CBS Edges NBC For #1 In The U.S. BBC One Tops In The UK. Seven Rules Again In Australia On Tuesday.

Posted on March 12, 2014 by overtheshouldermlb

NBC’s ‘The Voice’ was the #1 program on Tuesday.

Tuesday, 03.11.14
CBS edged NBC because it decided to run an all-rerun night yet again testing the limits of loyalty with its viewers. Some just said ‘No’. While others remained to multitask while Leroy, Deeks and the old group of ‘Person of Interest’ ran in the background as noise. The Tiffany Network led off the evening at 8P with a rerun of ‘NCIS’. This episode was a classic ‘Gibbs does John Wayne’ as he stood up to the enemy, without a weapon except that Leroy Jethro Gibbs stare. This is a Must See ON DEMAND episode of the decade. Oh…by the way, it drew 10.79 million viewers and a 7.0/11 with a year old showing of a program that will be labeled as one of the best in the series. But it was one of the rare time in its history, that it came in second against a program that was not a sporting event. At 9P, another rerun of ‘NCIS: LA’ was also a winner. With a runaway train and enough explosives to blow up the City of Angels, it drew 9.68 million viewers and a 6.1/10 as Deeks would say, ‘Mercury Rising’ kind of episode. The beauty of this series is the interplay between Deeks and Kensi. With her in Afghanistan for most of this season, it just isn’t the same. The producers should get smart and understand fans love these two together. This is the key to the programs ultimate success. Not unlike DiNozzo and the Lady Doctor or Tony and Ziva, note how tame ‘NCIS’ has become without this interplay. Besides all of this, it finished #1 in its time slot. At 10P, the third rerun of the evening was an oldie but goodie as ‘Person Of Interest’ began chasing a suspected lady-killer and instead found the person they were supposed to protect. Great episode as it drew 7.62 million viewers and a 4.8/8. It too won its time slot but this rerun business is getting old with the viewers. After all, CBS only outdrew NBC by 120,000 viewers. That is microscopic.

TNT with ‘Rizzoli & Isles’ drawing 4.745 million viewers at 9P, topped the cable network’s performance on Tuesday. Not only was it the #1 program on cable, but it was the #3 program on Tuesday night, broadcast or cable.

On this date in 1974, ‘Wonder Woman’ debuted on ABC. The show later went to CBS. 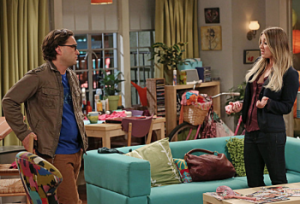 ‘The Big Bang Theory’ Renewed for 3 years by CBS.

CBS announced today a multi-year broadcast renewal for the top-rated, critically acclaimed comedy ‘The Big Bang Theory’. The Big Bang Theory, which is TV’s most-watched comedy and the top-rated broadcast entertainment show among adults 18-49, has been renewed for an additional three years, extending it through the 2016-2017 season. “Comedy is a big part of our schedule, and The Big Bang Theory is the biggest comedy force on television,” said Nina Tassler, Chairman, CBS Entertainment. “This multi-year deal further strengthens our network’s position for future seasons and marks another chapter in the great partnership CBS enjoys with Warner Bros. Television for delivering audiences the best in comedy. We’re proud to work with and showcase the incredible talents of Chuck Lorre, Steve Molaro and this amazing cast every week.”

The History Channel has put its sights on the Western, the world of Texas Rangers as a matter of fact, for its next big miniseries, currently titled ‘Texas Rising’. The eight hour miniseries, which will premiere in 2015 stars Bill Paxton, Brendan Fraser, and Ray Liotta.

‘Rizzoli & Isles’ with stars Angie Harmon and Sasha Alexander, was cable’s top program Tuesday and the #3 program in its time slot on all television.

The top program on cable was ‘Rizzoli & Isles’ on TNT at 9P with 4.745 million viewers. It was the #3 program in the time period in all of television on Tuesday. It finished more than 1.5 million above its closest competitor on cable. 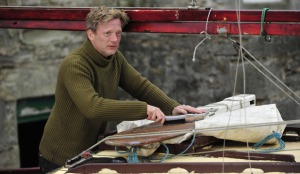 BBC One at 9P brought the season opener of crime drama ‘Shetland’ to the world and it topped the ratings outside of soaps on Tuesday, drawing an impressive 5.20 million viewers (22.9% share of the available audience) with strong competition from a tough football match on ITV. At 1035P, ‘Insane Fight Club’ drew 1.05 million viewers (10.9%.

ITV at 730P, had the frustrating coverage of Arsenal’s departure by Bayern Munich from the ‘Champions League’ with a tie 1-1 as it drew 4.54 million viewers (20.3%). So many chances. So many heart breaks.

BBC Four at 9P presented ‘Fossil Wonderlands’ and there were actually 654,000 viewer (2.9%) who actually watched this geological program.

Carly & Tresne battled back-of-Burke farmers Annie & Jason in a chaotic sudden-death that tested relationships and led to another My Kitchen Rules first and #1 in the ratings on Tuesday.

In other news, Nine going to have a new miniseries based on the story of Ned Kelly. Based on Peter FitzSimons’ book on the famous bushranger in Australia, it will be an eight part miniseries. The story of the Kelly Gangs was Australia’s first feature film in 1906.

As you can see, no matter where you are in the world with the exception of Australia where it was a two network race, we are…