NBC Tops In The U.S. With ‘The Voice’. ITV With ‘DCI Banks’ Wins In The UK. Seven Edges Nine In Australia With ‘My Kitchen Rules’ on Monday.

Posted on March 11, 2014 by overtheshouldermlb

On FOX at 8P, ‘Bones’ led off the evening with a superb episode regarding the solving of a difficult murder that left everyone hanging until the very last moments. It drew 6.51 million viewers and a 4.4/ 7. At 9P, as improbable as it may be, ‘The Following’ was renewed and it drew 4.88 million viewers and a 3.6/5. It was down 32% from last year’s comparable date.

The CW had a horrible evening as at 8P ‘Star-Crossed’ could only draw 1.04 million viewers and a 0.8/1 while second year program, ‘Beauty and the Beast’ did no better with 840,000 viewers and a 0.7/1. This performance was middle of the cable pack, worthy. 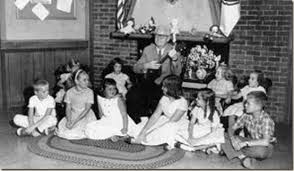 On this day, March 11th in 1947, The DuMont network aired ‘Movies For Small Fry’. It was network television’s first successful children’s program. This weekday series was one of the few successful series on DuMont, and aired in the evenings for more than four seasons before it was cancelled. After cancellation, Bob Emery returned to Boston and continued to do versions of the show on WBZ-TV until his retirement in January 1968. Small Fry Club originally aired weekly, but soon expanded to five days a week. The show was quite possibly the first television series to air five days per week.

‘Cosmos’ first episode drew an estimated 40 million viewers around the globe on Sunday.

FOX Networks reported an estimated 8.5 million viewers for the multi-network launch of part one of 13-part science-themed ‘Cosmos: A Spacetime Odyssey’ on Sunday, which debuted simultaneously on FOX, National Geographic Channel, FX, FXX, FXM, FOX Sports 1, FOX Sports 2, Nat Geo Wild, Nat Geo Mundo and Fox Life. The primary competition was the series-premiere of ‘Resurrection’ on ABC, ‘The Walking Dead’ on AMC, ‘The Good Wife’ on CBS and the season-finale of ‘True Detective’ on HBO. Based on the live plus same day data and the additional countries it will be airing this week, the projection is an initial global total audience of more than 40-million viewers.

On OWN, the new docuseries ‘Lindsay’ starring actress Lindsay Lohan, drew 693,184 total viewers on Sunday 10P, which was an increase of 178% vs the prior six-week time period average. Growth compared to the year-ago time period was 57% in total viewers. This was the top performance for OWN in the Sunday at 10P in 27 weeks.

AMC’s ‘The Walking Dead’ was the #1 cable program on Sunday.

Digital/Mobile News
AMC’s big hit ‘The Walking Dead’ resumed the top of the Twitter TV non-sports universe for the week of March 3 with a Unique Audience of 4.21 million people viewing any of the 307,000 episode-related tweets across the night of March 9. March 9 was a busy tweeting day for other telecasts. The first season finale of HBO’s ‘True Detective’ starring Woody Harrelson and recent freshly minted Best Actor Oscar winner Matthew McConaughey, ranked third for the week (3.48 million accounts/97,000 tweets). And the series premiere of the revived science presentation, ‘Cosmos: A Spacetime Odyssey’ hosted by Neil deGrasse Tyson and produced by ‘Family Guy’s’ Seth MacFarlane, was in fourth (3.48 million accounts/97,000 tweets). The highly anticipated second season premiere of the A&E hit drama, ‘Bates Motel’ was in seventh place (2.46 million accounts/157,000 tweets) for the week. ‘Bates Motel’ is a modern-day take on the characters of Norma and Norman Bates from Alfred Hitchcock’s ‘Psycho.

ITV’s ‘DCI Banks’ starring Steven Tompkinson was #1 in the UK on Monday.

ITV at 8P presented ‘I Never Knew That About Britain’ and it brought in 3.32 million viewers (14.6%). But at 9P, the power on Monday was ‘DCI Banks’ as it was the top overall program (outside of soaps) with 4.41 million viewers and 19.2% share of the available audience.

‘My Kitchen Rules’ wins on Monday in Australia.