CBS Squeaks By ABC For #1 On Wednesday. ITV Is On Top In The U.K. Seven Wins With Kitchen Again.

Posted on March 13, 2014 by overtheshouldermlb 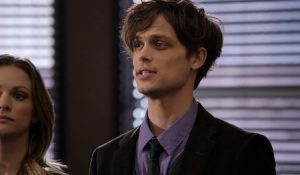 CBS’ ‘Criminal Minds’ was #1 on Wednesday.

Wednesday, 03.12.14
A crack in the invincibility of ‘American Idol’ appeared last night as CBS with its solid, older programming, squeaked by ABC and the powerhouse of ‘Idol’. CBS led off Wednesday with ‘Survivor’ and it pulled in 9.85 million viewers and a 5.9/10. At 9P, ‘Criminal Minds’ again was the top program of the night and in its time slot while it drew 10.72 million viewers and a 7.0 rating and an 11 share of the available audience. At 10P, the cornerstone of CBS on Wednesdays was ‘CSI’ and the Las Vegas crew drew 10.0 million viewers and a 6.4/10.

While its life span as #1 may be nearer than farther, FOX has a program that occasionally brings out the very best of what television can bring…live performances in front of a live audience and presented to the nation. At 8P, the final 11 contestants on ‘American Idol’ gave their best and for this evening on the Animal Network of Broadcast, it was completely fulfilling. ‘Idol’ drew 10.11 million viewers and a 6.9/11. It was down 24% from the comparable date last season. But the real story was about the performances. Three of the singers were superb but few hit the top of the charts like Caleb Johnson on ‘Music in Cinema’ night. Singing the theme song from ‘Skyfall’, he brought the house down. If you would like a glimpse at who could possibly be the next ‘American Idol’, check this out. http://www.youtube.com/watch?v=tBZrET3ClPQ. His performance was outstanding.

TBS was the top cable channel on Wednesday, as it had the top program on cable, ‘The Big Bang Theory’ which aired at 930P and drew 3.553 million viewers. 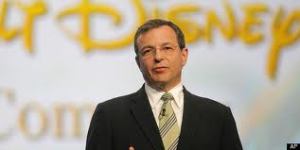 On this date in 2005, the board of directors of the Walt Disney Company officially announced that Robert Iger, Disney’s president and chief operating officer, would succeed Michael Eisner as the company’s chief executive officer (CEO). 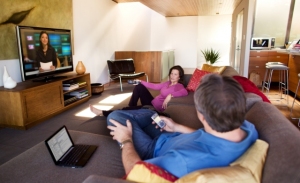 Various research outlets have released media usage estimates of late, with eMarketer making headlines last year when it estimated that US adults would spend more time with non-voice activities on mobile devices (i.e. mobile web/apps) than they would going online from desktop and laptop computers. This proved to be correct, according to recent comScore data. The researcher also estimated that time spent with digital media would outpace TV; newly-released data from Experian Marketing Services show that, when excluding work hours, it’s a close race.

In terms of individual activities, though, TV is the clear-cut winner: US adults spend more than 27 hours a week watching TV, per Experian. That figure is actually significantly less than what Nielsen sees (37 hours a week on average among adults) – although those figures vary wildly by age group. Nevertheless, Experian’s estimate for TV outstrips by a large margin the average amount of time adults spend on computers at work (11:40) or at home (8:53). Mobile devices fall a little further behind, with average time spent with mobile phones and tablets working out to be a little less than 8 hours a week each, per Experian’s numbers. Interestingly, the study finds that adults spend more time with their gaming consoles (6:51) than they do with newspapers (2:26) and magazines (2:24) combined. That’s despite those print channels sporting significantly higher reach on both a weekly and daily basis than gaming consoles.

Regarding device reach, TV is still the leader, with 97% of US adults watching TV during a typical week, and 84% on a typical day. Mobile phones aren’t far behind, at 89% and 68%, respectively. Those gaps narrow when looking at the affluent population (defined as those with incomes of $100,000+). Among this group, 80% use a mobile phone on a typical day and 87% watch TV. And during the typical week, 96% use mobile phones (who are those other 4%?) and 98% watch TV.

Experian notes that many adults multi-task while watching TV, a well-known behavior at this point. Some 31% of adults say they often use their mobile phones or computers while watching TV, with this more prevalent among smartphone owners, of whom 44% use their device in front of the TV.

After the three-season renewal for ‘The Big Bang Theory’ comes word that CBS has issued early pick-ups to 18 additional series for next season. They are comedies ‘2 Broke Girls’, ‘The Millers’, ‘Mike & Molly’, ‘Mom’ and ‘Two and a Half Men’; dramas ‘Blue Bloods’, ‘CSI’, ‘Criminal Minds’, ‘Elementary’, ‘The Good Wife’, ‘Hawaii Five-O’; ‘NCIS’; ‘NCIS: Los Angeles’ and ‘Person of Interest’; reality entries ‘The Amazing Race’ and ‘Undercover Boss’; and veteran newsmagazines ’60 Minutes’ and ’48 Hours/. Perennial “Survivor” was already confirmed to return for two additional seasons. The renewal of ‘Two and a Half Men’ takes the Jon Cryer/Ashton Kutcher sitcom into season 12, which will tie ‘My Three Sons’ as the second longest running scripted sitcom historically (behind ‘The Adventures of Ozzie & Harriet’). ’60 Minutes’ made its debut on Sept. 24, 1968, is the longest running series on the list. And ‘CSI’, which debuted on Oct. 6, 2000, is heading into season 15.

Missing from the mass renewals shockingly is six-year old drama ‘The Mentalist’ which won its time slot last Sunday against strong competition and was the #2 program on all of television on that day, and the recent drama entry ‘Intelligence’ which we have noted is off and on with the scripts. Also the freshman comedy ‘The Crazy Ones’ which has not benefited since flipping time periods with ‘Two and a Half Men’ was not on this list. 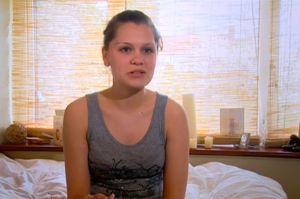 ITV’s ‘You Saw Them Here First’ was #1 in the UK on Wednesday.

As you can see, no matter where you are in the world with the exception of Australia where it was again a two network race, we are…