Thursday Belonged To CBS Again In The U.S. BBC One Topped All In The U.K. Seven #1 In Australia.

Posted on April 11, 2014 by overtheshouldermlb 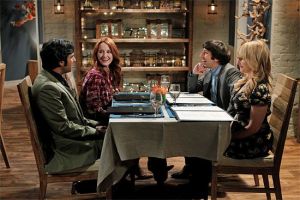 Thursday, 04.10.14 (Posted 04.11.14)
For the ninth night out of the last ten (and that was only because the CBS sports crew was working at TBS for the ‘Final Four’ last Saturday evening), CBS was #1 on Thursday evening giving The Tiffany Network the prime time title once again. At 8P, America’s favorite comedy, ‘The Big Bang Theory’ drew 15.99 million viewers and a 10.6 rating and a powerful 18 share of the available audience. At 830P, ‘The Millers’ drew 10.24 million viewers and a 6.4/11. At 9P, ‘Two and a Half Men’ sipped a bit and drew 9.62 million viewers and a 6.3/10 while at 930P, with a reunion of former ‘Mork & Mindy’ stars, Robin Williams and Pam Dawber’ ‘The Crazy Ones’ drew 6.92 million viewers and a 4.7/6. At 10P, ‘Elementary’ in a brilliant episode about handling the death of a close friend, drew 7.91 million viewers and a 5.3/9. It was Must See TV ON DEMAND. All of these programs, with the exception of David E. Kelley’s ‘The Crazy Ones’, have already been renewed for next season.

Late Night
In late night, it was more overnight dominance for NBC with its line-up of ‘The Tonight Show Starring Jimmy Fallon’ which delivered a 2.9/7, up 7% over Jay Leno last year on this comparable evening. ‘Jimmy Kimmel Live’ on ABC scored a 2.7/6, up 19% over last year. Highlights from the ‘2014 Masters Tournament’ pushed back CBS’ line-up by 15-minutes, which is why David Letterman (an encore) and Craig Ferguson are not included. ABC’s ‘Nightline’ pulled a 1.5/5 while NBC’s ‘Late Night With Seth Meyers’ had a 1.3/5, down 7% from Jimmy Fallon one year earlier. NBC’s ‘Last Call With Carson Daly’ pulled a 0.8/3. 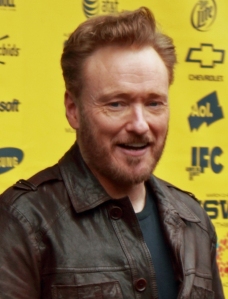 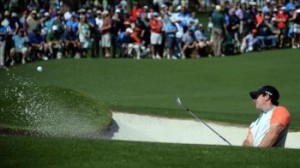 ESPN’s Thursday Masters Telecast Attracts 2 Million Viewers. ESPN’s live telecast of the first round of the 2014 Masters Tournament on Thursday, April 10, attracted an average audience of 2 million viewers with a 1.5 U.S. household rating, according to Nielsen Media fast national data. ESPN’s telecast aired from 3-7:30P. Viewership peaked at 2.4 million between 6:30-7P while the ratings peak was a 1.7 between 6-6:30P. As much as one would believe these are good numbers, it is one of the first without Tiger Woods and because of the lack of that star power magic, it was down from last year’s, 2.8 million viewers and 2.0 rating. How valuable is Tiger Woods to a telecast? About 29% of the available television audience. That’s a lot of eyeballs for sponsor’s to miss. 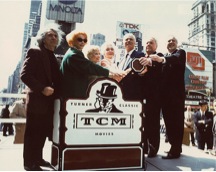 Turner Classic Movies to Celebrate 20th Anniversary on April 14th. With 11 Film Favorites and Brand New Special TCM: Twenty Classic Moments. On April 14, Turner Classic Movies (TCM) will celebrate its 20th Anniversary with a day packed with 11 of the greatest movies ever made, plus the premiere of a brand new retrospective special, TCM: Twenty Classic Moments. In addition, TCM will present an encore of its enormously popular and widely requested special, Private Screenings: Robert Osborne, an in-depth interview with the TCM host, who has been with the network since the very beginning. “For nearly two decades, TCM has evolved far beyond a network that presents classic films,” said Jeff Gregor, general manager of Turner Classic Movies and chief marketing officer of TCM, TNT and TBS. “We’ve become a lifestyle brand for movie lovers everywhere, who come to TCM not only for the great movies, but also for the curated, contextual environment in which they get to enjoy those films. Like our community of fans, we at TCM share a true passion for the movies, and that passion is on full display in our April 14 schedule and especially in our new special, TCM: Twenty Classic Moments.”

Hosted by TCM’s Ben Mankiewicz, TCM: Twenty Classic Moments is a walk down memory lane of memorable interviews, events and other happenings in TCM’s 20-year history. As Mankiewicz points out at the beginning of the special, “These aren’t necessarily the greatest moments, because everyone has their own definition of ‘greatest.’ Rather it’s a collection of truly Unforgettable moments in our history as a network.”

The following are some of the memories featured in TCM: Twenty Classic Moments, which premieres Monday, April 14, at 7 p.m. (ET):
Turner Classic Movies founder R.E. “Ted”Turner throws the switch on April 14, 1994, in Times Square to launch TCM.
Mickey Rooney transfixes Robert Osborne while telling the story about a fight he once had on the set of a movie. (1997)
An incredibly nervous Betty Hutton joins Osborne for her first on-camera interview in decades. (2000)
TCM teams up with the Library of Congress and the Brigham Young University Motion Picture Archive to preserve and present six RKO classics that had been lost for years. This marked one of many film preservation initiatives in which TCM has participated. (2006)
Osborne just can’t stop laughing during an interview with Kermit the Frog, one of TCM’s many memorable celebrity Guest Programmers. (2007)
Robert Osborne receives a Star on the Hollywood Walk of Fame. (2008)
TCM wins the George Foster Peabody Award, one of the highest honors in television. (2008)
Fans from around the country help introduce some of their favorite movies on TCM as Fan Guest Programmers. (2009). Osborne interviews two-time Oscar® winner Luise Rainer, who had just turned 100, at the first-ever TCM Classic Film Festival in Hollywood. Even a volcano in Iceland and a broken hearing aid couldn’t keep Rainer from what was one of the most remarkable interviews in TCM history. (2010)
Ben Mankiewicz sits down with his own father, Frank Mankiewicz, to introduce four of Frank’s films during a special Father’s Day marathon. Frank subsequently becomes a fan favorite and is later featured as a special guest on the TCM Classic Cruise. (2013). Following the premiere of TCM: Twenty Classic Moments, TCM will present the first movie ever to air on the network, the legendary Gone with the Wind (1939). Next up is an encore of Private Screenings: Robert Osborne, the 2014 special that gave viewers the chance to get to know the man who has served as host of the network from the very beginning. The night will also include the second film ever on TCM, Singin’ in the Rain (1952), as well as two other films that aired in primetime on TCM’s first night.

BBC One’s ‘MasterChef’ was #1 again in the UK for the second night in a row.