Posted on November 30, 2016 by overtheshouldermlb

‘Fantastic Beasts and Where To Find Them‘ #1 at the International box office weekend 25-27 November 2016.

This Weekend in 1942, ‘Casablanca‘ premiered at the Hollywood Theatre, New York.

Cliptomize continues to grow as it has 106,312 users and 157,657 clipbooks with 797,479 visitors and 442,688 unique visitors with over 3.811 million page views. 4 minutes 58 seconds average time spent on spent on site since the beginning. In November, average time spent on site is 5 minutes 26 seconds. This past week, it introduced the ability to upload multiple photos at the same time; allows you to insert links referring to another website in your clipbooks and you can search for titles, content and authors. Cliptomize For Business Service Bureau during recent NDA client campaign including 22 sends delivered a remarkable open rate of 49.79% and a click-through rate of 48.33% ‪#‎clipit‬, ‪#‎clip4biz‬🖇 Double Your Open Rate & Click-Through Rate Now!: http://www.cliptomize.com/Clipbook/View/250922?secret=h42qm2ns5g The First step to engagement is click-through 🆕 WEDNESDAY AUSTRALIAN OVERNIGHT TV RATINGS (*SEE BELOW)

CBS
The Tiffany Network with complete reruns fell to second.

The CW
The Little Network That Couldn’t … did for one hour. Good enough to beat Murdoch’s Minons.

UNI
The #1 Hispanic Network in America showed it strength without the top Hispanic program.

TEL
The Avis of Hispanic Networks in America debuted a new telenovela with mixed results.

FOX
The Animal Network of Broadcast finished dead last with broadcast networks on Tuesday. Murdoch’s Minions are continuing to fail.

On this date in 1971, ABC-TV aired ‘Brian’s Song’. The movie was about Chicago Bears’ Brian Picolo and his friendship with Gale Sayers.

Quote Of The Day
‘Always bear in mind that your own resolution to succeed is more important than any other.’
Abraham Lincoln

Millennials Are Drawn To Internet and Mobile For News

A Pew Research survey earlier this year found that millennials were roughly twice as likely to “often get news” from the internet as from TV. Fully half of those 18-29 cited the internet (including social media) as compared to 27% from TV. Among older generations, those 50 and above, the skew was even more pronounced—but in the opposite direction, with the vast majority tapping TV over the internet.

Not only are younger users more likely to turn to the internet for news, they are more likely consume it via mobile devices. comScore Media Metrix data from May shows a sharp bias for mobile among younger users, with nearly three-quarters of their time spent consuming news/information on mobile devices rather than desktops.

In September, Vistaprint Digital surveyed 1,001 small business owners in the US about their online and offline marketing mix. The majority of those polled came from companies that had fewer than 10 employees. More than half (or 53.3%) of respondents said they mainly use social media to market their organization online. Another almost a third of small business owners said they use their websites. Other tactics like online ads and directory listings fell far short with only 6.6% and 5.0%, respectively, of those polled.

Meanwhile, when it comes to offline marketing tactics, business cards were the overwhelming majority with 51.1%.

When it comes to online marketing, other research also points out small businesses’ preference for social media, even in advertising. Magisto, a video editing software firm, reported in October that more than 40% of small and medium-sized businesses in the US count on social media ads for brand awareness and revenue generation.

How Marketers Are Using Location Data
The vast majority of marketers see location data as either important or critical to their mobile efforts, according to survey results from the Mobile Marketing Association (MMA). Location data is valued most for its ability to improve targeting and insights, though many also see it as useful for understanding the path to purchase and as a way for measuring ad effectiveness.

The report notes that these are also the primary ways in which marketers are leaning on location data: about two-thirds have used it for targeting in the past year, while a majority have also used it for insights (61%), measuring effectiveness (57%) and attribution (53%).

Not too surprisingly, social media (66%) is the top area in which marketers use location data, with search (51%) next and display/rich media (42%) following. One might expect some lifts in these latter areas given Google’s recent upgrades in distance and location metrics based on search and AdWords data.

Turning to the various types of location-based applications, the MMA study reveals that real-time location-based advertising is not only the most widely used strategy but also the one perceived to be the most valuable.

For marketers responding to the survey, the quality of the data is the top concern with location data. Marketers appear more concerned than agencies across a list of various challenges, the most notable difference surrounds lack of transparency into data sources and methodologies, which is one of the top concerns for marketers but one of the smallest worries for agencies.

Seven
The Second Commercial Network in Australia finished with and average 570,600 viewers and a 29.7% share.

Nine
The First Commercial Network in Australia finished with a 25.3% share.

Ten
The Third Commercial Network in Australia finished with a 18.0% share.

SBS
The Special Broadcast Service in Australia finished with a 10.2% share.

Nine
The First Commercial Network in Australia finished with a 23.8% share.

Ten
The Third Commercial Network in Australia finished with a 19.5% share.

SBS
The Special Broadcast Service in Australia finished #5 Wednesday with a 9.9% share. 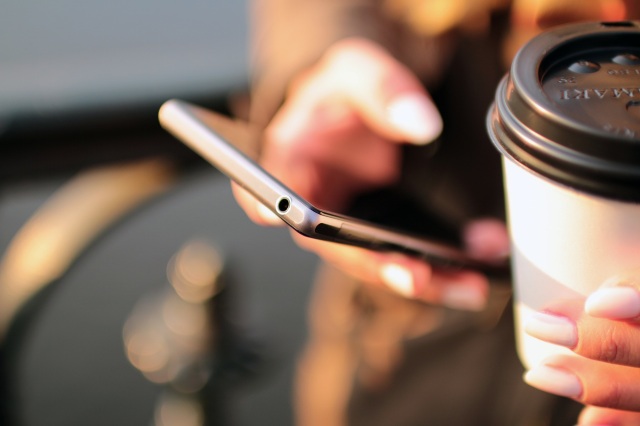