Posted on August 1, 2015 by overtheshouldermlb

The Disney Channel was the #1 network on Friday as ‘Descendants’ was the top program.

The World That Walt Built Network finished #1 on Friday, not a bad accomplishment for a pay channel. At 8P, ‘Descendants’, a modern-day, coming-of-age adventure about the teenage sons and daughters of Disney’s most infamous villains, delivered an an average 6.6 million total viewers. And at 10P, the new comedy, ‘BUNK’D’, which finished with a 4.2 million total viewers. Of note, on Twitter, ‘Descendants’ on Disney Channel was the #1 most social non-sports program on Friday, July 31, as topics from nearly half-a-million users produced over 2 million impressions. ‘Descendants’ ranks as the #1 cable TV movie of 2015 in total viewers.

The Little Network That Couldn’t did something amazing on Friday. It finished #4 for the evening as it beat FOX in prime time as it presented an evening of… Magic anyone? At 8P, ‘Masters of Illusion’ finished with a strong 1.275 million viewers. But then at 9P, ‘Penn and Teller: Fool Us’ increased the audience even further, sealing FOX’s fate with an average 1.315 million viewers. It was a great night to be CW’er.

The Animal Network in Broadcast fell into the basement on Friday, relying on reruns of reruns and all it did was allow the audience to disappear from Murdochville. At 8P, a rerun of ‘MasterChef’ finished with an average 1.535 million viewers. But at 9P, in preparation for next season beginning in September, another rerun of ‘Gotham’ could only draw 881,500 viewers. Pink slips for the programmers? Murdoch’s Minions could not be found Saturday morning.

On this date in 1971, ‘The Sonny and Cher Comedy Hour’ debuted on CBS-TV as the Schnitzelhaus was the sponsor in Milwaukee.

The Independent One provided the battle but fell just a bit short. It was a foodies delight on Friday on the Indy One as it all began easy enough at 8P with ‘Gino’s Italian Escape: A Taste of the Sun’ was its highest rated show outside of soaps, attracting 2.39 million (13.6%). Then at 9P, ‘BBQ Champ’ slipped with 2.29 million viewers (12.8%). Featuring Adam Richman, Mark Blatchford and Myleene Klass, the brand new cooking competition peaked with 2.51 million. Point learned: Viewers on this Friday liked Italian better than BBQ. Lovers of Finos loved it (located at N Row & Dunhaven Street. Their pizza is great.)

The Big Four brought out ‘8 out of 10 Cats Does Countdown’ and it was once again 4’s most popular show, with an average 1.61 million viewers (9.0%), demolishing the pathetic effort by the Viacom Five. Earlier, ‘Location, Location, Location’ doubled Viacom Five’s effort with 850,0000 viewers (4.6%) and it followed by ‘The Last Leg’ which set up the audience for ‘Countdown’ with 1.24 million viewers (8.4%).

The Viacom Five had ‘Weather Terror: Eye of the Storm’ and it peaked with 656,000 viewers (3.6%). It was followed by ’20 Moments that Rocked Comedy’ and it dropped to 640,000 viewers (3.7%) on one of Viacom’s worst nights of the year. Note to programmers: fire the Murdoch Minions and replace them with Paley’s Pals.

Nine was #1 in Australia on Friday as ‘News Nine’ was the top program.

The Special Broadcast Service in Australia finished #6 with an average 5.2% share.

The Second Commercial Network in Australia finished #1 on Saturday with a 29.1% share of the available audience. And now the miracle of overnight research. Seven had one program in the Top Ten on Saturday and it wasn’t #1 and it wasn’t in prime time. #2 was ‘Seven News Saturday’ which finished with an average 896,000 viewers. The ratings…a magic act. 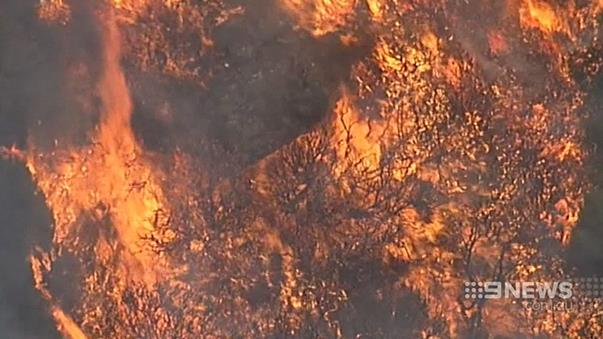 The National Nine Network finished #3 on Saturday with a 20.9% share of the available audience. Nine had two programs in the Top Ten on Saturday. #3 was ‘Nine News Saturday’ which finished with an average 883,000 viewers. And, #8 was ‘Getaway’ with 427,000 viewers.

The Third Commercial Network in Australia finished fourth with a 19.1% share. #9 was the movie, a rerun of ‘Mission Impossible-Ghost Protocol’ and it delivered an average 424,000 viewers. #10 was ‘Epic’ which delivered 354,000 viewers.

The Special Broadcast Service in Australia finished #5 with a 4.8% share of the available audience.