Posted on April 14, 2014 by overtheshouldermlb 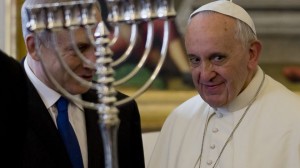 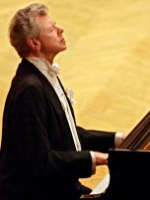 On this date in 1958, Van Cliburn appeared on national TV for the first time. He was on NBC’s ‘The Tonight Show’ with Jack Paar. Skitch Henderson, the music director, brought then unknown pianist Van Cliburn who was a student at Julliard and had not yet won the International Tchaikovsky Competition in Moscow later in 1958. Henderson admired his artistry. However, an NBC ultimatum required that a classical music number not last more than four minutes. Henderson found the perfect solution as he had Van Cliburn play Gershwin preludes. “In 1958, Van Cliburn proved to the world that music is a transcendental force that goes beyond political boundaries and cultural boundaries and unifies mankind. He was a very concrete example of that,” said Veda Kaplinsky, head of the piano department at the Juilliard School in New York.

‘Fargo’ begins its long, anticipated debut tomorrow on FX at 10P. It will follow a new case and new characters, all entrenched in the trademark humor, murder and “Minnesota nice” that has made the 1996 film of the same name an enduring classic. The Coen Brothers ensemble cast includes Billy Bob Thornton, Colin Hanks, Allison Tolman, Peter Breitmayer, Josh Close, Tom Musgrave, Bob Odenkirk and Kate Walsh. 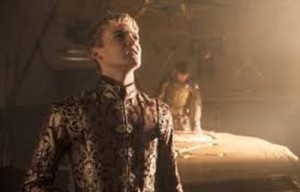 HBO’s ‘The Game of Thrones’

HBO’s ‘Game of Thrones’ drew 6.3 million viewers on Sunday and was the second most watched episode in its history. The second episode of ‘Silicon Valley’ earned 1.7 million viewers, while week two of ‘Veep’ scored 860,000 viewers.

Golf Channels’ ‘Arnie’, the three-night primetime television event on the life and legacy of Arnold Palmer, got off to a record start Sunday becoming the most-watched original film in Golf Channel’s history, with 471,000 viewers after only its first of three installments, according to Nielsen Fast Nationals. #Arnie was trending nationally on Twitter during the premiere of Arnie from 10-11P on Sunday night.

BBC One’s ‘Countryfile’ had the team visit the Merseyside coast around Southport. It was #1 in the UK on Sunday.

‘Downton Abbey’ was #1 drama in Australia on Sunday. Rosamund hatches a plan to help Edith out of her predicament, but will Violet see straight through it?

Catch up with the latest Media Notes Canonical at http://www.cnasophis.com