Posted on October 17, 2016 by overtheshouldermlb

‘It’s All About Screens.’ This is the Daily Diary of Screens #dailydiaryofscreens 🇺🇸🇬🇧🇦🇺💻📱📺🎬﻿. For Sunday, October 16, 2016.
NBC #1 broadcast network but FOX’s ‘NFL Dallas Cowboys v Green Bay Packers‘ was the top broadcast program overall.
FS1 finished #1 cable network as ‘MLB ALCS GM#2 featuring the Dodgers vs Cubs‘ top program.
TEL #1 Hispanic network as ‘Hasta Que te Conocí‘ top Hispanic program.
In the UK, BBC One #1 as ‘Strictly Come Dancing‘ top program.
In Australia, ‘Nine‘ finished #1 broadcast network as ‘Seven News‘ was the #1 newscast as ‘The Block‘ finished as the #1 program.
‘The Accountant‘ #1 at the U.S. box office on the weekend 14-16 October 2016.
‘Inferno‘ #1 at the International box office weekend 14-16 October 2016.
Sales of movie theater ads jumped 13.4% in 2015 as it reached $716 million in advertising sales. There are 3.734 Billion Unique Mobile 68% Social Ad Clicks Are Now Mobile. Users as of this quarter, account for a 51% worldwide penetration. Direct uploads of user videos to Facebook now exceed YouTube. 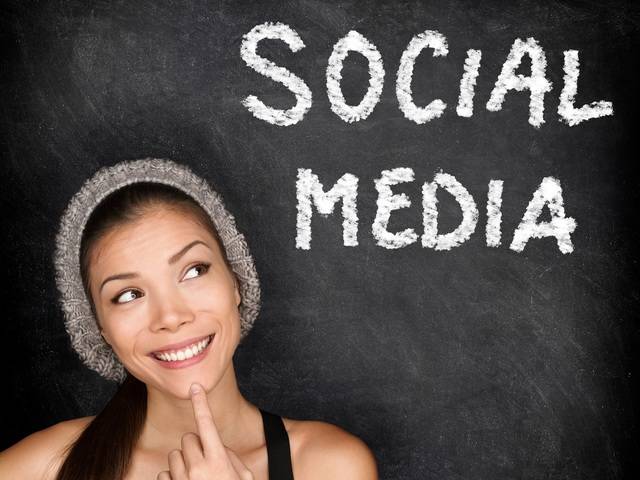 Cliptomize continues to grow as it has 97,206 users and 142,868 clipbooks with 731,636 visitors and 410,270 unique visitors with over 3.489 million page views. 4 minutes 56 seconds average time spent on spent on site since the beginning. In October, average time spent on site is 4 minutes 20 seconds. Cliptomize For Business Service Bureau during recent NDA client campaign including 20 sends delivered a remarkable open rate of 49.16% and a click-through rate of 48.72% ‪#‎clipit‬, ‪#‎clip4biz‬🖇 Double Your Open Rate & Click-Through Rate Now!: http://www.cliptomize.com/Clipbook/View/250922?secret=h42qm2ns5g The First step to engagement is click-through 🆕 MONDAY AUSTRALIAN OVERNIGHT TV RATINGS (*SEE BELOW)

NBC
The Peacock Network had NFL Football on Sunday.

FOX
The Animal Network of Broadcast road the last quarter of the Cowboys v Packers game to victory on Sunday.

On this date in 1962, The Beatles first appeared on Great Britain’s Grenada TV Network. 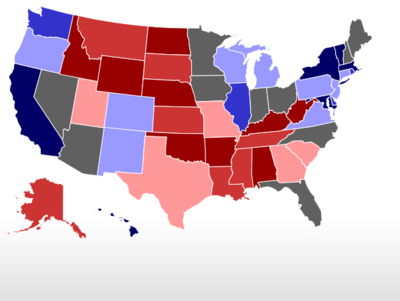 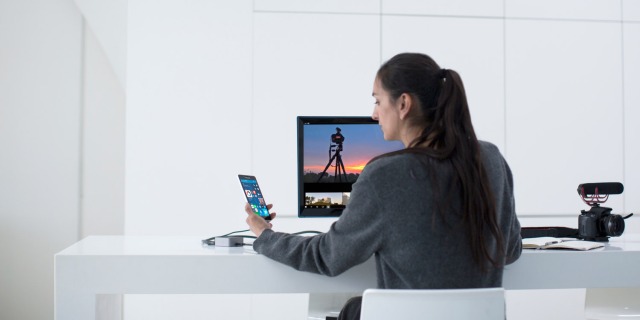 New Study Reveals Best Time To Show Ads
There’s plenty of research and data that shows the best time to tweet or when to show your ads on Facebook or Google AdWords among other platforms. As per Joe Liebkind, writing in VentureBeat.com, posting at the right time ensures that you get to your target audience at the time they’re most likely to view your content and take necessary action.

But content websites have had less guidance. What is the best time to present ads to your readers? What is the best content strategy that will ensure your website visitors make the most of your content and ad?

To better understand the behavior of users on content websites, CodeFuel — an engagement and monetization suite for publishers — and Nielsen conducted an online survey, published in September 2016, which reveals fascinating statistics about ad consumption preferences, preferred devices, and content consumption. If you know exactly what your users are doing throughout the day, you can make the most out of your ads.

The best time for content consumption
This is extremely important to all online marketers. As you fight for attention from your very busy audience, you need to give them what they want, at the right time. According to CodeFuel and Nielsen, this is how users are consuming content:

Break time is the best time to show your audience ads because they are just browsing without a definitive goal. This research shows that at noon, 43% of users go and consume content without any other purpose.

Ad consumption preferences
The study further showed that:
◉ 79% of consumers prefer to access free or ad supported content
◉ 43% will watch an entire video ad if it has interesting content
◉ 39% click on an ad if it has an interesting offer
◉ 28% will click if it’s an ad by a preferred brand
◉ 25% claimed that nothing would make them click on any ad
This shows that in your overall strategy, you should focus on building a solid brand reputation. Your ads should also always have an interesting offer to increase the clickthrough rates.

Which devices are your consumers using?
It is clear that people have migrated from stationary to mobile devices, leading to a huge growth in mobile advertising. PricewaterhouseCooper predicts that the Internet will soon overtake TV in advertising and that billions will be spent on the mobile market. As an advertiser, you cannot ignore the importance of mobile.

As much as there is cutthroat competition on mobile apps, the study revealed that users prefer mobile web over apps. 23% of users prefer using the browser on their mobile phones, while only 15% use mobile applications. For great impact, your ad should appear interesting in computers and all major phone browsers.

Why is it important to know what your audience is doing throughout the day?
People nowadays are focused on multi-tasking. They no longer just focus on one thing at a time. The rise of the Internet and smartphones has brought about new perspectives in the way people interact, look for information, or entertain themselves.

So, how do you get the attention of someone who is constantly tweeting, taking selfies, and chatting? You determine what times they’re more likely to consume your ads. Know what format they prefer. Take a multifaceted approach in your content production strategy. Just like in any other business, production strategies should always match with possible consumption strategies.

Takeaways
Displaying ads when most people are working, studying, or not visiting sites will lead to lower clickthrough rates. This means advertisers get lower returns on their investments.

Due to the competition for attention, marketers will need to be more creative to increase attention to their content and ads. As this study shows, 43% of users will watch an interesting video and 39 percent will click on an ad if it has an interesting offer.

Entrepreneurs and businesses will need to work on improving brand trust. This will help them capitalize on the 28 percent of visitors who click on ads from a preferred brand.

There will be an increase in creating mobile-compatible content. Since everyone wants to do things on the go, even ads will need to be made in such a way that they will appear interesting on mobile.

9P ‘Tutankhamun‘ series debut finished with an average 4.5 million viewers and a 20.4% share. 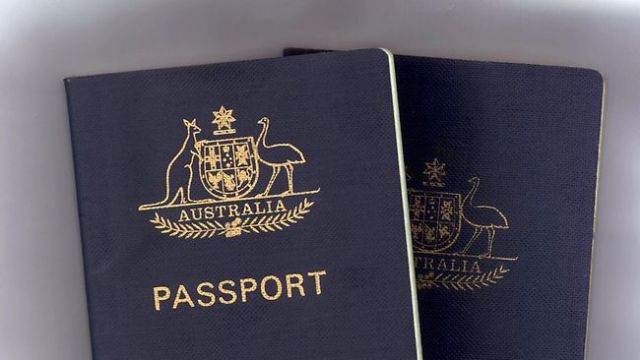 Nine
The First Commercial Network In Australia finished #1 Sunday with with an average 986,333 million viewers and a 34.6% share.

7P ‘The Block‘ with the end of ‘Kitchen Week’ finished #1 overall with an average 1.279 million viewers

Ten
The Third Commercial Network in Australia finished with an average 465,833 viewers and a 15.8% share.

ABC
The Alphabet Network in Australia finished with a 15.7% share. 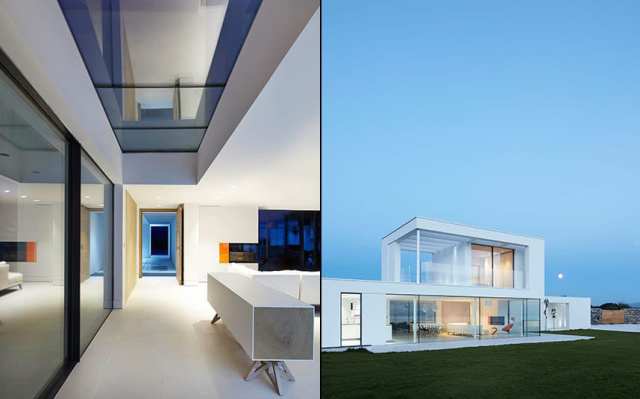 SBS
The Special Broadcast Service in Australia finished #5 with a 5.7% share. 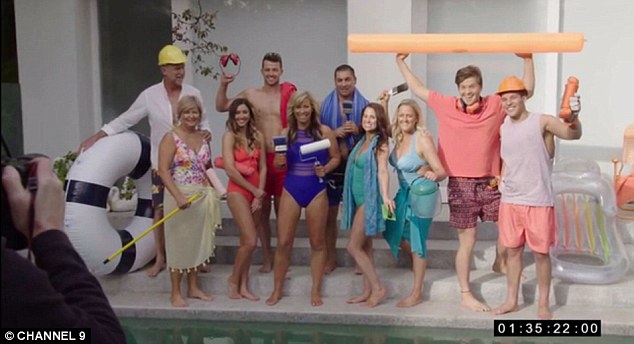 Nine
The First Commercial Network in Australia finished with an average 851,000 viewers and a 27.3% share.

Everybody loves a spray tan…IF YOU’RE IN ICELAND!

Ten
The Third Commercial Network in Australia finished with an average 840,200 viewers and a 21.0-% share. 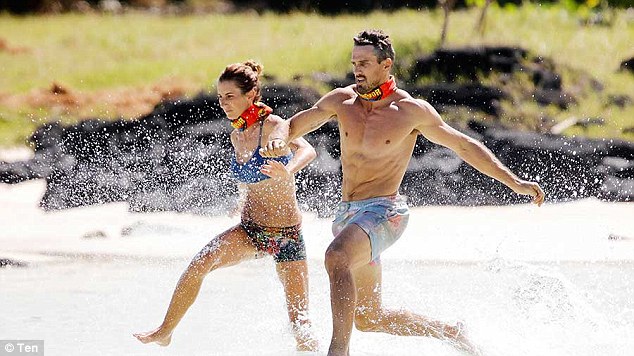 Bye-bye Sam. Hate to see you go. But after all, this is ‘Survivor’. What did you expect? They would be your friends?

Seven
The Second Commercial Network in Australia finished with an average 818,400 viewers and a 27.6% share.

ABC
The Alphabet Network in Australia finished with an average 610,600 viewers and a 19.2% share.

SBS
The Special Broadcast Service in Australia finished #5 Monday in prime time with an average 5.8% share.