Posted on August 23, 2016 by overtheshouldermlb

‘It’s All About Screens.’ This is the Daily Diary of Screens. For Monday, August 22, 2016.
NBC finished #1 broadcast network as ‘American Ninja Warrior‘ was the top broadcast program.
TEL finished #1 Hispanic Network Monday as ‘Señora Acero 3: La Coyote‘ top program.
In the UK, BBC Two #1 as season premiere of ‘Ripper Street‘ top program.
In Australia, ‘Seven‘ narrowly finished #1 as ‘Seven News‘ was the #1 newscast and ‘Zumbo’s Just Desserts‘ finished as the #1 program.
‘Suicide Squad‘ #1 at the U.S. box office again on the weekend 19-21 August 2016.
‘Secret Life of Pets‘ #1 at the International box office weekend 19-21 August 2016.
Sales of movie theater ads jumped 13.4% in 2015 as it reached $716 million in advertising sales. There are 3.734 Billion Unique Mobile 68% Social Ad Clicks Are Now Mobile. Users as of this quarter, account for a 51% worldwide penetration. Direct uploads of user videos to Facebook now exceed YouTube.

Cliptomize continues to grow as it has 87,532 users and 127,440 clipbooks with 636,007 visitors and 345,766 unique visitors with over 3.124 million pageviews. 5 minutes 6 seconds average time spent on spent on site since the beginning. In August, average time spent on site is 3 minutes 51 seconds. Cliptomize For Business Service Bureau during recent NDA client campaign including 20 sends delivered a remarkable open rate of 49.16% and a click-through rate of 48.72% ‪#‎clipit‬, ‪#‎clip4biz‬🖇 Double Your Open Rate & Click-Through Rate Now!: http://www.cliptomize.com/Clipbook/View/250922?secret=h42qm2ns5g The First step to engagement is click-through 🆕﻿ TUESDAY AUSTRALIAN OVERNIGHT TV RATINGS (*SEE BELOW)

ABC
The Alphabet Network relied on their old standard, T&A, on Monday.

CBS
The Tiffany Network gave us a complete rerun schedule

FOX
The Animal Network of Broadcast relied on dancing.

The CW
The Little Network That Couldn’t had a girl who can fly.

On this date in 1962, the first live TV program was relayed between the U.S. and Europe through the U.S. Telstar satellite.

Quote Of The Day
‘People will always try to stop you doing the right thing if it is unconventional’.
Warren Buffett,
Businessman, Investor and Philanthropist’ 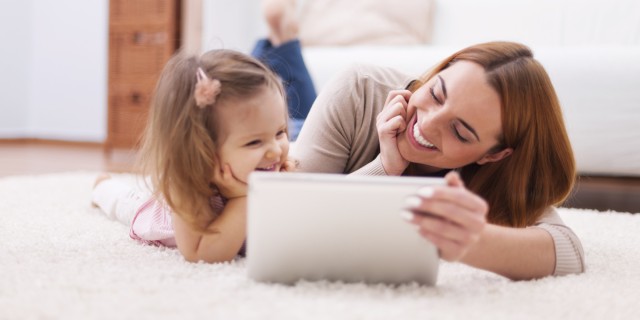 How Brands Can Use Empathy To Connect With Millennial Moms Today
Scott Madden, writing in AdAge, suggests millennial moms are a cross between ‘Leave it to Beaver’s’ June Cleaver and ‘Odd Mom Out’s’ Jill Kargman: They want to do the best for their families while embracing the imperfections of parenting (and life). They also represent the greatest lifetime monetary value of any consumer segment in the history of marketing.

Connelly Partners‘ Millennial Mom Project followed a group of millennial moms recently over an eight-week period. Although they share many of the maternal tendencies and traits of prior generations, there are very distinctive qualities and tendencies, and an opportunity for marketers to create messages with pure empathy to reach them.Here are some insights:
1. Millennial moms have it tough. The complexity of being a good mom has never been greater. Although previous generations of moms might have something to say about it, the millennial mom’s perception is her reality. She’s a cyber-security expert and secret service agent. Her “trust no outsider” mentality means keeping a smaller universe for her children to live in and interact with. This small universe gives mom a more manageable force-field to operate from and let her guard down more easily.

Empathic opportunity: By acknowledging millennial mom’s protective anxieties, marketers can reinforce that they’re part of a large universe of united moms who are determined to find a resemblance of true freedom and peace of mind.

2. Millennial moms feel overwhelmed by an endless sea of new studies and theories on diet, nutrition, education and physical fitness. “Don’t do this; “Do this;” “Be sure to eat plenty of that;” and “Remember what we said last week?”

“It’s different this week” has resulted in a fluidity in mothering principles. At the same time, it can manifest in exasperation, given the volume of information that cycles continuously through their devices.

According to the GfK MRI 2015 Doublebase study on millennial moms, nearly 60% always check the ingredients and nutritional content of food products before they put them in their shopping cart.

Empathic opportunity: Brands can win over millennial moms by recognizing the unprecedented challenge of dealing with the volume of information to digest and decipher. Brands need to tell moms that it’s okay to not sweat the small stuff and revel in the masterful job they’re already doing as a great mom.

3. “Like” me for me. The generation that brought self-publication and promotion to to our culture now shudders at the monster it’s become. More than two in five millennial moms feel pressure to make sure their life and family looks “put together” from the outside, and more than a quarter of millennial moms agree that they feel compelled to hide some of the “dirty truths” of being a mom.

That makes it easier to understand why platforms like Snapchat are preferred by millennials for their raw self-expression and forever-gone-in-an-instant posts. But realness can be boring compared to moodiness, sassiness or down-right ugliness. Millennial moms find novelty and comfort in others who not only share their imperfection, but revel in it. It is a point of liberation for these women who hold themselves otherwise to an unattainable standard, like the 68% of moms(not just millennnial moms) on social media who feel that their parenting decisions are always or sometimes judged by other moms.

Empathic opportunity: A brand that has the self confidence to admit it is far from perfect will convey the purest form of empathy. It’s not uncommon for a brand today to effectively celebrate realness, but to be truly empathetic with these moms, a brand needs to be transparent with its own imperfection — making light of its “uglies” with humility and a bit of self-deprecation that is powerfully human; that’s the secret to creating natural brand affinity with this group.

4. I am mommy. Hear me roar. Millennials spent their entire childhood and early adult years chasing the quest for individualism and originality. In fact, 88% of millennial moms rated “authenticity/being true to myself” as very important (MRI). The body art-obsessed generation has carried its “I’m not like anyone else” trait and the millennial mom’s attitude is, “No one is going to tell me how to be a good mother.” These moms are programmed to “walk their own walk” when it comes to the rules they abide by in raising their kids. They are contrarians to not only the practices of their own mothers but to socially embraced concepts and principles.

Empathic opportunity: Contrarians like to think of themselves as “trail blazers,” even when they’re not. But again, it’s about recognizing who they see in themselves and advocating for their perception. Brands that show a recognition for the unique and independent road that today’s mom thinks she walks will leverage empathy in a powerful manner. “Like” me.
There is still much to learn from this generation and how millennial moms will handle the growing pains of raising this next generation. 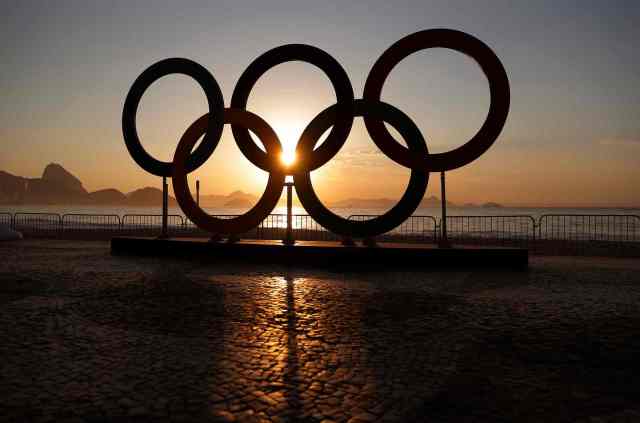 NBC Owes Somebody Something For Olympics TV Audience Short Fall
Through the first 13 nights of Rio 2016 Olympics, including the opening ceremony, NBC averaged 26.7 million total viewers, a 14 percent drop from the 2012 average of 31.1 million. And as the second week moved on from the popular swimming and gymnastics events to track and field, wrestling, and basketball, NBC’s final results looked to be further dampened, according to Adweek. Thursday, NBC’s Olympics coverage was a bit slow out of the blocks, averaging 21.7 million viewers, a slight rebound from Wednesday night. Still, Thursday was one of the lowest-rated nights of the Rio Games so far. On the upside, NBC’s Olympics coverage continues to outpace the broadcast competition, beating broadcast rivals CBS, Fox and ABC combined.

Deadline noted fast affiliate ratings for NBC’s 8–1030P Friday coverage drew a slumping 4.7/20 rating among adults 18-49 and just 18.14 million total viewers. That’s down a hard 25% in the key demo and 24% in viewership from the early results of Aug. 12 to hit lows in both categories for the 2016 Games. In fact, Friday night’s low was down a whole point from the previous demo low of Aug. 16.

THR/Live Feed noted with a 3.5 rating in adults 18 to 49 and 14.55 million total viewers, the Games drew in the lowest numbers of the 2016 Olympics on Saturday night, the final night of competition. It marked a 20% drop in the key demo and 20 percent decline in total viewers.

Variety added the peak of the 15-day frame came on Aug. 9, when NBC served up a blockbuster combination of swimmers Michael Phelps and Katie Ledecky capturing gold medals and gymnast sensation Simone Biles helping to lead the U.S. women’s team to victory. That night averaged 36.1 million viewers in the TAD measure, most of which came from NBC (33.4 million). Behind London and Rio, Beijing 2008 (27.2 million), Barcelona 1992 (26.4 million) and Seoul 1988 (25.8 million) round out the top five most-watched games.

The project comes from director-producer Sean Hanish and the same team that produced the Emmy-nominated ‘Return to Zero’, which aired on Lifetime in 2014. ‘Our goal with ‘Sister Cities’ has always been to get the film in front of as many people as possible, and Lifetime has proved to be the preeminent network to reach viewers who love films with strong female characters and performances’, said director-producer Sean Hanish. ‘After the overwhelming success of ‘Return to Zero’ on Lifetime, we’re thrilled to partner with the `Fempire’ a second time with ‘Sister Cities’.’
Colette Freedman wrote the script, which was based on her play. ‘Sister Cities’ hails from Hanish’s Cannonball Productions and was produced by Hanish, Paul Jaconi-Biery and Eleonore Dailly. Kelly Kahl and Molina are executive producers.

Seven
The Second Commercial Network in Australia finished with a 28.7% share of the available audience.

Nine
The First Commercial Network in Australia finished with a 25.5% share.

842P ‘Casino Royale‘ did not finish in the Top 20 program in prime time.

Ten
The Third Commercial Network in Australia finished with a 21.0% share.

SBS
The Special Broadcast Service finished with a 5.8% share of the available audience.

Seven
The Second Commercial Network in Australia finished #1 Tuesday in prime time with a 3.10% share.

Nine
The First Commercial Network in Australia finished #2 with a 27.6% share.

ABC
The Alphabet Network in Australia finished #3 with a 17.9% share.

SBS
The Special Broadcast Service finished #5 Tuesday in Australia with a 7.4% share.

Tom Rosenthal | “Lead Me To You”