CBS Wins Again On Friday In The U.S. BBC One Won In The UK. Nine Wins In Australia.

Posted on January 17, 2015 by overtheshouldermlb 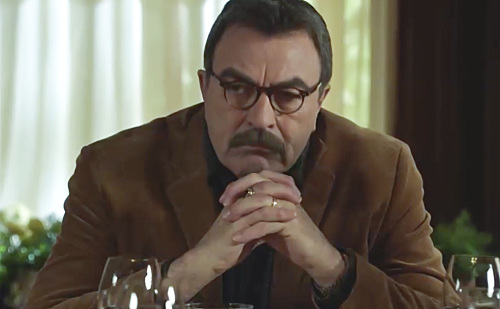 CBS #1 on Friday as ‘Blue Bloods’ again is the top program.

The Tiffany Network dominates Fridays. At 7P, ‘Undercover Boss’ began the evening and drew 8.16 million viewers. Then at 8P, ‘Hawaii Five-0’ began with Danno complaining that Steve left Gracie by herself on a corner when Steve’s beloved car was stolen. Then the interweaving a deadly mystery began. As usual, it drew over 10+ million viewers, with 10.44 million viewers this Friday. At 10P, the cornerstone of Friday, ‘Blue Bloods’ in an episode titled ‘Home Sweet Home’ saw the unraveling of relationships as Erin had reason to see her latest love face a difficult decision and Frank and his Dad have a typical father-son disagreement as both see it only from their eyes. While all of this was happening, it drew 12.61 million viewers, the tops for the evening on American television and for that matter, the top audience on television in the world on Friday.

The Animal Network of Broadcast finished in the second division of broadcast networks on Friday. At 8P, ‘World’s Funniest Fails’ drew 3.33 million viewers. At 9P, ‘Glee’ tried by failed and drew only 1.98 million viewers. Things, without ‘Idol’ are not good in Murdochville.

On this date in 1949, ‘The Goldbergs’ debuted on CBS-TV. The program had been on radio since 1931. The TV version lasted for four years on CBS. It ran in 1954-55 on DuMont Television Network. “The Goldbergs” were, if not the first, among the first of the sitcoms. It was a domestic comedy featuring the home life of a Jewish family, supposedly located in the Bronx. The star of the sitcom was Molly Goldberg portrayed a big-hearted, lovingly, albeit a meddlesome, and somewhat stereotypical Jewish matriarch. The show began as a portrait of Jewish life in a tenement apartment before later evoking modern problems as moving into a more suburban setting and struggling with assimilation while sustaining their roots. Also, interesting is that Molly Goldberg wrote and directed each episode—-quite an accomplishment since it was a weekly series that ran through a much longer season than present sitcoms! It may have been a precursor to “Seinfeld” as the show touch upon everyday common issues as well as some real world issues.

CBS’ ‘The Talk’, a daytime chatfest inspired by ‘The View’, was more popular than the ABC program in a week for the first time. With more pending changes in the lineup of ‘The View’, the five-year-old CBS talkshow edged ahead in total viewers, 2.95 million to 2.88 million, according to Nielsen estimates for the week of Jan. 5-9. This is the largest audience for ‘The Talk’ since last February.

SBS finished fifth with 7.9% share of the available audience.