CBS #1 In The U.S. On Wednesday. BBC One Tops In The UK. Seven Back On Top In Australia.

Posted on December 11, 2014 by overtheshouldermlb

On this date in 1985, General Electric Company agreed to buy RCA Corporation for $6.3 billion. Also included in the deal was NBC Radio and Television. 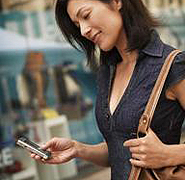 BBC One edged back into first place on Wednesday in the UK thanks to Lord Sugar. At 9P, ‘The Apprentice’ bounced back in the ratings on Wednesday benefitting from ‘I’m a Celebrity… Get Me Out of Here!’ leaving the schedules, drawing 5.54 million viewers (24.0%).