Posted on September 17, 2016 by overtheshouldermlb 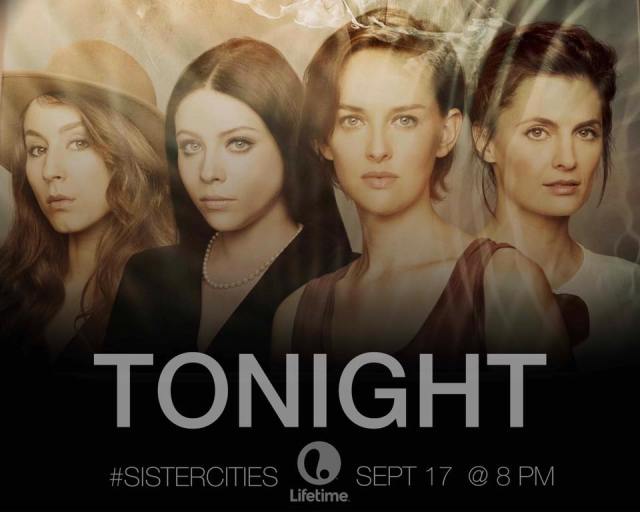 ‘It’s All About Screens.’ This is the Daily Diary of Screens. For Friday, September 16, 2016.
CBS #1 broadcast network as ‘Blue Bloods‘ top broadcast network program.
In the UK, ratings have been delayed. They will be posted when available.
In Australia, ‘Seven‘ finished #1 broadcast network as ‘Seven News‘ was the #1 newscast as ‘AFL Friday Night Football‘ season finale finished as the #1 program.
‘Sully‘ #1 at the U.S. box office on the weekend 9-11 September 2016.
‘Star Trek Beyond‘ #1 at the International box office weekend 9-11 September 2016.
Sales of movie theater ads jumped 13.4% in 2015 as it reached $716 million in advertising sales. There are 3.734 Billion Unique Mobile 68% Social Ad Clicks Are Now Mobile. Users as of this quarter, account for a 51% worldwide penetration. Direct uploads of user videos to Facebook now exceed YouTube.

Cliptomize continues to grow as it has 91,725 users and 133,802 clipbooks with 674,125 visitors and 345,766 unique visitors with over 3.268 million pageviews. 5 minutes 0 seconds average time spent on spent on site since the beginning. In September, average time spent on site is 3 minutes 28 seconds. Cliptomize For Business Service Bureau during recent NDA client campaign including 20 sends delivered a remarkable open rate of 49.16% and a click-through rate of 48.72% ‪#‎clipit‬, ‪#‎clip4biz‬🖇 Double Your Open Rate & Click-Through Rate Now!: http://www.cliptomize.com/Clipbook/View/250922?secret=h42qm2ns5g The First step to engagement is click-through 🆕 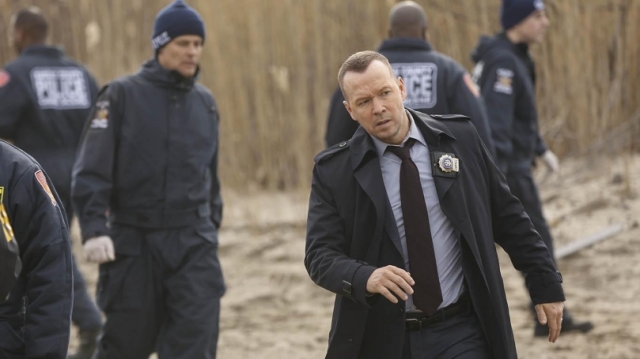 CBS #1 Friday as ‘Blue Bloods’ finished as the top program.

The CW
The Little Network That Couldn’t … Didn’t 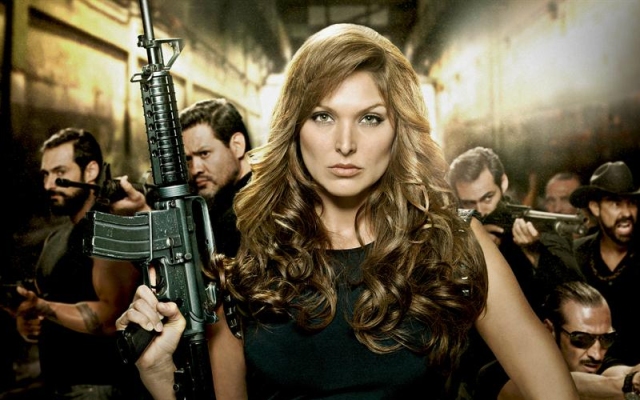 During the week ended Sept. 11, Telemundo averaged 1.74 million total viewers in primetime, according to Nielsen, making it the No. 1 Spanish-language broadcast network for the first time in its history. Fueled by the success of its “El Señor de los Cielos” Super Series™ finale and triple primetime series – “Silvana Sin Lana” at 8pm, “Sin Senos Sí Hay Paraíso” at 9pm and “Señora Acero 3, La Coyote” at 10pm – premieres on Tuesday, July 19, Telemundo ranked as the #1 among Spanish-language television network for the first time ever the week of July 18 among adults 18-49 (879,000) and adults 18-34 (413,000) during Monday–Friday primetime, according to Nielsen. Telemundo was the #1 Spanish-language network among adults 18-49 and adults 18-34 in every hour of the daypart – 7pm, 8pm, 9pm and 10pm.

Also for the first time in network history, Telemundo was the #1 Spanish-language television network for the week during Monday–Sunday primetime programming among adults 18-49 (727,000) and adults 18-34 (340,000).

For over a year, Telemundo has been the #1 Spanish-language network at 10pm among adults 18-49 and adults 18-34. Telemundo continues to close the gap with Univision across all of primetime, outperforming the competitor with 11 wins in June and nine in July to date among adults 18-49.

Mary Baxter (Weaver and Smart, at different ages) led an enviable life, traveling the world as a young dancer. She was blessed with four daughters from four different fathers, each as unique as the cities they are named after: Carolina (Katic), Baltimore (Bellisario), Dallas (Trachtenberg) and Austin (Weixler). After Mary’s death, her daughters reunite in their New England family home to mourn.As the local police investigate the circumstances of Mary’s death, old animosities among the sisters resurface, and a dark secret threatens to tear the family apart. Faced with a horrifying truth, the estranged sisters must choose to either turn their back on the only family they have known, or risk everything to protect one another. 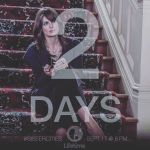 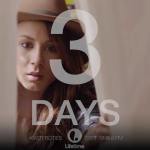 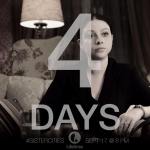 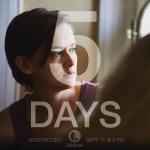 #SeanHanish #StanaKatic #JessWeixler #MichelleTrachtenberg #TroianBellisario #JackiWeaver #KaiaGerber #ColetteFreedman #SisterCitiesthemovie 🎬﻿
Lifetime acquired the worldwide broadcast rights for ‘Sister Cities’. From the team behind ‘Return to Zero’, the independently produced film by Cannonball Productions, is directed by Sean Hanish, produced by Sean Hanish, Paul Jaconi-Biery, and Eleonore Dailly, and executive produced by Kelly Kahl and Alfred Molina. Colette Freedman wrote the script based upon her play. For a critique, go to:https://www.facebook.com/cinemacritique/?notif_t=page_user_activity&notif_id=1473133360160698 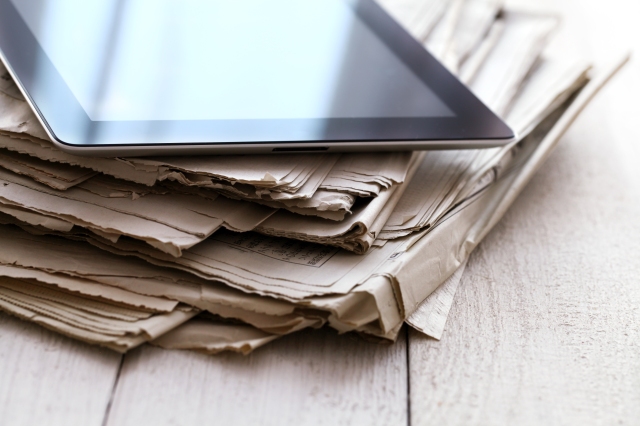 ‘Nobody Reads The Newspaper Anymore’
The Editors of MediaLife compiled a series that talked about what was happening in the newspaper industry. In 1980, Lance Hanish stated, ‘Nobody Reads The Newspaper Anymore’ at a gathering of sales executives of Kingstown Mattress. His point was that television had gained the mass attention of the prospective buyer and thus the best value in advertising at that time was television and not newspaper where the majority of advertising was placed within the home furnishings industry. Today, that statement appears to be prophetic.

For years, the assumption has been that newspaper advertising spending declines would hit a plateau at some point. They’ve been dropping for 10 straight years, quickly at first and now more gradually, though still at a pace of 8% or 9% per year. That can’t keep up forever, the thought has been. Eventually, papers will hit a sustainable level.

It’s becoming more and more clear that papers haven’t hit bottom yet, and just what that bottom might be is anyone’s guess.

A new forecast from ZenithOptimedia, the London agency, projects newspaper dollars will fall another 8% this year, to $18.3 billion. That is down from a peak of $51.5 billion in 2006, meaning nearly two-thirds of all ad spending in the category has evaporated in just a decade. What’s more, the declines will continue. By 2018, spending will have fallen to $15.1 billion, down 9 percent from 2017.

There’s no optimism for an industry turnaround in the forecast.

“As the population continues to age and Millennials find alternate news sources (Twitter, Reddit, etc.), newspapers will continue to show these strong declines year on year,” the report predicts.

Over 10 years, many things have been tried to turn newspapers around. Smart people have entered the industry believing newspapers could be and deserved to be saved, among them John Henry at The Boston Globe, Jeff Bezos at The Washington Post and investment wizard Warren Buffett, who has bought up a slew of newspapers around the country, including the Omaha World Herald. So far nothing has worked. No one’s figured out the puzzle. The industry slide continues. Even the ever-optimistic Buffett is beginning to have his doubts, noting recently that the declines long hurting large papers are now being seen at smaller papers, long thought to be insulated from the ravages of digital.

Where it all ends is anyone’s guess at this point, but one thing is certain. It will end up a very different newspaper industry. It could mean more papers closing, others going to publishing one or two days a week. It could mean that a lot of dailies disappear entirely. At this point it is a great unknown.

Yet one thing is abundantly clear: Good journalists are needed.

In the early days of communication there were town-cryers who spread the message of the day. Later, newspapers entered the scene. Then there was television and now digital.

That is how the newspaper industry will survive and begin to come back. It already has at its very basic economic level in an excellent distribution platform. Now, make that work.

8P ‘The Cars That Made Britain Great‘
9P ‘Carry On Caravanning‘ 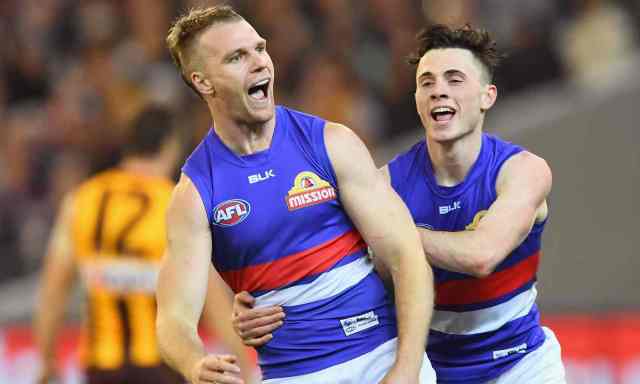 SevenHD wins on Friday in prime time thanks to AFL Friday Night Football semi-finals as Bulldogs knock Hawthorn out of competition.

Seven
The Second Commercial Network in Australia
7P ‘Better Homes & Gardens‘ finished with an average 663,000 viewers.
730P ‘Chef‘ did not finish in the Top 20 programs in prime time.

SBS
The Special Broadcast Service in Australia finished #3 on Friday in prime time with an average % share of the available audience.

SATURDAY AUSTRALIAN OVERNIGHT TV RATINGS
NOTE: While Australian considers Prime Time 6P-Midnight, we use the US prime time system to measure television effectiveness in Australia. Thus 7P-10P is the standard from which this rating is based. Newscasts are considered only as newscasts and not television programs inside or outside of this period except in special periods. 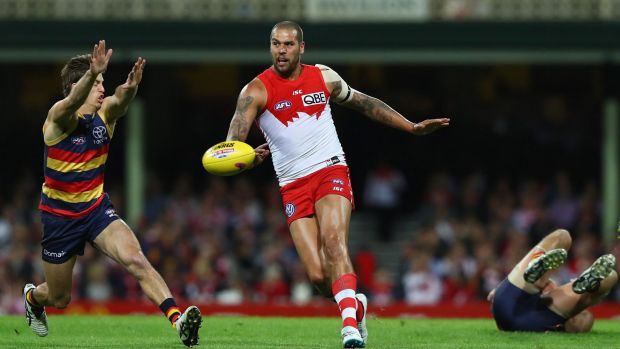 Seven
The Second Commercial Network in Australia finished #1 Saturday in prime time and a 36.8% share of the available audience.

Nine
The First Commercial Network in Australia finished #2 Saturday with an average 29.8% share.

ABC
The Alphabet Network in Australia finished #3 Saturday with an average 16.0% share.

Ten
The Third Commercial Network in Australia finished #4 with an 11.3% share.

7P ‘Rugby Wallabies vs Argentina‘ did not finish in the top 20 programs.

SBS
The Special Broadcast Service in Australia on Saturday finished with a 6.1% share in prime time. 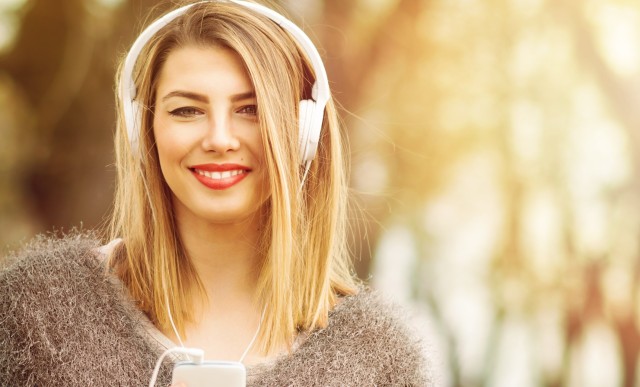