Posted on May 15, 2016 by overtheshouldermlb

‘It’s All About Screens.’ This is the Daily Diary of Screens. Sunday, May 15, 2016.
CBS finished #1 broadcast network as ‘48 Hours‘ was the top program.
In the UK, ‘BBC One‘ #1 Saturday in the UK as ‘2016 Eurovision‘ top program. Note:Most ratings were not available at post time. Will be posted with available.
‘Seven‘ finished #1 in Australia as ‘Seven News‘ was #1 newscast and ‘Father Brown‘ was the top non-newscast program.
‘Captain America:Civil War‘ #1 box office in the U.S. weekend 6-8 May 2016.
‘Captain America:Civil War‘ #1 at the International box office weekend 6-8 May 2016.
Sales of movie theater ads jumped 13.4% in 2015 as it reached $716 million in advertising sales. There are 3.734 Billion Unique Mobile 68% Social Ad Clicks Are Now Mobile. Users as of this quarter, account for a 51% worldwide penetration. Direct uploads of user videos to Facebook now exceed YouTube. Facebook has 1.59 billion monthly users. Instagram has 77.6 million users. 88% of Twitter users are on mobile. An average of 500 million tweets are sent every day. The Google+1 button is hit 5 billion times per day. 80% of Internet users on Pinterest are female. Pinterest has 54.6 million users. LinkedIn has 347 million registered members. Weibo has 100 million daily users. 600 million users on Whatsapp. Facebook has 1.55 billion monthly active users. 60 billion messages are sent via Facebook Messenger and WhatsApp every day. Netflix now has 75 million streaming subscribers. Cliptomize continues to grow as it has 70,829 users and 101,289 clipbooks with 509,663 visitors with over 2.350 million page views. 5 minutes 09 seconds average time spent on spent on site since the beginning. 6 minutes 08 seconds average time spent on site in May. SUNDAY AUSTRALIAN OVERNIGHT TV RATINGS (*SEE BELOW) 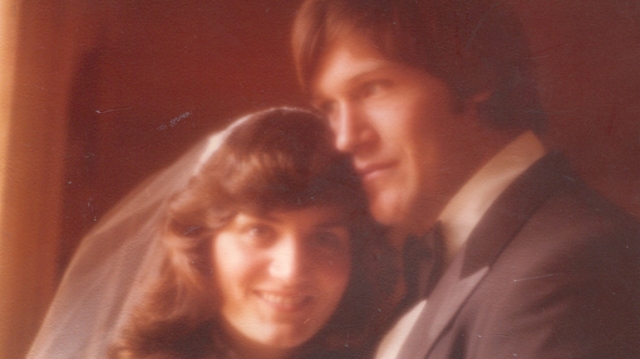 CBS
The Tiffany Network brought out it being gun reruns plus 48 and finished #1 Saturday.

ABC
The Alphabet Network decided to make it ‘Saturday Night At The Movies’ and finished #2.

8P ‘The Blind Side‘ finished with an average 3.435 million viewers.

NBC
The Peacock Network had its usual Saturday night lineup and finished third.

FOX
The Animal Network of Broadcast tried to duplicate The CW on its day-off and succeeded.

On this date in 1981, ‘Harlem Globetrotters on Gilligan’s Island’ was aired on NBC.

Quote Of The Day
‘If everyone demanded peace instead of another television set, then there’d be peace.’
John Lennon

What Types of Marketing Messages Do Women Prefer?
Fact: Younger female users are more likely to follow brands on social media.
Nearly three-quarters (73%) of US female internet users say they at least sometimes receive marketing messages directed specifically to women. But 74% of respondents said they prefer messages that are gender neutral.

Female users ages 18 to 29, however, were a bit more likely to follow brands on social media and sign up for email marketing newsletters compared to older female respondents.

Mobile Note
If you’re using the text messaging function of your phone almost every day, then you are part of the 3.7 Billions people in the World who are using SMS as a way to contact their friends, family and customers. 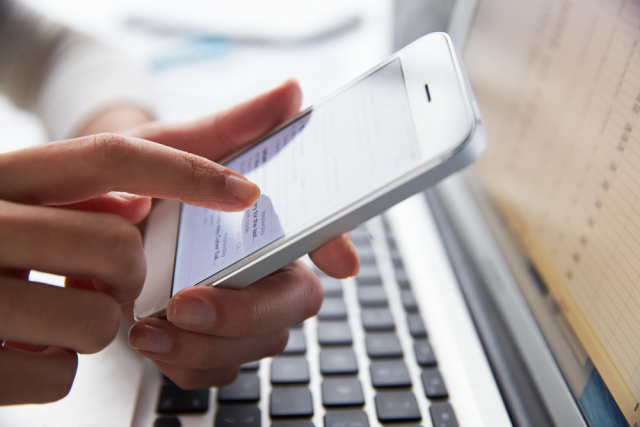 72% Of Smartphone Shoppers Say They Research An Item Before Purchasing It. Knowing The Mobile Shopper.
For many Americans, smartphones are as much a necessity in their daily lives as the air they breathe and the food they eat. These devices are constant companions, helping us take care of just about everything we need to do each day—watching our favorite shows and movies, keeping up with our friends, learning new languages and managing our finances.

And spending money is no exception!

In addition to growing as a new purchase channel, mobile commerce offers a plethora of opportunities for marketers and advertisers looking to reach their desired consumers. According to Nielsen’s fourth-quarter 2015 Mobile Wallet Report, 37% of respondents said their purchases start with mobile shopping more than one-quarter to half of the time. However, the competition is fierce, and in order to maximize these opportunities, marketers must know the best ways to position their products and communicate with appropriate audiences.

Consumers handle a lot of their shopping activities on their mobile devices, and everyone knows that savvy consumers do their due diligence before handing over their cash. In fact, 72% of smartphone shoppers research an item before purchasing it, 70% check the price of an item and 60% use a store locator to find a store where they can buy their desired product of choice.

So which factors are most important to consumers when they’re shopping on mobile?

With mobile shopping being a visual experience, it should come as no surprise that consumers want to be able to see product pictures over everything else when shopping on a mobile phone (62%). Shoppers also want mobile-friendly versions of the websites they visit via mobile (48%), and 44% of respondents said that having the product descriptions was also highly important.

After purchasing, consumers’ predominant shopper activity is tracking order progress (65%), followed by visiting a retailer site/app on their mobile device to browse and/or shop again (51%). And 33% of consumers say they use their smartphones to sign up for a rewards program after making a purchase on their smartphone. 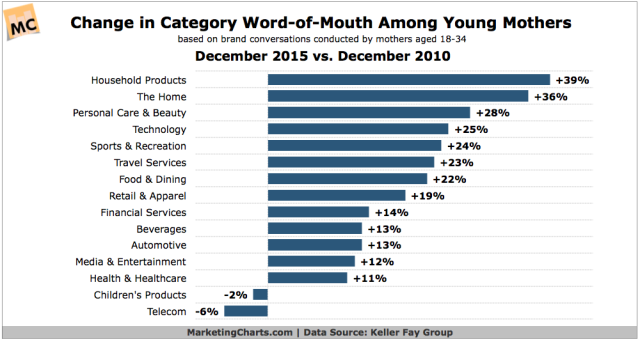 Interestingly, this shift seems to be occurring more rapidly among mothers when compared with non-mothers. Specifically, face-to-face conversations have only declined a point to 73% in terms of word-of-mouth share among Millennial non-mothers, with online conversation growing at a slightly more muted pace than for mothers (from 7% to 12%).

For context, data released in late 2014 by the Keller Fay Group found that 71% of all Millennials’ word-of-mouth impressions about brands took place offline.

Meanwhile, the move to more online conversations isn’t the only noteworthy trend. As the data attests, it’s also the types of brands that Millennial mothers are talking about that is changing. While there’s been a strong increase since 2010 in conversation about household brands, technology brands have also seen a hike in conversation, of 25%. That compares favorably to an overall increase of 9% in conversation about tech brands.

The shift is evident in the top brands that Millennial mothers are talking about. While Walmart remains the most talked about brand, tech companies now occupy 4 of the top 10 positions, led by Apple (#2) and Samsung (#3). At the same time, the 10th-most talked about brand in December 2010, Pampers, has fallen to #45 in the December 2015 rankings, while the #11 brand, Huggies, has dropped to #23.

Amazon also cracked the top 10 in the latest rankings, coming in at #8. The brand had the most positive word-of-mouth among US parents last year and the second-best among Millennials, per YouGov BrandIndex data.

It’s worth noting that the Keller Fay Group data suggests that Millennial mothers aren’t talking less, they’re simply talking about different things and in different ways. Given MarketingCharts’ primary research showing that recommendations from friends and family trump all forms of paid advertising in terms of purchase influence among both women and Millennials, these trends are important considerations for brands.

Facebook Live Video Awareness Highest Among 30-44-Year-Olds
Some 37% of US adults have heard about Facebook’s new feature allowing them to broadcast live video, details YouGov in recent research conducted for the Huffington Post. Notably, awareness (heard “a lot” or “a little”) was highest among the 30-44 age group (54%), followed by those under 30 (45%). The 30-44 bracket (14%) was also twice as likely as the adult average (7%) to say that they would broadcast live video of their life on Facebook.
Separate results from the survey indicate that adults are slightly more likely to be using Facebook less (28%) than more (25%) when compared to their usage last year. This pattern holds true across all age groups save for 30-44-year-olds, who are more likely to have increased (31%) than decreased (23%) their time spent with Facebook.

Across The Pond
Some UK Ratings delayed at posting time. Will be posted when available. 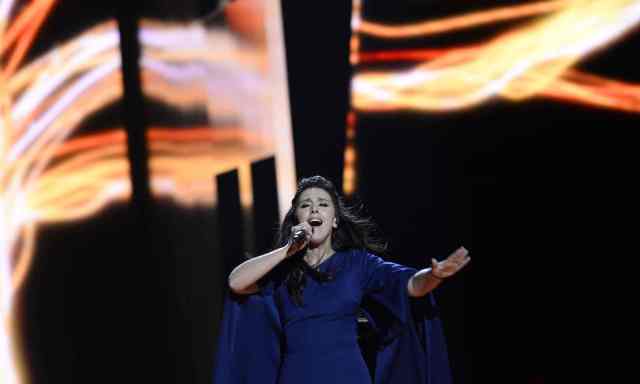 BBC One
The Big One certainly had the big one as singing won out on Saturday in the UK. 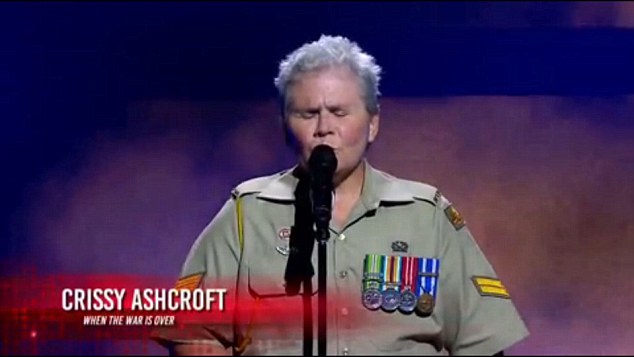 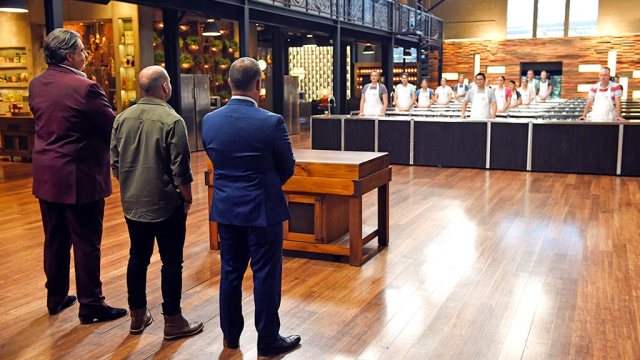