Posted on September 29, 2018 by overtheshouldermlb

BROADCAST
CBS #1 Broadcast Network Friday with over 35.5% of the viewing audience, far above closest competitor. 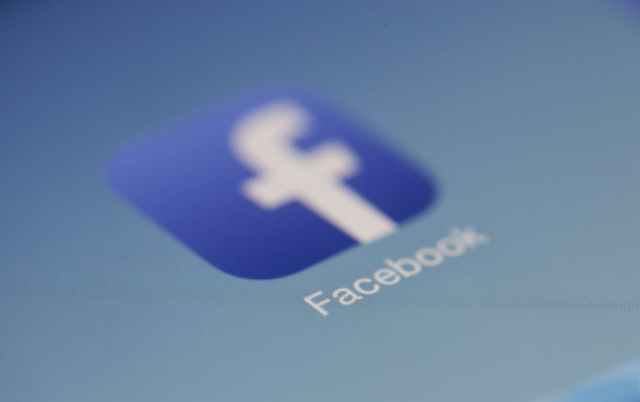 Facebook Security Breach:Up To 50 Million Accounts Attacked
Dave Lee, North America technology reporter for BBC, wrote ‘Facebook has said “almost 50 million” of its users were left exposed by a security flaw. The company said attackers were able to exploit a vulnerability in a feature known as “View As” to gain control of people’s accounts.

The breach was discovered on Tuesday, Facebook said, and it has informed police. Users that had potentially been affected were prompted to re-log-in on Friday.

The flaw has been fixed, wrote the firm’s head of security, Guy Rosen. “Since we’ve only just started our investigation, we have yet to determine whether these accounts were misused or any information accessed. We also don’t know who’s behind these attacks or where they’re based.” He added: “People’s privacy and security is incredibly important, and we’re sorry this happened.”

Facebook’s “View As” function is a privacy feature that allows people to see what their own profile looks to other users, making it clear what information is viewable to their friends, friends of friends, or the public. Attackers found multiple bugs in this feature that “allowed them to steal Facebook access tokens, which they could then use to take over people’s accounts”, Mr Rosen explained. “Access tokens are the equivalent of digital keys that keep people logged in to Facebook so they don’t need to re-enter their password every time they use the app,” he added. 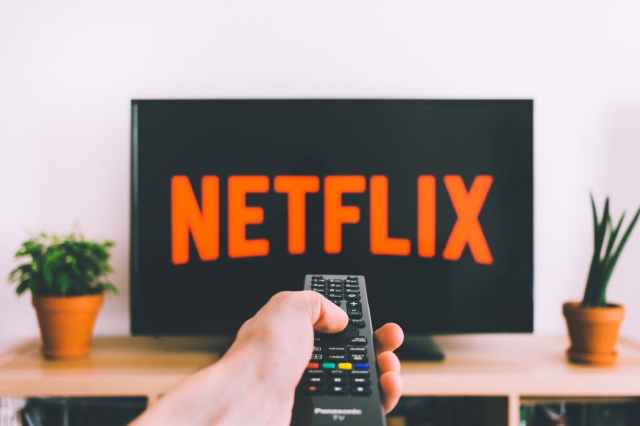 People’s increasing use of second screens lets advertisers reach users through more devices according to Ross Benes writing in eMarketer (092618). But is this making it harder for TV advertisers to reach their target audiences?

In a July survey of 500 US marketing decision makers conducted by Viant, 45.8% of respondents said that consumers being distracted by their second screens is one of the top factors that limits the success of their TV ad campaigns. The polled marketers also cited cord-cutting and consumers having too many channels to choose from as other top hurdles reducing the effectiveness of their TV ads. 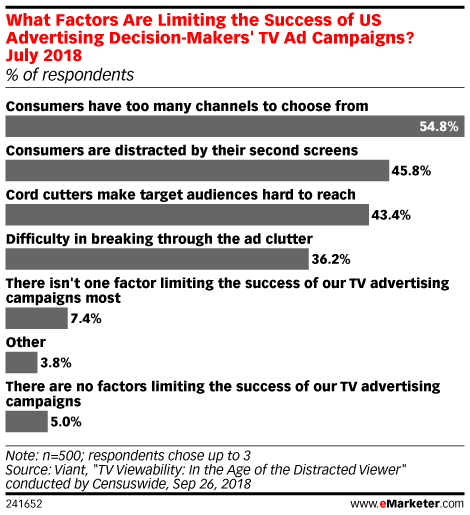 Viant’s study underscores how users’ fragmented media consumption is disrupting how marketers approach traditional TV advertising. eMarketer estimates that 185.8 million US adults will regularly use a second screen while watching TV this year, up 4.5% from 2017.

About two-thirds of the respondents in Viant’s study said they have struggled to break through the ad clutter. And 86% of those polled said it is becoming harder to grab a consumer’s attention solely through TV advertising.

With user attention scattered, cross-device targeting is in vogue.

Millennials may not watch as much TV as previous generations, but their engagement with the TV content they do watch may actually be deeper than other groups.

In its April 2018 survey of 1,001 US internet users, millennials told VAB that what they see on TV “always” or “frequently” inspires them to make a purchase. Some 43% of millennial internet users in the US said their decision was influenced by product placement or an advertisement that ran during a show.

For the most part, what’s featured or shown during a TV program is as influential as its commercial breaks. In fact, millennials were slightly more likely than adults in general to purchase a product, eat at a certain restaurant or vacation at a specific location after it was featured on TV.

“Digital resources can deepen [millennials’] involvement with a TV show, and it’s not surprising that VAB polling finds lots of millennials follow shows and characters on social media, tweet about shows and so on,” said eMarketer analyst Mark Dolliver. “And since involvement with favorite shows is not merely passive, it makes sense that millennials could be more inclined than adults in general to take action due to a show, like buying things they see within the show or in ads that accompany it.”

However influential “as seen on TV” can be to drive purchases, millennials don’t spend much time watching TV.

According to eMarketer’s numbers, US consumers between the ages of 18 and 24, and those 25 to 34, spend 93 and 128 minutes watching TV per day, respectively, whereas older consumers (ages 45 to 54) watch 240 minutes per day on average.

Indeed, 36% of US millennials, according to a June 2018 Magid survey, watch live cable or satellite TV, and about one-third stream content to a connected TV for more than 3 hours per day.

The 2018 Marketing Charts US Purchase Influencers Report, based on 2,200

◉ Word-of-mouth is the leading influencer of consumers’ purchases overall.
◉ TV advertising, #2 and the only paid medium in the upper echelon of purchase influencers. Note:This result is driven in part by youth, with older adults more likely to ascribe influence to TV ads than word-of-mouth.
◉ Direct mail #3 purchase influencer, carrying more heft with women, affluents, the most highly-educated, and older generations.
◉ Social media is a key area of advertising exposure, particularly for women and Millennials who are its heaviest users.
◉ Search ads attract almost as much purchase influence as social media ads, and more so for men. Exposure to search ads is high among affluents and highly-educated adults, though that doesn’t always translate to purchase influence.
◉ Boomers report tuning out advertising to a greater extent than Millennials, and other comparisons of demographic groups likewise find some ascribing less purchase influence to paid, owned and earned media than others.