Posted on August 7, 2017 by overtheshouldermlb

This Weekend in 1942, ‘Holiday Inn‘ was directed by Mark Sandrich and starring Bing Crosby and Fred Astaire. With music by Irving Berlin, the composer wrote twelve songs specifically for the film, the best known being “White Christmas.” The film features the complete reuse of “Easter Parade,” written by Berlin for the 1933 Broadway revue As Thousands Cheer. The film’s choreography was by Danny Dare. The film received a 1943 Academy Award for Best Original Song (Irving Berlin for “White Christmas”), as well as Academy Award nominations for Best Score (Robert Emmett Dolan) and Best Original Story (Irving Berlin). Many segments of the film are preceded by shots of a calendar with a visual symbol of the given holiday. For November, an animated turkey is shown running back and forth between the third and fourth Thursdays, finally shrugging its shoulders in confusion. This is a satirical reference to the “Franksgiving” controversy when President Franklin D. Roosevelt tried to expand the Christmas shopping season by declaring Thanksgiving a week earlier than before, leading to Congress setting Thanksgiving as the fourth Thursday in November by law. The Japanese attack on Pearl Harbor in Hawaii occurred halfway through filming. As a result, the Fourth of July segment was expanded beyond Fred Astaire’s firecracker dance to include the patriotic number that highlights the strength of the US military. At the box office it did $3.750,000, the highest grossing musical at that time.


This weekend in 1942, ‘Jingle Jangle Jingle‘ was the #1 record with Kay Kyser and His Orchestra with Harry Babbitt, Julie Conway and the Group. The song written by Joseph J. Lilley and Frank Loesser, and published in 1942. The most commercially successful recording was by Kay Kyser, whose version reached no. 1 in the Billboard charts in July 1942. Versions were recorded by many other musicians, including Tex Ritter, Gene Autry, Glenn Miller and The Merry Macs. Kay Kyser’s recording of the song is featured in the 2010 role-playing video game ‘Fallout:New Vegas’.

The latest social media stats include this: Americans spend 25% of their time on social media.YouTube has viewers now watch 1 billion hours of video each day. 85% of digital video viewers will be YouTube viewers as daily usage of YouTube, is estimated the video-sharing platform will reach 185.9 million monthly US users in 2017 Facebook having 1.79 billion monthly users watching 8 billion videos each day. In addition, 81% of all shares come from Facebook. 41% of Millennials use Facebook every day. And, there are now 5 million active advertisers on its platform, up from 4 million in September 2016 and 2 million in February 2015. Instagram has 500 million users of which 250 million are daily users. 88% of Twitter users are on mobile. An average of 500 million tweets are sent every day with 320 million active users. Twitter had 9 million new members sign up in Q1 2017. The Google+1 button is hit 5 billion times per day. 80% of Internet users on Pinterest are female. Eighty-one percent of US consumers use Facebook regularly, compared with Google (79%), Twitter (43%) and Instagram (40%), System1 Research reported.

Facebook users like brands that promote gender equality
American women are twice as likely to want to view a movie trailer after watching an ad that features a woman dressed as a firefighter as they are after watching an ad with a woman who’s dressed scantily, a Facebook IQ study has found. The research also found that 79% of women and 75% of men feel more positively about brands that send a gender equality message on Facebook. 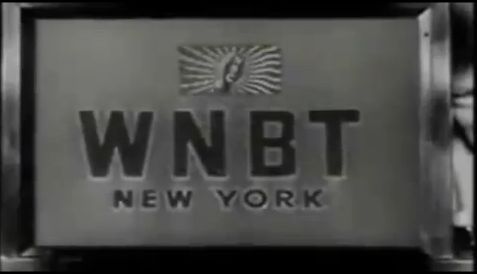 ABC
The Alphabet Network finished #1 broadcast network on Sunday. Hint! They may want to keep this lineup rather than the failure they have during the season.

CBS
The Tiffany Network couldn’t drive the second half of the night.

On this date in 1941, WNBT (today WNBC) broadcast the first audience-participation program.
On this date in 1960, the Cuban Catholic Church condemned the rise of communism in Cuba. Fidel Castro then banned all religious TV and radio broadcasts.

‘The will to persevere is often the difference between failure and success.’
David Sarnoff

7P ‘The Mystery of the Crossrail Skulls‘
8P ‘Diana:In Her Own Words‘ finished with an average 4.5 million viewers and a 17.7% share.

Amazon outpaced rival Netflix over the past 12 months, as Ofcom research revealed the UK has become a nation of box-set binge-watchers. The SVoD service, which netted the UK rights to ‘ATP World Tour‘ tennis earlier this week, added more than 2 million subscribers in 2016, according to Ofcom’s Communications Market Report. It now has a total of 3.8 million subs, paying £7.99 per month, compared with 1.7 million in 2015. While the home of shows including ‘The Man In The High Castle‘ and Billy Bob Thornton-fronted legal drama ‘Goliath‘ grew faster than ‘Stranger Things‘ broadcaster Netflix over the past 12 months, it continued to lag behind forerunner Netflix’s 6 million subs. This was up from 5.1 million in 2015. The regulator’s research also revealed that Netflix, which costs a minimum of £5.99, was more popular than a handful of traditional catch-up services including Channel 4’s All 4 and Channel 5’s My5.

A number of digital platforms also proved popular with younger people. YouTube was the most popular service, used by 66% of teens, while Sky Go and Now TV proved more popular with teen audiences than adults. Other services, including BT TV’s online player, WWE Network, Disney Life and NBC Universal’s reality TV-focused SVoD service Hayu also skewed young. It also emerged that most adults and teenagers prefer to binge-watch titles, suggesting broadcasters and services should make all episodes available simultaneously. Almost half (49%) of adults prefer this method compared with 39% that prefer episodes to be released weekly. Among 16-24 year-olds, this figures rises to 54%, while 36% are happy with weekly installments. Some 59% of pensioners prefer watching shows on a weekly basis, with only 27% wanting all episodes available immediately.

These findings are likely to encourage traditional broadcasters to continue to experiment with the way in which they schedule content. Last week, Nicole Kidman-fronted detective drama ‘Top Of The Lake: China Girl‘ launched on BBC2, with all six episodes made available immediately via iPlayer. The research also uncovered the most popular SVoD shows, despite the fact that neither Netflix nor Amazon provide public ratings data. Seven of the top 10 most-watched programmes were commissioned by the SVoD services, up from four last year. Netflix’s ‘Orange Is The New Black‘, Colombian drug thriller ‘Narcos‘ and Amazon’s Nazi-themed ‘The Man In The High Castle‘ remained among the most-watched, although Kevin Spacey’s ‘House Of Cards‘, which recently entered its fifth season, fell out of the list. The shows were joined by British productions, including Left Bank’s ‘The Crown’ and W Chump & Sons’ ‘The Grand Tour‘.

Ofcom’s report was conducted in association with research agency Populus and included findings from around 3,000 TV viewers. Lindsey Fussell, consumer group director at Ofcom, said: “Technology has revolutionised the way we watch TV. The days of waiting a week for the next episode are largely gone, with people finding it hard to resist watching multiple episodes around the house or on the move.”

Nine
The First Commercial Network in Australia finished with an estimated average 934.167 viewers and a 32.6% share.

Seven
The Second Commercial Network in Australia finished with with an estimated average 767,000 viewers and a 32.5% share.

ABC
The Alphabet Network in Australia finished with an estimated average 519,600 viewers and a 15.6% share.

Ten
The Third Commercial Network in Australia finished with an estimated average 452,833 viewers and a 12.8% share.

SBS
The Special Broadcast Service in Australia finished with a 6.5% share.

Nine #1 Monday as ‘The Block’ was the top program.

Nine
The First Commercial Network in Australia finished #1 Monday with a 30.2% share.

Seven
The Second Commercial Network in Australia finished with a 30.0% share.

Ten
The Third Commercial Network in Australia finished with a 16.9% share.

SBS
The Special Broadcast Service in Australia finished with a 4.9% share.

Diana Krall ‘The Look Of Love’