Posted on July 15, 2017 by overtheshouldermlb

This Weekend in 1942, ‘Pride of the Yankees‘ was directed by Sam Wood, and starring Gary Cooper, Teresa Wright, Walter Brennan, Dan Duryea and Babe Ruth. It received 11 Academy Award nominations. Gehrig died on June 2, 1941. The film premiered on July 14, 1942 in New York City at the Astor Theatre, and was shown for one night only at “forty neighborhood theatres.” Preceding the film was the premiere of an animated short called “How to Play Baseball,” produced by Walt Disney Animation Studios at Samuel Goldwyn’s request, the producer of the film. The Pride of the Yankees was the 7th-highest grossing film of 1942, with $8.08 million in box office receipts. Despite its wide popularity, RKO took a loss of $213,000 on the film due to the small distribution fee that Samuel Goldwyn had negotiated with the studio. All of Goldwyn’s pictures produced a loss for RKO no matter how much money they took in; but the studio considered the arrangement acceptable, because its association with Goldwyn lent prestige to RKO, and enhanced sales of its own movies. 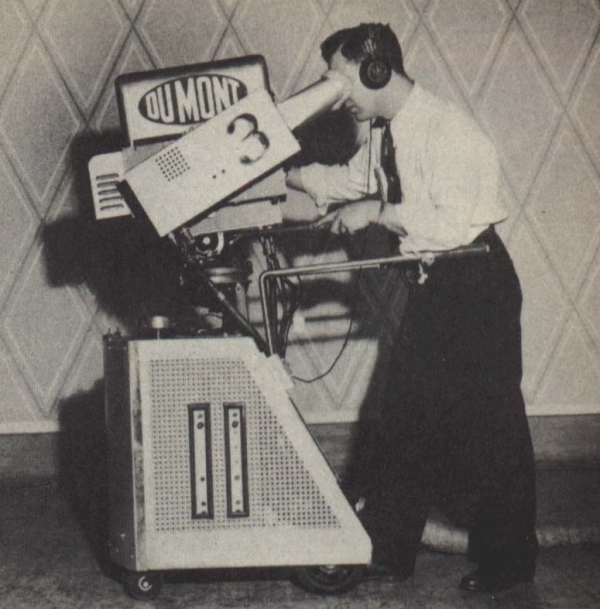 On this date in 1941, Du Mont Laboratories introduces the first television camera with an electronic viewfinder. Mounted on the left side the camera body, the viewfinder uses a five-inch cathode ray tube. A Mitchell film camera viewfinder is also provided.

‘Movies are the permanent record. Television is the more advanced way of getting the picture. As time goes on the pictorial quality of televised images will steadily improve until it is on a par with motion picture film. Television-film recording will then be fully feasible, with television cameras transferring their images to a central control room where the director and his technicians will select the choicest scenes and actions for recording.’
Allen B. DuMont ‘The Film in Relation to Television’ in Journal of the SMPE, September 1946

ITV
The Independent One finished #1 in the UK Friday with an estimated average 3.57 million viewers.

BBC One
The Big One finished with an estimated average 2.38 million viewers.

Seven
The Second Commercial Network in Australia finished with a 34.5% share.

ABC
The Alphabet Network in Australia finished with a 15.0% share.

SBS
The Special Broadcast Service in Australia finished with a 8.9% share.

Seven
The Second Commercial Network in Australia finished with a 34.4% share.

Ten
The Third Commercial Network in Australia finished with a 11.0% share.

SBS
The Special Broadcast Service in Australia finished with a 9.2% share.

Sydney Wayser ‘Were You Surprised?’ OMG