Posted on May 20, 2017 by overtheshouldermlb

‘Guardians of the Galaxy 2′‘ #1 at the International box office weekend 5-7 May 2017. Complete box office this weekend listed below.

This Weekend in 1942, ‘Tortilla Flat‘ was directed by Victor Fleming and starring Spencer Tracy, Hedy Lamarr, John Garfield, Frank Morgan, Akim Tamiroff, and Sheldon Leonard based on the novel by John Steinbeck. The budget was $1,201,000. According to MGM records the film earned $1,865,000 at the US and Canadian box office and $746,000 elsewhere, making the studio a profit of $542,000.

This weekend in 1942, ‘Tangerine‘ Jimmy Dorsey and His Orchestra with Bob Eberly and Helen O’Connell. The music was written by Victor Schertzinger, the lyrics by Johnny Mercer. The song was published in 1941 and soon became a jazz standard. The recording was released by Decca Records as catalog number 4123. The record first reached the Billboard charts on April 10, 1942, and lasted 15 weeks on the chart, including six weeks at #1. The lyrics in this version differ slightly from those in the movie. On the record, Eberly sings “And I’ve seen toasts to Tangerine / Raised in every bar across the Argentine,” the lyric that became standard. In the movie at that point, the line is “And I’ve seen times when Tangerine / Had the bourgeoisie believing she were queen.” 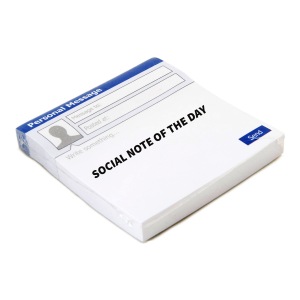 Facebook on Thursday announced a partnership with MLB that will bring 20 baseball games to the social media network. The games are free for all viewers and will air live each Friday, beginning with today’s match between the Colorado Rockies and the Cincinnati Reds. The games will air weekly on the MLB Facebook page.

NBC
The Peacock Network had Dateline and victory.

CBS
The Tiffany Network brought back Lucy. But without Hawaii 5-0, Les Legion loses the night.

On this date in 1939, the first telecast over telephone wires was sent from Madison Square Garden to the NBC-TV studios at 30 Rockefeller Center in Manhattan. The event was a bicycle race.

‘Nothing compares to the simple pleasure of a bike ride.’
John F. Kennedy

MONDAY
8P ‘Dancing with the Stars

Seven
The Second Commercial Network in Australia finished with a 32.2% share.

ABC
The Alphabet Network in Australian finished with a 15.5% share.

Ten
The Third Commercial Network in Australia finished with a 18.3% share.

SBS
The Special Broadcast Service in Sustralia finished with a 6.1% share

ABC #1 Saturday in AU as ‘The Coroner’ top program.

ABC
The Alphabet Network in Australia finished #1 in Australia Saturday with an average 541,000 viewers and a 21.1% share.

Seven
The Second Commercial network in Australia finished with a 35.2% share.

Nine
The First Commercial Network in Australia finished with a 22.3% share.

Ten
The Third Commercial Network in Australia finished with a 14.1% share.

SBS
The Special Broadcast Service in Australia finished with an a 7.4% share.