Posted on February 25, 2017 by overtheshouldermlb

This Weekend in 1942, ‘Captains of the Clouds‘ was directed by Michael Curtiz and starring James Cagney, Dennis Morgan, Brenda Marshall, Alan Hale, Sr., George Tobias, Reginald Gardiner, and Reginald Denny. Released in an era of patriotic films with overt propaganda themes, ‘Captains of the Clouds’ received an enthusiastic public acceptance. Although it was a “Hollywood” production, the film premiered simultaneously on February 21, 1942 in New York, London, Ottawa, Cairo, Melbourne, Toronto, Winnipeg, and Vancouver, with RCAF pilots transporting film copies to all these cities. The public reaction can be partly attributed to the plot line that revolved around the unique Canadian wilderness and the bush pilot mystique. The vivid aerial scenes filmed in Technicolor were another aspect of the expensive production that gained critical attention.


This weekend in 1942, ‘“String of Pearls‘ with Glenn Miller and His Orchestra was #1 record on Billboard.

CBS
The Tiffany Network owns Friday and this Friday was no different, even with its biggest program in rerun during the February Sweeps. That represents an obscene show of loyal viewership for this network.

ABC
The Alphabet Network had its usual lineup.

NBC
The Peacock Network brought out its usual lineup.

FOX
The Animal Network of Broadcast had Rosie and the Hollow showing no continuity in programming what-so-ever.

8P ‘Rosewood‘ (‘Radiation & Rough Landings’) finished with an average 2.690 million viewers. This is a Must See TV/ON DEMAND/Streaming episode. Hidden away on Friday by Murdoch’s Minions, this series is one of the top on television and this episode deals with a whole lot of issues on three of the main players in the cast.
9P ‘Sleepy Hollow‘ (‘Sick Burn’) finished with an average 1.761 million viewers.

Broadcast (English Language) Networks Friday in prime time finished with an estimated average 19.716 million viewers on a very slow night in the middle of the winter. Viewing habits…they are a changing.

You won’t see this episode as CBS axed the latest Katherine Heigl vehicle in a near record time after only two episodes. Its drop from 5.3 million viewers in the first showing to 4.0 million viewers in the second, following a great night leading lead in program, doomed this latest Heigl Histerical. How bad was it? The entire 13 episode package was already in the can and there is no mention of it ever being show. 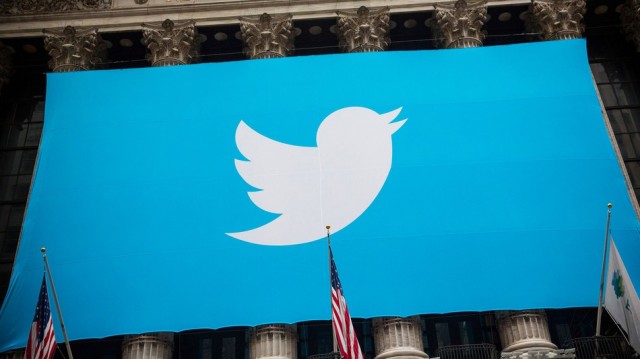 Tweet Tweet Customer Service Becomes Human Once Again
Next time you seek out customer service through a Twitter message, you may find yourself talking to an actual human rather than a corporate account. The social network now lets brands display avatars and names of individual employees in direct-message conversations, while still operating through the company’s main profile. The new tool will also more clearly indicate when you are talking to an automated bot. The feature launched Wednesday with T-Mobile signed on as the only advertiser partner.

In an article by Patrick Kulp in Mashable, the move is grounded in Twitter’s market research that shows personalized customer service is around 20% more satisfying and productive to consumers than nameless corporate interactions. Twitter has been playing to its strength as a go-to forum for the airing of consumer praises and grievances with a series of new features meant to make customer service easier on the platform. These tools include “conversational” ads that prompt users with possible responses and brand availability hours.

Twitter enables brands to display the names and avatars of real staff in direct-message conversations to clearly differentiate to consumers that they are talking to a human, as opposed to a bot. T-Mobile introduced research that showed that “77% of people are likely to recommend a brand following a personalized customer service interaction”.

Ecommerce in Canada is undergoing a major disruption. Spurred by competition from Amazon, retailers there are investing in digital, and it has become a way to battle the challenges of a reaching a small population dispersed over a vast land mass. “While Canada has lagged behind the US and UK in ecommerce, it is now catching up as double-digit annual gains drive what growth there is in Canada’s retail sector,” said analyst Paul Briggs, author of eMarketer’s new report that examines the country’s ecommerce prospects. According to eMarketer’s latest forecast, ecommerce will account for 10% of total retail sales by 2020.

What’s more, consumers and retailers are embracing some of the innovative ecommerce trends that have yet to fully catch on in more advanced ecommerce markets, Briggs said. For instance, omnichannel strategies like click and collect, in which companies like Toronto-based grocer Loblaw lets shoppers order online, then pick up groceries later. This service sidesteps delivery expenses, substantial in Canada, in which 85% of distribution costs are in the last mile of delivery.

The omnichannel consumer in Canada intensifies his or her online shopping during the holiday season, and does so much shopping with mobile that a quarter of all retail ecommerce is expected to occur via mobile device this year. Plus, Canadian omnichannel consumers have always loved shopping south of the border in the US.

Traditionally this was because online selection in Canada was poor. But that’s changing, according to Briggs. One reason is the strength of Canadian currency relative to the US dollar. “But the bigger factor is the vast improvement in the quality of offerings from Canadian retail—it is a big part of why [consumers there] are shopping domestically more than ever,” he said.

ITV #1 Friday in the UK as ‘Coronation Street’ has the punch and Piers has Nigel.

Seven #1 Friday in Australia as ‘Better Homes & Gardens’ was the top program.

Seven
The Second Commercial Network in Australia finished #1 Friday with an average 522,500 viewers and a 28.9% share.

Nine
The First Commercial Network in Australia finished with an average 416,167 viewers and a 28.0% share.

Ten
The Third Commercial Network in Australia finished with an average 398,933 viewers and a 16.8% share.

ABC
The Alphabet Network in Australia finished with a 17.8% share.

SBS
The Special Broadcast Service in Australia finished #5 Friday with a 8.5% share.

ABC
The Alphabet Network in Australia finished #1 overall Saturday with an average 642,800 viewers and a 24.5% share.

Nine
The First Commercial Network in Australia finished with an average 359,389 viewers and a 28.1% share.

Seven
The Second Commercial Network in Australia finished with a 27.9% share.

Ten
The Third Commercial Network in Australia finished with a 12.4% share.