Posted on January 9, 2017 by overtheshouldermlb

This Weekend in 1942, ‘The Black Sheep of Whitehall‘ premiered directed by Will Hay and Basil Dearden, and starring Will Hay, John Mills and Basil Sydney.

This weekend in 1942, ‘Chattanooga Choo Choo‘ with Glenn Miller and His Orchestra with Tex Beneke and the Four Modernaires continued to be the #1 record.

Cliptomize continues to grow as it has 115,845 users and 173,217 clipbooks with 874,830 visitors and 484,291 unique visitors with 4.177,432 million page views. 4 minutes 58 seconds average time spent on spent on site since the beginning. In January, average time spent on site is 5 minutes 10 seconds. This past month, it introduced the ability to upload multiple photos at the same time; allows you to insert links referring to another website in your clipbooks and you can search for titles, content and authors. Cliptomize For Business Service Bureau during recent NDA client campaign including 22 sends delivered a remarkable open rate of 49.79% and a click-through rate of 48.33% ‪#‎clipit‬, ‪#‎clip4biz‬🖇 Double Your Open Rate & Click-Through Rate Now!: http://www.cliptomize.com/Clipbook/View/250922?secret=h42qm2ns5g The First step to engagement is click-through 🆕 Remember, social media marketing isn’t always the tech. It’s the people. MONDAY AUSTRALIAN OVERNIGHT TV RATINGS (*SEE BELOW)

NBC
The Peacock Network had the ‘G-Men’ and the ‘Pack’.

CBS
The Tiffany Network had its usual lineup.

TEL
The Avis of Hispanic Networks topped the Spanish Language world on Sunday.

UNI
The #1 Hispanic Network in America didn’t do so well on Sunday.

On this date in 1959, the western TV series ‘Rawhide’ premiered starring Eric Fleming and Clint Eastwood. The show was cancelled in 1966. It was the fifth-longest-running American television Western, exceeded only by 8 years of Wagon Train, 9 years of The Virginian, 14 years of Bonanza, and 20 years of Gunsmoke.

‘Think about it. Hollywood, foreigners and the press. If you kick em all out, you will have nothing to watch but football and mixed martial arts.’
Meyrl Streep 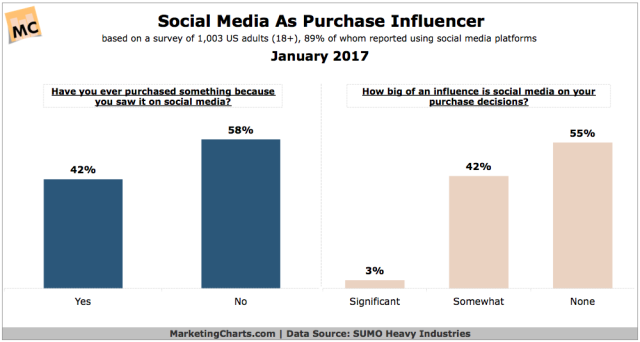 40% Of Adults Say They’ve Bought Something They Saw on Social Media
Social networks are widely used in the US, as a recent MarketingCharts study indicates that more than 2 in 3 US adults use social media on a weekly basis. And there’s reason to believe that social media will be increasingly used as a vehicle for product discovery, given that 85% of Gen Z reports using social to learn about new products. But to what extent does social media influence purchases? A recent survey [download page] from SUMO Heavy Industries offers some insights.
The survey of 1,003 adults indicates that relatively few (23%) use social media for specific information such as learning about product and services. Likewise, fewer than 1 in 5 have ever purchased something directly through a social media site, such as by using a social buy button, although that 18% figure is a sizable increase from about 10% in a prior survey fielded in early 2016.

The absence of clear commerce intent from consumers when using social media doesn’t mean that social doesn’t have influence, however. Indeed, more than 4 in 10 respondents (42%) reported having ever purchased something because they saw it on social media. Additionally, roughly 45% said that social media has at least somewhat of an influence on their purchase decisions. Considering that close to 9 in 10 respondents reported using social media, this suggests that about half of social networking users’ decisions are influenced by the platforms.

As such, while consumers may not be using social media with a commerce mindset, exposure to products and services on these platforms appears to have an affect on purchase behavior.

What type of exposure works best? Not too surprisingly, posts by friends and family are the most likely to influence respondents’ purchase decisions (a testament to the power of word-of-mouth), as are product reviews, news and videos – each cited by a slight majority. While fewer said sponsored posts (16%) and banner/display ads (12%) are likely to influence their purchases, it’s worth noting that MarketingCharts research has found social advertising rising significantly as a purchase influencer.

As for specific platforms that most influence purchase decisions, Facebook is the leading network, hardly a surprising result given its extensive reach. Interestingly, Pinterest was the next-most cited platform, in keeping with its reputation as a more commerce-oriented platform.

Finally, the biggest concerns held by consumers regarding making purchases through social media sites are security (76%), privacy (65%) and legitimacy of the purchase (64%). These are longstanding concerns that may not be resolved anytime soon since social platforms continue to suffer from a low degree of consumer trust and still do not engender much confidence from consumers.

BEST PERFORMANCE BY AN ACTOR IN A TELEVISION SERIES — DRAMA

BEST PERFORMANCE BY AN ACTRESS IN A SERIES, LIMITED SERIES OR MOTION PICTURE MADE FOR TELEVISION

BEST TELEVISION LIMITED SERIES OR MOTION PICTURE MADE FOR TELEVISION

BEST PERFORMANCE BY AN ACTOR IN A SUPPORTING ROLE IN A SERIES, LIMITED SERIES OR MOTION PICTURE MADE FOR TELEVISION

Hugh Laurie in ‘The Night Manager’

BEST PERFORMANCE BY AN ACTRESS IN A SUPPORTING ROLE IN A SERIES, LIMITED SERIES OR MOTION PICTURE MADE FOR TELEVISION

Olivia Coleman in ‘The Night Manager’

BEST PERFORMANCE BY AN ACTOR IN A SERIES, LIMITED SERIES OR MOTION PICTURE MADE FOR TELEVISION

Tom Hiddleston in ‘The Night Manager’

Claire Foy in ‘The Crown’

BEST ACTOR IN A TELEVISION SERIES OR MUSICAL

Casey Afflack ‘Manchester By The Sea’ 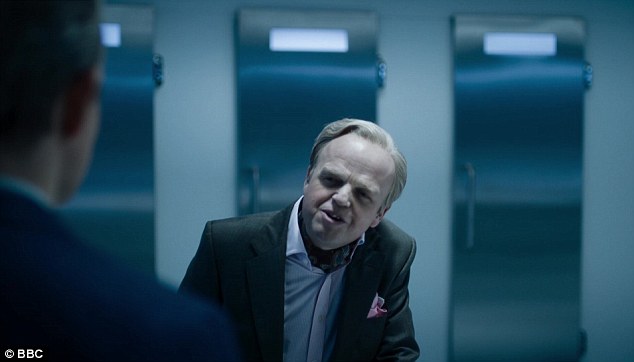 BBC One #1 Sunday in the UK as ‘Sherlock’ top program. 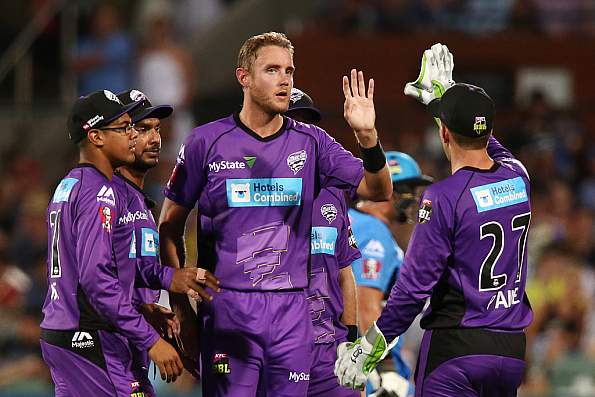 Ten
The Third Commercial Network in Australia finished with an average 785,000 viewers and a 23.4% share.

Nine
The First Commercial Network in Australia finished with a 26.6% share.

Seven
The Second Commercial Network in Australia finished with a 24.3% share.

ABC
The Alphabet Network in Australia finished with a 17.0% share.

SBS
The Special Broadcast Service in Australia finished with a 8.8% share. 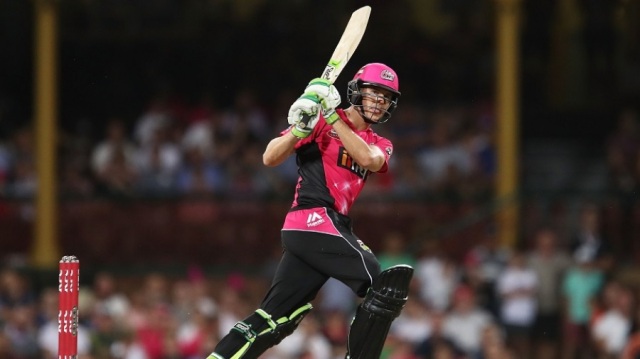 Ten
The Third Commercial Network in Australia finished with an average 806,000 viewers and a 27.9% share.

SBS
The Special Broadcast Service in Australia finished #5 Monday with a 7.9% share.