Posted on January 5, 2017 by overtheshouldermlb

Comedy, Mystery and Cricket ruled the television English Speaking World on Wednesday. Plus ‘Looking Past The 7-Day Window For Television Commercial Audiences’ all below.
The Daily Diary Of Screens #dailydiaryofscreens 🇺🇸🇬🇧🇦🇺💻📱📺🎬﻿. For Wednesday, January 4, 2016.
CBS #1 broadcast network as ABC’s ‘Modern Family‘ was the top broadcast program.
UNI #1 Hispanic network as ‘El Color de la Pasion‘ finished #1 Hispanic program.
In the ITV, BBC One #1 as ‘Midsomer Murders‘ was the top program.
In Australia, ‘Ten‘ finished #1 broadcast network as ‘A Current Affair‘ was the #1 program as ‘Nine News‘ finished as the #1 newscast.

This Weekend in 1942, ‘The Man Who Came to Dinner‘ premiered directed by William Keighley,[2][3] and starring Bette Davis, Ann Sheridan and Monty Woolley.

This weekend in 1942, ‘Chattanooga Choo Choo‘ with Glenn Miller and His Orchestra with Tex Beneke and the Four Modernaires was the #1 record.

Cliptomize continues to grow as it has 114,512 users and 170,860 clipbooks with 865,302 visitors and 469,685 unique visitors with over 4.131 million page views. 4 minutes 59 seconds average time spent on spent on site since the beginning. In December, average time spent on site is 4 minutes 59 seconds. This past month, it introduced the ability to upload multiple photos at the same time; allows you to insert links referring to another website in your clipbooks and you can search for titles, content and authors. Cliptomize For Business Service Bureau during recent NDA client campaign including 22 sends delivered a remarkable open rate of 49.79% and a click-through rate of 48.33% ‪#‎clipit‬, ‪#‎clip4biz‬🖇 Double Your Open Rate & Click-Through Rate Now!: http://www.cliptomize.com/Clipbook/View/250922?secret=h42qm2ns5g The First step to engagement is click-through 🆕 THURSDAY AUSTRALIAN OVERNIGHT TV RATINGS (*SEE BELOW)

On this date in 1948, Warner Brothers-Pathe showed the very first color newsreel. The footage was of the Tournament of Roses Parade and the Rose Bowl football classic.

‘I find television very educating. Every time somebody turns on the set, I go into the other room and read a book.’
Groucho Marx

FCC stunner: OKs Univision rescue by Televisa
This clears the way for Mexican TV giant to gain control of the #1 U.S. Spanish-language media company as it struggles with losses. Just days before a new administration takes over in Washington, the Federal Communications Commission has pulled off a January surprise. The agency approved a request by Univision to grant a waiver allowing a foreign entity to own more than 25 percent of the struggling Spanish-language media company.

That means the FCC has cleared the way for Televisa, the Mexican media giant that produces much of Univision’s primetime programming, to up its ownership stake in Univision to up to 49 percent. This in turn clears the way for Televisa to gain effective control of Univision and invest significant dollars into entirely reshaping the company to better compete with arch-rival Telemundo and to upgrade its programming to adapt to the rapidly shifting viewer demands of U. S. Hispanics.

Looking Past The 7-Day Window For Television Commercial Audiences
Americans want to watch TV when they want. And a recent study by Nielsen looks at viewing trends across genres during extended playback windows, after the first week of a linear telecast.

When it comes to TV viewing, consumers are tuning in when they want and how they want. This ongoing change in viewing behavior means that networks need more data and faster access to data in order to understand how people are viewing their content. To help buyer and sellers of TV advertising better understand the incremental commercial viewing that occurs past the original telecast date, Nielsen recently introduced new tools that enable networks to track, much faster, how audiences to episodes build over the first week after its original air date.

Now for the first time, buyers and sellers of TV advertising have comprehensive ratings data for all programs and commercials that consumers watch from day eight through day 35 after the original airing.

Recent trends suggest that viewers are migrating to an extended playback window for consuming TV content, and viewing behavior after the first week of a linear telecast provides this critical insight.

To see how ads perform after the first seven days of airing, Nielsen examined five weeks of commercial viewing, using data from the first week of the new television season, and analyzed broadcast and cable TV data by program.

When looking at the data for 10 popular broadcast and cable TV shows that aired during the analyzed week, program storylines drove both similarities and differences in commercial viewing, particularly after the seventh day of the initial broadcast.

At the low end, the newly available data showed a lift of just 1.8% from viewing between days eight and 35. But at the high end, days eight through 35 drove a lift of over 8% of commercial viewing.

When looking at the data for a particular broadcast drama, 92% of its viewing occurred during the first seven days of the program airing. The other 8% came between days eight and 35. Further analysis showed that 43.5% of the playback viewing beyond seven day for the broadcast drama occurred between days 15 and 35. The overall lift in commercial ratings beyond day seven was 9%.

For the cable reality 1 show analyzed, we saw a slightly different story. While the majority of viewing for this show occurred within seven days of the show’s airing, 4.9% of the viewing happened between days eight and 35. Due to the nature of this show, 82.7% of the playback viewing occurred between days eight and 14. This show saw a 5% increase in C35 commercial ratings compared to the 9% for the broadcast drama analyzed. This shows that for this specific reality show, people wanted to watch the show live rather than at a later time.

The chart below looks at the distribution of commercial audiences over 35 days. It breaks out the percentage of viewing that occurred live to seven days of time-shifted viewing, and between days eight and 35.
//e.infogr.am/12c002a9-e764-416e-98c5-3f484bb930f0?src=embed

The chart below provides further insight by showing how the commercial viewing between days eight and 35 is distributed.
//e.infogr.am/ca7e79f2-48e6-4025-b67d-0932d1f3643b?src=embed
While the bulk of program and commercial viewing occurs within the first seven days of airing, there are meaningful amounts of incremental commercial viewing beyond day seven for many shows. With these new data, buyers and sellers have much greater insight into the complete television audience for commercials.

Music Diva, CLARA-NOVA (Sydney Wayser, daughter of Jacques & Henessy) has created another new album being released under her own label. Titled ‘ASHES’, you can support her by making a pledge ($10, $25, small or otherwise) to pre-order her album via PledgeMusic with the following link:
http://www.pledgemusic.com/projects/claranova
@sydneywayser #sydneywayser 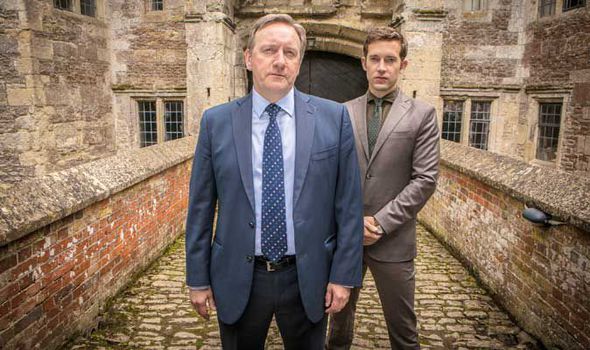 ITV #1 Wednesday in the UK as ‘Midsomer Murders’ was top program.

8P ‘Midsomer Murders‘ (‘Crime and Punishment’) finished #1 Wednesday outside of soaps as Barnaby learns how far some people will go for power when he investigates the death of a member of the Bleakridge Watch in the most remote village in Midsomer. 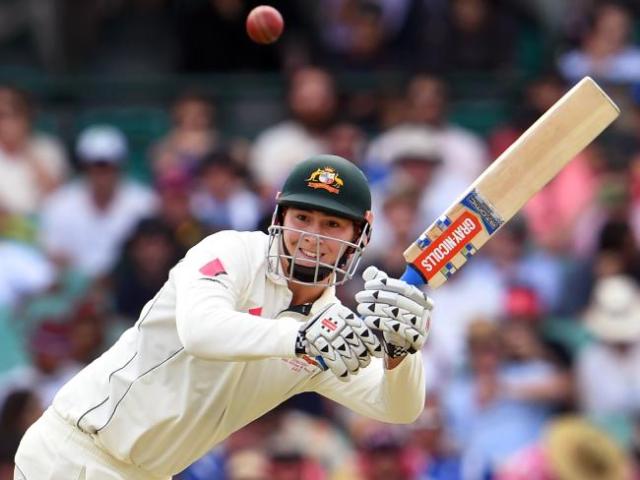 Ten
The Third Commercial Network in Australia finished with an average 805,000 viewers and a 24.9% share.

Nine
The First Commercial Network in Australia finished with a 27.7% share. The biggest program on Wednesday was outside of prime time at 3:15P as ‘Third Test:Australia v Pakistan Session 3’ finished with an average 831,000 viewers.

Seven
The Second Commercial Network in Australia finished with a 25.2% share.

ABC
The Alphabet Network in Australia finished with a 14.5% share.

SBS
The Special Broadcast Service in Australia finished with a 7.7% share. 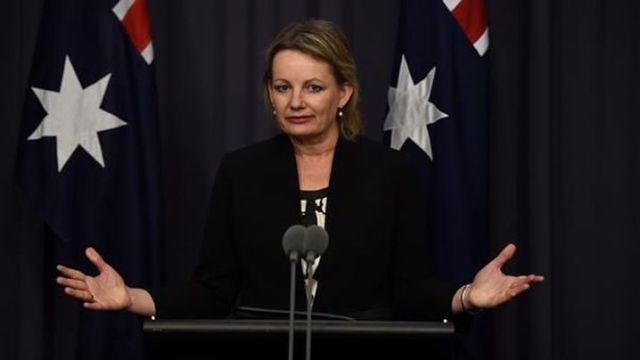 Ten #1 Thursday in Australia as Nine’s ‘A Current Affair’ finished as the top program.

Ten
The Third Commercial Network in Australia finished with an average 838,000 viewers and a 25.1% share.

Nine
The First Commercial Network in Australia finished with an average 532,000 viewers and a 27.1% share.

Seven
The Second Commercial Network in Australia finished with a 25.0% share.

ABC
The Alphabet Network in Australia finished with an average 406,000 viewers and a 16.5% share.

SBS
The Special Broadcast Service finished #5 Thursday in Australia with a 6.4% share.