Posted on December 24, 2016 by overtheshouldermlb

Drama, reality and cricket ruled the English Speaking World on television Friday.
The Daily Diary Of Screens #dailydiaryofscreens 🇺🇸🇬🇧🇦🇺💻📱📺🎬﻿. For Friday, December 23, 2016.
CBS #1 broadcast network as ‘Blue Bloods‘ was the top broadcast program.
In the UK, BBC One #1 as ‘Strictly Len Goodman‘ was the top program.
In Australia, ‘Ten‘ finished #1 broadcast network as ‘Seven News‘ was the #1 newscast as ‘Cricket:The Big Bash League Game 5‘ finished as the #1 program.

Cliptomize continues to grow as it has 112,124 users and 167,108 clipbooks with 840,631 visitors and 465,955 unique visitors with over 4.028 million page views. 5 minutes 58 seconds average time spent on spent on site since the beginning. In December, average time spent on site is 5 minutes 10 seconds. This past week, it introduced the ability to upload multiple photos at the same time; allows you to insert links referring to another website in your clipbooks and you can search for titles, content and authors. Cliptomize For Business Service Bureau during recent NDA client campaign including 22 sends delivered a remarkable open rate of 49.79% and a click-through rate of 48.33% ‪#‎clipit‬, ‪#‎clip4biz‬🖇 Double Your Open Rate & Click-Through Rate Now!: http://www.cliptomize.com/Clipbook/View/250922?secret=h42qm2ns5g The First step to engagement is click-through 🆕 SATURDAY AUSTRALIAN OVERNIGHT TV RATINGS (*SEE BELOW)

On this date in 1948 – For the first time ever, a midnight Mass was broadcast on television. It was held at St. Patrick’s Cathedral in New York City.

Quote Of The Day
‘YES, VIRGINIA, THERE IS A SANTA CLAUS’
Eight-year-old Virginia O’Hanlon wrote a letter to the editor of New York’s Sun, and the quick response was printed as an unsigned editorial Sept. 21, 1897. The work of veteran newsman Francis Pharcellus Church has since become history’s most reprinted newspaper editorial, appearing in part or whole in dozens of languages in books, movies, and other editorials, and on posters and stamps.

DEAR EDITOR: I am 8 years old.
Some of my little friends say there is no Santa Claus.
Papa says, ‘If you see it in THE SUN it’s so.’
Please tell me the truth; is there a Santa Claus?

VIRGINIA, your little friends are wrong. They have been affected by the skepticism of a skeptical age. They do not believe except they see. They think that nothing can be which is not comprehensible by their little minds. All minds, Virginia, whether they be men’s or children’s, are little. In this great universe of ours man is a mere insect, an ant, in his intellect, as compared with the boundless world about him, as measured by the intelligence capable of grasping the whole of truth and knowledge.

Yes, VIRGINIA, there is a Santa Claus. He exists as certainly as love and generosity and devotion exist, and you know that they abound and give to your life its highest beauty and joy. Alas! how dreary would be the world if there were no Santa Claus. It would be as dreary as if there were no VIRGINIAS. There would be no childlike faith then, no poetry, no romance to make tolerable this existence. We should have no enjoyment, except in sense and sight. The eternal light with which childhood fills the world would be extinguished.

Not believe in Santa Claus! You might as well not believe in fairies! You might get your papa to hire men to watch in all the chimneys on Christmas Eve to catch Santa Claus, but even if they did not see Santa Claus coming down, what would that prove? Nobody sees Santa Claus, but that is no sign that there is no Santa Claus. The most real things in the world are those that neither children nor men can see. Did you ever see fairies dancing on the lawn? Of course not, but that’s no proof that they are not there. Nobody can conceive or imagine all the wonders there are unseen and unseeable in the world.

You may tear apart the baby’s rattle and see what makes the noise inside, but there is a veil covering the unseen world which not the strongest man, nor even the united strength of all the strongest men that ever lived, could tear apart. Only faith, fancy, poetry, love, romance, can push aside that curtain and view and picture the supernal beauty and glory beyond. Is it all real? Ah, VIRGINIA, in all this world there is nothing else real and abiding. 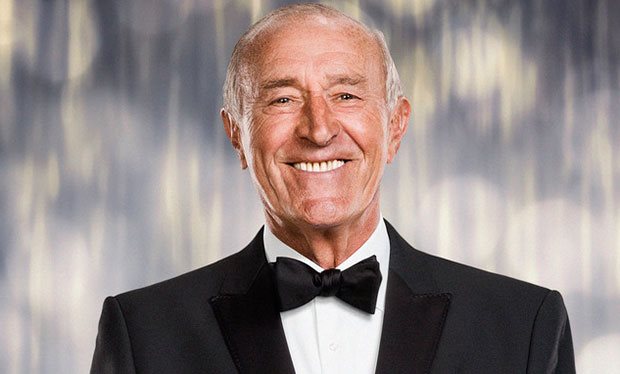 8P ‘The Hobbit:The Desolation of Smaug‘

Channel 5
The Viacom Five
8P ‘Christmas With The Double Acts‘
9P ‘The Morecambe and the Wise Story:Look Back In Laughter‘

Ten
The Third Commercial Network in Australia continued #1 for the fourth straight night as cricket brought in an average 733,250 viewers and a 29.6% share.

Seven
The Second Commercial Network in Australia finished with a 25.1% share.

7P ‘Better Homes And Gardens Summer‘ finished with an average 547,000 viewers.
830P ‘Inception‘ did not finish in the top 20 programs.

Nine
The First Commercial Network in Australia finished with a 21.9% share.

SBS
The Special Broadcast Service in Australia finished with a 6.6% share.

Television ratings in Australia were delayed. The will be posted when available.

Australian homes have more screens, channel and platform choices than ever before. These choices deliver greater opportunities to watch television and other video, and together affect the time consumers spend with various devices.

These are the findings from the Regional TAM, OzTAM and Nielsen Q3 (July-September) 2016 Australian Multi-Screen Report, which show people continue to spread their viewing across seemingly infinite options within a finite number of available hours each day.

Other trends from the report include:

‘Traditional’ television viewing remains dominant as 20.19 million Australians, or 86% of the population in people metered markets, watch at least some broadcast TV (free-to-air and subscription channels) on in-home sets weekly.
Connected screens in the home continues to rise, while the number of TVs has fallen slightly
The average Australian home now has 4.5 connected screens in addition to their TV sets, up from 3.9 four years ago.

The number of TV sets per home is fractionally lower today at 1.8.

The way Australians use their TV sets is changing, most noticeably in prime time as the TV screen can also be used for many activities in addition to watching TV, therefore the proportion of time people spend using their TV sets for other purposes is growing.

While the majority of TV material played back through the TV set happens within the first seven days, 1.7% of all broadcast TV watched on in-home sets in any four-week period is time-shifted between eight and 28 days later. In prime time the proportion of 8-28 day playback is 1.6%.

Regional TAM Chairman and General Manager, Prime Television, Tony Hogarth said: “The Australian Multi-Screen Report once again provides a comprehensive national overview of Australians’ viewing habits. Analysing television viewing based on ‘when watched’ data has allowed for this viewing to be accounted for at the time of day the TV content is being consumed as opposed to the time of broadcast. In regional Australia, looking at when watched viewing, audiences consumed an average of 103 hours and 45 minutes of broadcast television each month, which is just over 8 hours more than the national average.”

Nielsen Managing Director, Media, Craig Johnson said: “Today, consumers have more control than ever before and, are without a doubt leveraging that autonomy. The growing penetration of connected devices and increasing popularity of subscription-based streaming services, time-shifted and over-the-top viewing is fundamentally changing the TV industry. The ability to measure and report on all content across all devices – such as expanding the “long tail” out to 28 days – provides the industry with further, critical insights on how viewers are using technology to control their own viewing experiences.”

OzTAM CEO Doug Peiffer said: “The number of connected screens in Australian homes is at an all-time high, and Australians are taking advantage of the opportunities this creates to watch broadcast content and other video. While this choice contributes to the viewing ‘spread’ we’ve observed for some time, all age groups still spend more of their viewing time on any single device watching broadcast TV on in-home TV sets. Across the population that equates to more than 86 per cent of total viewing – including all devices, platforms and video content.”

Katie Melua ‘Have Yourself A Merry Little Christmas’