Posted on September 7, 2016 by overtheshouldermlb

Apple 7 & 7+ Unveiled. It does everything except ‘take off’. That begins this Friday.

‘It’s All About Screens.’ This is the Daily Diary of Screens. For Tuesday, September 6, 2016.
NBC finished #1 broadcast network as ‘American Ninja Warrior‘ was the top broadcast program.
UNI #1 Hispanic Network on Tuesday as ‘El Color de la Pasion‘ was the top Hispanic program.
In the UK, ratings delayed. Will be posted when available.
In Australia, ‘Nine‘ finished #1 broadcast network as ‘Nine News‘ was the #1 newscast as Ten’s ‘The Block‘ finished as the #1 program.
‘Don’t Breathe‘ #1 at the U.S. box office on the weekend 2-4 September 2016.
‘Star Trek Beyond‘ #1 at the International box office weekend 2-4 September 2016.
Sales of movie theater ads jumped 13.4% in 2015 as it reached $716 million in advertising sales. There are 3.734 Billion Unique Mobile 68% Social Ad Clicks Are Now Mobile. Users as of this quarter, account for a 51% worldwide penetration. Direct uploads of user videos to Facebook now exceed YouTube.

Cliptomize continues to grow as it has 90,000 users and 128,987 clipbooks with 644,477 visitors and 345,766 unique visitors with over 3.158 million pageviews. 5 minutes 4 seconds average time spent on spent on site since the beginning. In August, average time spent on site is 3 minutes 46 seconds. Cliptomize For Business Service Bureau during recent NDA client campaign including 20 sends delivered a remarkable open rate of 49.16% and a click-through rate of 48.72% ‪#‎clipit‬, ‪#‎clip4biz‬🖇 Double Your Open Rate & Click-Through Rate Now!: http://www.cliptomize.com/Clipbook/View/250922?secret=h42qm2ns5g The First step to engagement is click-through 🆕 WEDNESDAY AUSTRALIAN OVERNIGHT TV RATINGS (*SEE BELOW)

NBC #1 Tuesday as ‘America’s Got Talent’ dominated as top program.

NBC
The Peacock Network finished with

ABC
The Alphabet Network finished with

On this date in 1979, ESPN, the Entertainment and Sports Programming Network, made its debut on cable TV. 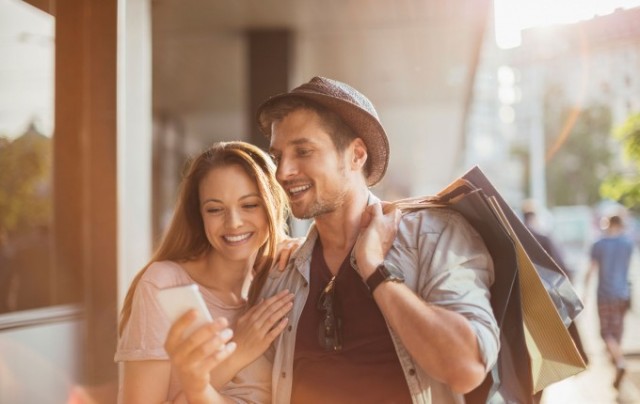 Why Millennials Are Buying Gift Cards For Themselves
Young folks have found a new use for refillable gift cards. They are buying them for themselves.A new report issued this week by analyst firm Mercator Advisory Group found a big jump in purchase of these “retailer-specific” cards among millennials. According to Bob Sullivan writing in Credit.com, “Nearly 3-in-5 young adult respondents indicated they bought them during the previous year, up from less than half of young adults who did so in the 2015 survey,” the report said.

The intermingling of these gift cards and apps seems to be behind the trend. Increases in overall retail refillable gift card sales were particularly sharp in the 18 to 24-year-old age range, which saw an increase from 44% to 53%; and among those ages 25 to 34, which jumped from 48% to 57%. The rise is even more dramatic when a three-year trend is considered, among the 18- to 34-year-old set, the jump was from 39% to 57% from 2013 to 2016. During that same stretch, gift card sales actually dropped among those over age 65, and were nearly flat for 35 to 64-year-olds.

Why the increase among young people? Gift cards aren’t just for gifts anymore. Young folks are loading gift cards onto retailer apps, and using the money on themselves, said report author Karen Augustine. “Retailers are introducing more mobile-based apps and offers when using their loyalty and prepaid programs, which may be fueling this growth in retailer gift card purchases,” Augustine said. “Young adults continue to lead this mobile revolution and growing use of prepaid cards as a money management tool.”
The Starbucks Effect
Starbucks continues to lead the way with its coffee cash app, which is little more than a gift-card management tool with a quirky loyalty program sprinkled on top. Still, the Starbucks app is a raging success. About $1.2 billion of customer cash is now loaded on the app/gift card tool, which means Starbucks holds more cash than some banks. About one-quarter of all transactions at U.S. Starbucks stores is now conducted via app. That serves customer loyalty, and it also saves Starbucks a killing on credit card transaction fees.

Meanwhile, the Starbucks app offers a huge advantage to busy young adults, those who pay via the app can skip to the end of the line, pick up their drink, and go. “I believe that millennials are taking advantage of the plethora of mobile apps that retailers have introduced that support their prepaid cards, and they start using more prepaid cards in general for their own use,” Augustine told me via email. “We see more prepaid cards being bought for personal use, not just for gifts.”

Other retailers, like coffee competitor Dunkin’ Donuts, have noticed Starbucks’ success, and now allow consumers to store value via gift cards on their own apps, a feature sometimes called “digitized stored value.” “The discount retailers are doing well in this space, despite their late entry,” Augustine said. “Dunkin’ is a regional brand that we do track, but national fast food chains are popular, too.”

On the other hand, a Forrester report issued last year suggests there’s plenty of room for retail-specific apps to grow. It found that 60% of consumers who use a smartphone to shop online have fewer than two retailer-specific apps on their phone; and only 18% of app users have used that app to store gift card value.

While plenty of store apps let users check gift card balances, or even buy and send gift cards, a study by RSR Research called the Digital Gifting Benchmark Study found that few popular apps complete the cycle and let consumers store and spend money via the app. “Too many retailers still offer no option to buy gift cards via mobile web or app,” the report said. Only 12 out of 100 retailers studied allowed consumers to load a gift card into their app. The study showed Sephora, Starbucks, Dunkin’ Donuts, Home Depot, and Amazon as the retailers with the best digital gift card experience.

Wouldn’t it be interest if the home furnishings industry offered gift cards on their apps? It might spark a revitalization in an industry that nearly never moves forward.

On the heels of a successful sold-out premiere at Michael Moore’s Traverse City Film Festival, Lifetime acquired the worldwide broadcast rights for ‘Sister Cities’. From the team behind ‘Return to Zero’, the independently produced film by Cannonball Productions, is directed by Sean Hanish, produced by Sean Hanish, Paul Jaconi-Biery, and Eleonore Dailly, and executive produced by Kelly Kahl and Alfred Molina. Colette Freedman wrote the script based upon her play.

8P ‘The Harry Bikers Chicken and Egg‘ season premiere open with an estimated average 1.8 million viewers and a 9.7% share.
9P ‘New York:America’s Busiest City‘ episode 2
10P ‘Motherland’ series premiere, while outside of prime time, it is important to note that it opened with a 1.2 million viewers and a 7.2% share, the second biggest on the network for new programs. 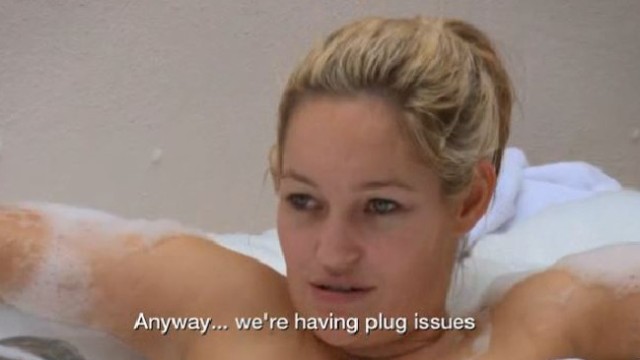 Nine
The First Commercial Network in Australia finished #1 in prime time Tuesday with and average 880,167 viewers and a 27.1% share.

Seven
The Second Commercial Network in Australia finished #2 with an average 793,917 viewers and a 29.6% share.

Ten
The Third Commercial Network in Australia finished with a 17.5% share.

ABC
The Alphabet Network in Australia finished with a 17.3$ share.

SBS
The Special Broadcast Service finished #5 Tuesday in Australia in prime time with an 8.6% share of the available audience.

Nine
The First Commercial Network in Australia finished #1 with an estimated average 874,833 viewers in prime time and a 29.1% share of the available audience.

Seven
The Second Commercial Network in Australia finished #2 with an estimated average 628,167 viewers in prime time on Wednesday and a 26.3% share of the available audience.

Ten
The Third Commercial Network in Australia finished #3 with a 19.8% share.

ABC
The Alphabet Network in Australia finished #4 with a 17.4% share.

SBS
The Special Broadcast Service in Australia finished #5 with a 7.4% share of the available audience.

Top Newscast In Australia on Wednesday