Posted on August 19, 2016 by overtheshouldermlb

‘It’s All About Screens.’ This is the Daily Diary of Screens. For Thursday, August 18, 2016.
NBC finished #1 broadcast network as ‘Rio 2016 Olympics‘ was the top broadcast program.
TEL finished #1 Hispanic network on Thursday and ‘Rio 2016 Olympics’ top program.
In the UK, BBC One #1 as ‘Rio 2016 Olympics‘ top program.
In Australia, ‘Seven‘ narrowly finished #1 as ‘Seven News‘ was the #1 newscast and ‘In Rio Today‘ finished as the #1 program.
‘Suicide Squad‘ #1 at the U.S. box office again on the weekend 12-14 August 2016.
‘Suicide Squad‘ #1 at the International box office weekend 5-7 August 2016.
Sales of movie theater ads jumped 13.4% in 2015 as it reached $716 million in advertising sales. There are 3.734 Billion Unique Mobile 68% Social Ad Clicks Are Now Mobile. Users as of this quarter, account for a 51% worldwide penetration. Direct uploads of user videos to Facebook now exceed YouTube. Facebook has 1.59 billion monthly users. Instagram has 77.6 million users. 88% of Twitter users are on mobile. An average of 500 million tweets are sent every day. The Google+1 button is hit 5 billion times per day. 80% of Internet users on Pinterest are female. Pinterest has 54.6 million users. LinkedIn has 347 million registered members. Weibo has 100 million daily users. 600 million users on Whatsapp. Facebook has 1.55 billion monthly active users. 60 billion messages are sent via Facebook Messenger and WhatsApp every day. Netflix now has 75 million streaming subscribers.
Cliptomize continues to grow as it has 87,532 users and 127,440 clipbooks with 636,007 visitors and 345,766 unique visitors with over 3.124 million pageviews. 5 minutes 6 seconds average time spent on spent on site since the beginning. In August, average time spent on site is 3 minutes 51 seconds. Cliptomize For Business Service Bureau during recent NDA client campaign including 20 sends delivered a remarkable open rate of 49.16% and a click-through rate of 48.72% ‪#‎clipit‬, ‪#‎clip4biz‬🖇 Double Your Open Rate & Click-Through Rate Now!: http://www.cliptomize.com/Clipbook/View/250922?secret=h42qm2ns5g The First step to engagement is click-through 🆕﻿ FRIDAY AUSTRALIAN OVERNIGHT TV RATINGS (*SEE BELOW)

On this date in 1950, ABC-TV first aired Saturday morning television shows for children. The first shows were “Animal Clinic” and ‘Acrobat Ranch’.
On this date in 1972, NBC-TV presented ‘The Midnight Special’ for the first time with John Denver as the first host.

Quote Of The Day
‘People will always try to stop you doing the right thing if it is unconventional’.
Warren Buffett,
Businessman, Investor and Philanthropist’

Stana Katic: No ‘Castle’ Movie For Her, But A Film About Four Sisters Who Need Some Bonding
When Stana Katic was removed from the Castle before the series was cancelled, fans were disheartened. And, it looks like there is no way that she would reprise her role as Kate Beckett in the series, for sure, and definitely, not in a Castle movie. But fans could still be in good cheer. There a new project in store for Katic including a film about sisters who need some bonding. For eight seasons, Katic was part of the Castle series and viewers loved her role as Kate. Speculations have circulated that she will play the female lead for a movie based on the series. But it looks like Katic’s busy schedule won’t allow this to happen. She is set to star in Sean Hanish’s ‘Sister Cities‘.

‘Sister Cities‘ is an adaptation of Colette Freedman’s stage play. It follows the lives of four sisters who don’t know each other too well until their mother died. Together they will discover a secret that could tear them apart. Katic will be starring alongside Michelle Trachtenberg, Jesss Weixler, Jacki Weaver, Amy Smart, Alfred Molina, ‘Pretty Little Liars‘ actress Troian Bellisario, Tom Everett Scott, Kathy Baker and introducing Kaia Gerber.

Katic actually shot Sister Cities in 2015. It’s good news for all the fans of the Castle beauty. Katic has been part of plenty of films throughout her career, including ‘Casino Royale’.

‘Sister Cities‘ is scheduled to be released on television on September 17 on Lifetime.

The project comes from director-producer Sean Hanish and the same team that produced the Emmy-nominated ‘Return to Zero‘, which aired on Lifetime in 2014. “Our goal with ‘Sister Cities’ has always been to get the film in front of as many people as possible, and Lifetime has proved to be the preeminent network to reach viewers who love films with strong female characters and performances,” said director-producer Sean Hanish. “After the overwhelming success of ‘Return to Zero’ on Lifetime, we’re thrilled to partner with the `Fempire’ a second time with ‘Sister Cities.’ ”

Colette Freedman wrote the script, which was based on her play. “Sister Cities” hails from Hanish’s Cannonball Productions and was produced by Hanish, Paul Jaconi-Biery and Eleonore Dailly. Kelly Kahl and Molina are executive producers.

BBC One
The Big One had again, the big one.

8P ‘Full Steam Ahead‘ finished with an average 1.7 million viewers and an 8.5% share.
9P ‘The 80’s with Dominic Sandbrook

Seven
The Second Commercial Television Network in Australia finished #1 Thursday in prime time with an average 36.2% share of the available audience.

Nine
The First Commercial Network in Australia finished #2 with a 23.9% share.

Ten
The Third Commercial Network in Australia finished #3 with a 20.1% share.

SBS
The Special Broadcast Service in Australia finished #5 in prime time on Thursday with a 5.7% share. 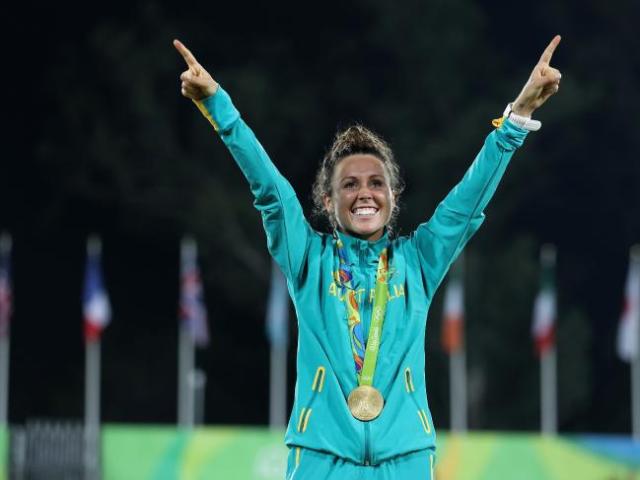 Seven
The Second Commercial Network in Australia rebounded with a big night on Friday with a 41.4% share of the available audience.

Ten
The Third Commercial Network in Australia finished with a 15.6% share.

ABC
The Alphabet Network in Australia finished with a 14.2% share.

Top Newscasts in Australia on Friday