Posted on August 7, 2016 by overtheshouldermlb 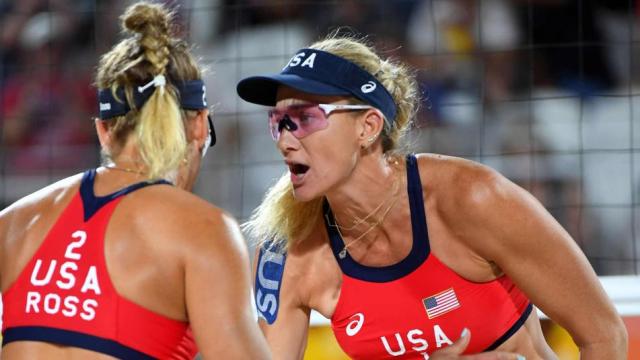 ‘It’s All About Screens.’ This is the Daily Diary of Screens. For Saturday, August 6, 2016.
NBC finished #1 broadcast network as ‘Rio 2016 Olympics‘ was the top broadcast program.
In the UK, BBC One #1 as ‘Rio 2016 Olympics‘ top program.
In Australia, ‘Seven‘ narrowly finished #1 as ‘Seven News‘ was the #1 newscast and ‘Rio 2016 Olympics’ finished as the #1 program.
‘Suicide Squad‘ #1 at the U.S. box office weekend 5-7 August 2016.
‘Jason Bourne‘ #1 at the International box office weekend 29-31 July 2016.
Sales of movie theater ads jumped 13.4% in 2015 as it reached $716 million in advertising sales. There are 3.734 Billion Unique Mobile 68% Social Ad Clicks Are Now Mobile. Users as of this quarter, account for a 51% worldwide penetration. Direct uploads of user videos to Facebook now exceed YouTube. Facebook has 1.59 billion monthly users. Instagram has 77.6 million users. 88% of Twitter users are on mobile. An average of 500 million tweets are sent every day. The Google+1 button is hit 5 billion times per day. 80% of Internet users on Pinterest are female. Pinterest has 54.6 million users. LinkedIn has 347 million registered members. Weibo has 100 million daily users. 600 million users on Whatsapp. Facebook has 1.55 billion monthly active users. 60 billion messages are sent via Facebook Messenger and WhatsApp every day. Netflix now has 75 million streaming subscribers.
Cliptomize continues to grow as it has 85,539 users and 124,442 clipbooks with 621,217 visitors and 343,766 unique visitors with over 3.066 million pageviews. 5 minutes 7 seconds average time spent on spent on site since the beginning. In June, average time spent on site is 4 minutes 07 seconds. Cliptomize For Business Service Bureau during recent NDA 45 day client campaign delivered a remarkable open rate of 48.92% and a click-through rate of 36.6% ‪#‎clipit‬, ‪#‎clip4biz‬🖇 Double Your Open Rate & Click-Through Rate Now!: http://www.cliptomize.com/Clipbook/View/250922?secret=h42qm2ns5g The First step to engagement is click-through 🆕﻿ SUNDAY AUSTRALIAN OVERNIGHT TV RATINGS (*SEE BELOW)

NBC
The Peacock Network had the big show of the summer and it was no contest but it was down from 36.5 million viewers (-46.6%) in the 2012 London Olympic Games.

On this date in 1941, WNBT broadcast the first audience-participation program, ‘Play The Game’.

Quote Of The Day
‘Brands need a unique and authentic voice if they’re to break through and grab consumers’ attention in the social media era.’
Chris Gross, Fox Sports Australia marketing chief

USA’s ‘Suits’ Renewed For 7th Season
Per Variety, USA has renewed “Suits” for a seventh season, the network announced Wednesday. The renewal comes as the drama series nears the end of its sixth season — with the season finale scheduled to air Aug. 10. The series is averaging 3 million total viewers, 1.2 million viewers ages 25-54 and 1.1 million viewers ages 18-49 in Nielsen live-plus-three numbers, which cover live viewing plus three days of DVR playback.

Of the 35% of US retail email list subscribers who were customers of the retailer they got email from, just 15% had made multiple purchases. For retailers, this means that not only are most email subscribers not past customers, but among those who are, the vast majority are not repeat customers. For consumers, it means many are subscribed to retail emails they may not be terribly interested in—and that could lead to inbox clutter and frustration.

Two-thirds of US internet users who receive five or more retailer emails per week—that&rsuqo;s by any and all retailers—say they receive too many retail emails, which one imagines might turn off users to digital retail. First Insight’s March 2016 report highlights that, of those who receive five or fewer emails per week, just 21% find they receive too many. Again, it’s important to note these internet users are talking about retailers in general, not just emails from one specific company, which means that retailers ought to take the presence of other retailers when considering email marketing campaigns and the frequency of sent emails.

For nearly a third of retailers, the average customer makes a purchase within the first 48 hours of signing up for marketing emails, June 2016 research found. And for approximately a quarter more merchants, customers first buy within a week of email signup.

The survey from email marketing services provider Campaigner asked retailers that used the company’s platform about the average time between customer email subscriptions and initial purchase. In total, slightly more than half of digital retail marketers in North America said their average customer makes a purchase at most a week after signing up to receive their emails.

By and large, email can be an effective channel for retailers looking to reach consumers, and ultimately, drive sales. Indeed, March 2016 data from WBR Digital and emarsys revealed that email marketing helps with customer acquisition and retention. Four-fifths of US small- and medium-sized retailers said so.

But too many emails can overwhelm customers. First Insight uncovered that consumers are getting too many emails from retailers. Two-thirds of respondents who received five or more retailer emails per week felt they received too many.

85,500+ users are now on the fastest growing platform in all of social media. Why? It creates the best click-thru rate. http://www.cliptomize.com/Clipbook/View/250922… The First step to engagement is click-through 🆕﻿ ‪#‎clipit‬, ‪#‎clip4biz‬🖇

What Millennial Consumer Behavior Retailers Must Know Now!
If there is one thing the post Great Recession has taught this group is that they want a good deal. It has been imprinted on their dna. And when they are making a decision to buy, the best deal wins.

Millennials love to use coupons, particularly paperless coupons. So for all those retailers out there who are putting their marketing monies into paper coupons or newspaper inserts, there is a better way of reaching this demographic.

When Millennials go into a store to show (grocery stores or otherwise) they use their mobile device while shopping in the store, to find a coupon (again, on their mobile devices…paperless) and compare pricing on that product. They understand how to compare better than any other demographic group.

And when it comes to paying, more than likely they will pay via their smartphone.

And after that, Millennials use Social Media to learn even more.

And, where do they shop? Do retailers have work ahead of them to reach this audience? Before they can buy, they have to know you exist.

And what is the primary influence that pushes Millennials to your store?

Finally, where can you find them when they are shopping?

TV Ratings Delayed. Will be posted with available.
BBC One
The Big One

Seven #1 Saturday in Australia as the ‘Rio 2016 Olympic Games’ was the top program.

Seven
The Second Commercial Network In Australia dominated Saturday as the Rio Olympics finished with a 46.3% share of the available audience.

Nine
The First Commercial Network in Australia finished #2 with a 22.5% share.

ABC
The Alphabet Network in Australia finished #3 with a 16.8% share.

Ten
The Third Commercial Network in Australia finished #4 with an 8.9% share.

8P ‘Night At The Museum‘ was not in the Top 20 programs in prime time.

Seven
The Second Commercial Network in Australia on Sunday finished #1 with Rio and a 42.2% share of the available audience.

Nine
The First Commercial Network In Australia finished #2 with a 23.8% share.

ABC
The Alphabet network in Australia finished #3 with a 15.3% share.

Ten
The Third Commercial Network in Australia finished #4 with a 12.2% share.

SBS
The Special Broadcast Service finished #5 with a 6.5% share of the available audience.