Posted on July 25, 2016 by overtheshouldermlb

‘It’s All About Screens.’ This is the Daily Diary of Screens. For Sunday, July 24, 2016.
ABC finished #1 broadcast network as CBS’ ‘60 Minutes‘ was the top program.
UNI was the #1 Hispanic network on Sunday as ‘Va Por Ti‘ was the top program.
In the UK, BBC Two #1 as ‘Dragon’s Den‘ was the top program.
In Australia, ‘Seven‘ finished #1 as ‘Seven News‘ was the #1 newscast and ‘MasterChef AU‘ finished as the #1 program.
‘The Secret Life Of Pets‘ #1 at the U.S. box office weekend 15-17 July 2016.
‘The Secret Life Of Pets‘ #1 at the International box office weekend 8-10 July 2016.
Sales of movie theater ads jumped 13.4% in 2015 as it reached $716 million in advertising sales. There are 3.734 Billion Unique Mobile 68% Social Ad Clicks Are Now Mobile. Users as of this quarter, account for a 51% worldwide penetration. Direct uploads of user videos to Facebook now exceed YouTube. Facebook has 1.59 billion monthly users. Instagram has 77.6 million users. 88% of Twitter users are on mobile. An average of 500 million tweets are sent every day. The Google+1 button is hit 5 billion times per day. 80% of Internet users on Pinterest are female. Pinterest has 54.6 million users. LinkedIn has 347 million registered members. Weibo has 100 million daily users. 600 million users on Whatsapp. Facebook has 1.55 billion monthly active users. 60 billion messages are sent via Facebook Messenger and WhatsApp every day. Netflix now has 75 million streaming subscribers.
Cliptomize continues to grow as it has 81,942 users and 118,942 clipbooks with 578,421 visitors and 313,501 unique visitors with over 2.894 million pageviews. 5 minutes 12 seconds average time spent on spent on site since the beginning. In June, average time spent on site is 4 minutes 55 seconds. Cliptomize For Business Service Bureau during recent NDA 45 day client campaign delivered a remarkable open rate of 48.92% and a click-through rate of 36.6% ‪#‎clipit‬, ‪#‎clip4biz‬🖇 Double Your Open Rate & Click-Through Rate Now!: http://www.cliptomize.com/Clipbook/View/250922?secret=h42qm2ns5g The First step to engagement is click-through 🆕﻿ MONDAY AUSTRALIAN OVERNIGHT TV RATINGS (*SEE BELOW)

NBC
The Peacock Network brought us an all rerun Sunday as it prepares for a month in Rio.

FOX
The Animal Network of Broadcast reran its entire schedule as it hibernated on Sunday in preparation for a below average season.

On this date in 1939, in New York, the NBC experimental station, W2XBS TV, presented the first musical comedy on TV. The show was ‘Topsy and Eva’ from 8:30-9:30P. It starred The Duncan Sisters in “Topsy and Eva-Television Edition,” with Billy Kent, Florence Auer, Winfield Hoeney, Edwin Vail, William Edmundson, the Southernaires and the Chansonettes. Rosetta and Vivian Duncan were well-known vaudeville stars in 1923 when they asked Catherine Chisholm Cushing to write a musical for them “Based on ‘Uncle Tom’s Cabin.'” Cushing used Stowe’s characters, but drastically rewrote the story. As you can see from the script available below, what plot the piece has depends mainly on the romantic relationship between George Shelby and an added character named Marietta, and on the misunderstandings between Mrs. Shelby and Augustine St. Clare, whom the script turns into her former beau. The show was essentially an occasion for singing, dancing and comic turns by the Sisters, especially Rosetta “in half-nudity and burnt-cork” as Topsy. The play was very popular. After engagements in Los Angeles and San Francisco, it ran for 47 weeks in Chicago, played on Broadway for about four months, then went on the road for a national tour through 1926. In 1927 the Duncans combined the stage show with an 80-minute movie (on which D. W. Griffith did some of the directing). They “revived” the show twice in the 30s, with new songs, again in 1942, and apparently kept coming before America as ‘Topsy and Eva’ well into the 1950s.

‘Sister Cities’ World Premiere at Traverse City Film Festival SOLD OUT!
Sean Hanish’s film, ‘Sister Cities’, from a play by Colette Freedman, will makes its world premiere at Michael Moore’s Traverse City film Festival on July 29, 2016 and it is already SOLD OUT. In this twisty and finely-observed family drama of Chekhovian simplicity, four estranged and wildly different sisters—each named after the city they were born in—are called home following the death of their mother. Free-spirited force of nature Mary Baxter lived a whirlwind life, and left her daughters adrift in her wake. After they arrive for Mary’s funeral, a raging storm traps them together in the house. Clashes ensue, old flames reappear, vodka is consumed, memories are triggered, and secrets bubble up, forcing them to confront the things they love about each other, and the things they’d just as soon forget. By turns awkward, funny, and moving, much like real-life family reunions, the fiery and forceful women at the film’s center give this American dramedy a winning appeal. Featuring an all-star cast including Jacki Weaver (“Silver Linings Playbook“), Stana Katic (“Castle”), Troian Bellisario (“Pretty Little Liars”), Michelle Trachtenberg, Amy Smart, Alfred Molina and Kaia Gerber star.

ITV
The Independent One had Bond…James Bond. 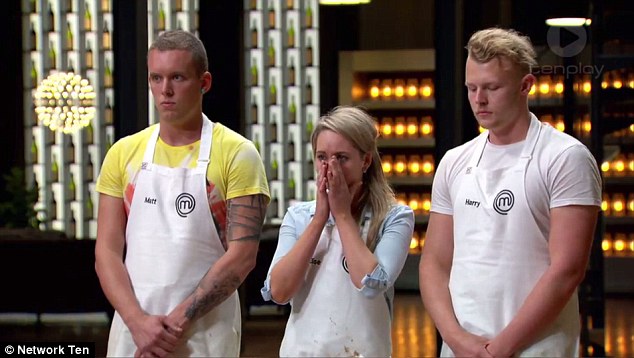