Posted on July 13, 2016 by overtheshouldermlb

‘It’s All About Screens.’ This is the Daily Diary of Screens. Wednesday, July 13, 2016.
NBC finished #1 broadcast network as’America’s Got Talent‘ was the top program.
UNI & TEL tied as #1 Hispanic networks on Tuesday.
FOXNC #1 cable network on Tuesday.
In the UK, ITV #1 as ‘Wedding Surprises:Caught on Camera‘ was the top program.
In Australia, ‘Ten‘ finished #1 as ‘Seven News‘ was the #1 newscast and ‘MasterChef AU‘ finished as the #1 program.
‘The Secret Life Of Pets‘ #1 at the U.S. box office weekend 8-10 July 2016.
‘Independence Day 2-Resurgence‘ #1 at the International box office weekend 24-26 June 2016.
Sales of movie theater ads jumped 13.4% in 2015 as it reached $716 million in advertising sales. There are 3.734 Billion Unique Mobile 68% Social Ad Clicks Are Now Mobile. Users as of this quarter, account for a 51% worldwide penetration. Direct uploads of user videos to Facebook now exceed YouTube. Facebook has 1.59 billion monthly users. Instagram has 77.6 million users. 88% of Twitter users are on mobile. An average of 500 million tweets are sent every day. The Google+1 button is hit 5 billion times per day. 80% of Internet users on Pinterest are female. Pinterest has 54.6 million users. LinkedIn has 347 million registered members. Weibo has 100 million daily users. 600 million users on Whatsapp. Facebook has 1.55 billion monthly active users. 60 billion messages are sent via Facebook Messenger and WhatsApp every day. Netflix now has 75 million streaming subscribers.
Cliptomize continues to grow as it has 80,000 users and 115,328 clipbooks with 578,421 visitors and 313,501 unique visitors with over 2.894 million pageviews. 5 minutes 12 seconds average time spent on spent on site since the beginning. In June, average time spent on site is 4 minutes 55 seconds. Cliptomize For Business Service Bureau during recent NDA 45 day client campaign delivered a remarkable open rate of 48.92% and a click-through rate of 36.6% ‪#‎clipit‬, ‪#‎clip4biz‬🖇 Double Your Open Rate & Click-Through Rate Now!: http://www.cliptomize.com/Clipbook/View/250922?secret=h42qm2ns5g The First step to engagement is click-through 🆕﻿ WEDNESDAY AUSTRALIAN OVERNIGHT TV RATINGS (*SEE BELOW) 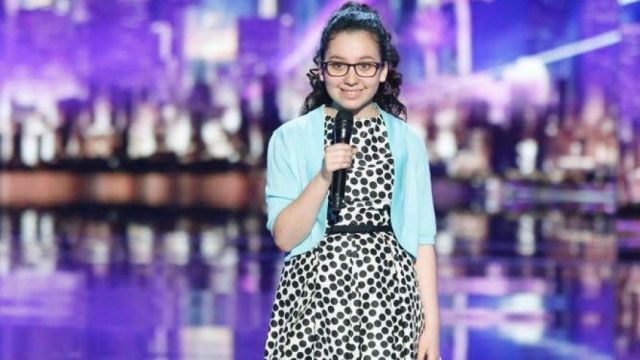 NBC
The Peacock Network finished #1 Tuesday as America had talent as it finished UP slightly (0.01%) vs SD 2015.

The Animal Network of Broadcast had the 2016 Major League All-Star Game and it was strong for Murdoch’s Minions but finished DOWN -22.2% vs SD 2016.
8P ‘2016 Major League All-Star Game‘ LIVE from San Diego, CA, finished with an average 7.942 million viewers and a 6.1/8 as the American League defeated the National League 4-2. The game peaked at 930P with an average 8.099 and a 6.5/11. For a recap, go to:https://overtheshouldermlb.wordpress.com/wp-admin/post.php?post=1475&action=edit (Note: The MLB All-Star Game on Fox aired live. Overnight ratings reflect only timeslot data, not actual program data, and do not account for time zone differences.)

CBS
The Tiffany Network sandwiched a zoo between the Navy and finished third and DOWN -15.7% vs SD 2015 due mainly to a 2 million + drop in ‘The Zoo’.

On this date in 1938, the first television theater opened in Boston, MA at 568 Commonwealth. The variety show was performed on a floor above the theater and transmitted downstairs by TV. The variety show with dancing and song lasted 45 minutes and was attended by 200 people who paid 25 cents for admission, children 15 cents. About two weeks later, Time magazine reported: Among the automobile showrooms and tire and accessory shops where Boston’s Commonwealth Avenue runs into Kenmore Square, gaudy posters proclaim TELEVISION. A PREVIEW OF TOMORROW. SENSATIONAL, ENTERTAINING, EDUCATIONAL. The sensation belongs to the Massachusetts Television Institute, licensed by the city authorities to operate America’s first television theatre.

Holding no television broadcasting license. Educator-Entrepreneur Evans carries his pictures from M. I. T.’s second-story studio to its street-level showroom by wire. Amateur talent on the first show included Boston’s Mayor Maurice Joseph Tobin. Professional performers will be hired only if the box office take is large enough to pay salaries. President Evans does not expect his theatre to survive Boston’s first curiosity to see television pictures. Said he: “I’ve always practiced the reduction of ideas to practice.”

Purchase Influencers Among Millennials
Social media ads have seen rapid spending increases in recent years, and that increasing flow of money is having a profound effect on social advertising’s status as a consumer purchase influencer.

Social ads’ stated influence on purchases has risen considerably over the past 2 years across all demographic groups identified in the report. As a result, social ads now are said to influence purchases for more American adults than radio ads, despite having lower reach among the adult population.

Not surprisingly, social ads have their largest impact on youth. This year, 1 in 5 Millennials (18-34) surveyed report having made a purchase in the prior 6 months due to ads on social networks. That marks a 65% jump from the 2014 study, in which fewer than 1 in 8 (12.1%) reported such an influence from social ads.

Part of social ads’ rise in perceived influence can probably be attributed to their greater presence. In a new addition this year, the study ranks the media in which consumers feel most exposed to advertising. The top response for Millennials? Social media.

The next-leading location for Millennials’ ad exposure is smartphones, a result that is likely tied to the prominence of social media use on these devices, and which makes sense in light of recent research indicating that Millennials believe ad clutter is a bigger issue on smartphones than on other devices. That exposure to advertising is also having an affect on perceived purchase influence. Mobile display ads, particularly smartphone display ads, have risen up the purchase influence rankings across most demographic groups analyzed in the report, though the trend hasn’t been as pronounced for affluents, who still lean most towards traditional media.

Still, TV ads continue to be the largest purchase influencer, maintaining strong impact across generations even as youth gravitate away from traditional TV. The same can’t be said for online video ads, which surprisingly have seen little uptick in stated purchase influence despite widening reach.

Five ways you can attract millennials.

Be in as Many Places as Possible

Posting your product/services on the most common sites isn’t enough to find target audience. To attract the millennial, you have to engage followers in a range of places. You have to advertise, via mobile and social, in multiple spaces at once. This has to be a regular, consistent process. You need to be constantly placing your product/services via a range of sources.

Mobile advertising is it. And it’s no surprise because the mobile revolution has already happened and over half of all users are now browsing the Internet exclusively via mobile devices. There are two aspects to recruiting millennials via mobile you have to take into account. 1. Make sure your ads are optimized for mobile. Millennials are the most likely group to be using a mobile device, so make sure you are catering to that. Not optimizing is one of the prime ways to drive away millennials. 2. Also, you need to invest primarily in mobile advertising. Stop spending on traditional forms of marketing and focus on mobile instead.

Use Video to Tell Your Story

Millennials are turning to video marketing in order to find out what can make them stand out from the crowd. This is something you can do with your campaign to attract Millennials. Invest more on video. You only need an extremely short video. It can be literally just a few seconds of content to bring in your target audience. Create short videos to give people a snapshot of your company and brand. Encourage potential millennial customers to find out more about what you’re all about. It doesn’t have to cost a lot of money to create a video. In fact, it can take no more than a few minutes to actually get it done, if you already know how to use the software. Just make sure you have done your research and you know your target audience.

The key to a successful campaign is to engage with the user as soon as you can. Don’t prompt users to engage, begin the dialogue immediately. In terms of encouraging promising millennials through your doors, whether virtual or brick-and-mortar, you should make it easy to find out about you and what you are offering. This means that it should take one click to find out about you. Your website should be simple to use and all relevant information should be available via your site.

Make it hard for people to find out about you and they are not going to waste their time.

It takes two to make a conversation. Businesses are discovering that by replying to everyone who interacts with them they are more likely to turn customers into brand ambassadors.If you don’t reply to them they are going to have a poor view of your company. Respond quickly and they will buy from you and they will still ensure that you have a positive brand image. And that positive brand image is more likely to encourage other millennials to visit you as well.

Attracting Millennials to Your Company

ITV
The Independent One had the top spot in the UK Tuesday.

9P ‘Wedding Surprises:Caught on Camera‘ finished #1 in the UK Tuesday with an average 2.5 million viewers and a 13.3% share. 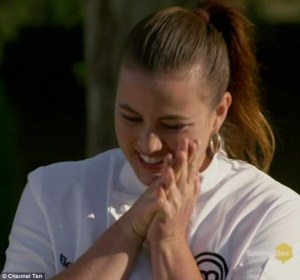 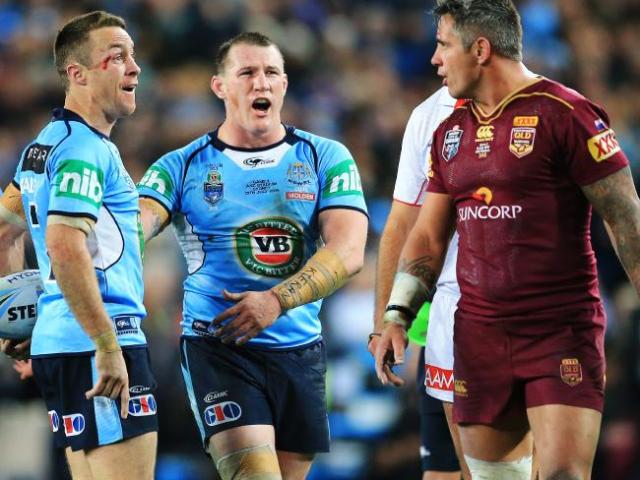