Posted on July 5, 2016 by overtheshouldermlb

‘It’s All About Screens.’ This is the Daily Diary of Screens. Tuesday, July 5, 2016.
NBC finished #1 broadcast network as ‘Macy’s 40th Annual Fourth Of July Fireworks Spectacular‘ was the top program.
In the UK, ITV finished #1 as ‘Brief Encounters‘ was the top program.
In Australia, ‘Seven‘ finished #1 as ‘Nine News‘ was the #1 newscast and ‘MasterChef AU‘ finished as the #1 non-newscast program.
‘Finding Dory‘ #1 at the U.S. box office weekend 1-4 July 2016.
‘Independence Day 2-Resurgence‘ #1 at the International box office weekend 24-26 June 2016.
Sales of movie theater ads jumped 13.4% in 2015 as it reached $716 million in advertising sales. There are 3.734 Billion Unique Mobile 68% Social Ad Clicks Are Now Mobile. Users as of this quarter, account for a 51% worldwide penetration. Direct uploads of user videos to Facebook now exceed YouTube. Facebook has 1.59 billion monthly users. Instagram has 77.6 million users. 88% of Twitter users are on mobile. An average of 500 million tweets are sent every day. The Google+1 button is hit 5 billion times per day. 80% of Internet users on Pinterest are female. Pinterest has 54.6 million users. LinkedIn has 347 million registered members. Weibo has 100 million daily users. 600 million users on Whatsapp. Facebook has 1.55 billion monthly active users. 60 billion messages are sent via Facebook Messenger and WhatsApp every day. Netflix now has 75 million streaming subscribers.
Cliptomize continues to grow as it has 80,000 users and 115,328 clipbooks with 578,421 visitors and 313,501 unique visitors with over 2.894 million pageviews. 5 minutes 12 seconds average time spent on spent on site since the beginning. In June, average time spent on site is 4 minutes 55 seconds. Cliptomize For Business Service Bureau during recent NDA 45 day client campaign delivered a remarkable open rate of 48.92% and a click-through rate of 36.6% ‪#‎clipit‬, ‪#‎clip4biz‬🖇 Double Your Open Rate & Click-Through Rate Now!: http://www.cliptomize.com/Clipbook/View/250922?secret=h42qm2ns5g The First step to engagement is click-through 🆕﻿ TUESDAY AUSTRALIAN OVERNIGHT TV RATINGS (*SEE BELOW)

NBC
The Peacock Network had fireworks and all the flag waving one could possibly imagine compliments of the big department store.

On this date in 1989, the pilot episode of ‘Seinfeld’ aired on NBC.

homes with meters that record the channel being watched—but not the demographics of the people watching. That will be estimated using data modeling and an algorithm Nielsen has developed, and added to the current sample that does include people meters that measure demos. The Panel Expansion (NPX), in which 12,900 households have been added to the national sample, is at the center of this change. The household ratings in these homes are measured by meters on each television in the home, while the demographic ratings in these homes will be assigned by Nielsen using a statistical algorithm. This is the first time since 1987 that homes in the national sample are not equipped with PeopleMeters, which measure both the program viewed and the people watching it.

ITV #1 Monday in the UK as ‘Brief Encounters’ top program. 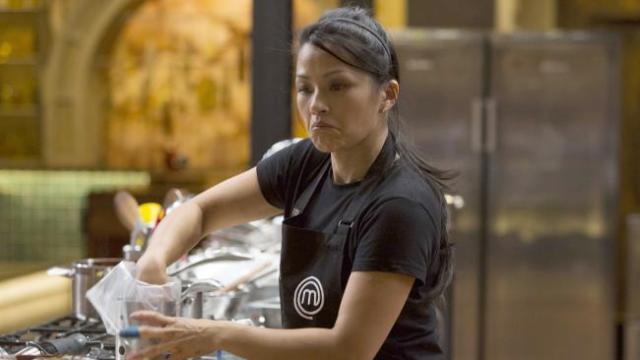