Posted on June 6, 2016 by overtheshouldermlb

‘It’s All About Screens.’ This is the Daily Diary of Screens. Monday, June 6, 2016.
ABC finished #1 broadcast network as ‘NBA Finals Gm#4‘ was the top program.
In the UK, ITV #1 broadcast network as ‘Soccer Aid 2016‘ top program.
‘Seven‘ finished #1 in Australia as ‘Nine News‘ was #1 newscast and ‘The Voice Australia‘ was the top non-newscast program.
‘X-Men: Apocalypse‘ #1 at the U.S. box office weekend 27-29 May 2016.
‘X-Men:Apocalypse‘ #1 at the International box office weekend 27-29 May 2016.
Sales of movie theater ads jumped 13.4% in 2015 as it reached $716 million in advertising sales. There are 3.734 Billion Unique Mobile 68% Social Ad Clicks Are Now Mobile. Users as of this quarter, account for a 51% worldwide penetration. Direct uploads of user videos to Facebook now exceed YouTube. Facebook has 1.59 billion monthly users. Instagram has 77.6 million users. 88% of Twitter users are on mobile. An average of 500 million tweets are sent every day. The Google+1 button is hit 5 billion times per day. 80% of Internet users on Pinterest are female. Pinterest has 54.6 million users. LinkedIn has 347 million registered members. Weibo has 100 million daily users. 600 million users on Whatsapp. Facebook has 1.55 billion monthly active users. 60 billion messages are sent via Facebook Messenger and WhatsApp every day. Netflix now has 75 million streaming subscribers. Cliptomize continues to grow as it has 77,321 users and 111,676 clipbooks with 540,939 visitors with over 2.814 million pageviews. 5 minutes 58 seconds average time spent on spent on site since the beginning. In June, average time spent on site is 5 minutes 06 seconds. Cliptomize For Business Service Bureau during recent NDA 60 day client campaign delivered a remarkable open rate of 51.5% and a click-through rate of 36.5% ‪#‎clipit‬, ‪#‎clip4biz‬🖇 MONDAY AUSTRALIAN OVERNIGHT TV RATINGS (*SEE BELOW)

Today, traditional TV still accounts for the lion’s share of video viewing, but online and mobile are where the growth is. When managed together, TV/digital/mobile hold the potential to drive real impact for advertisers—enabling them to maximize the customers they reach and/or reinforce key messaging across screens. After all, ‘It’s all about screens’.
The Home Of #dailydiaryofscreens

ABC
The Alphabet Network had basketball finals and it dominated Sunday but it finished DOWN 16.7% vs SD 2015.

CBS
The Tiffany Network was just a bystander on Sunday against the ‘Steph Show’ and finished DOWN -31.2% vs SD 2015.

FOX
The Animal Network of Broadcast had a beauty pageant and it finished third UP 1.72% vs SD 2015. It literally took the viewers CBS lost and brought them to FOX on Sunday.

NBC
The Peacock Network just didn’t have it except for AirB&B interview in Cuba, finishing DOWN -25.4% vs SD 2015.

How To Connect With Millennial Moms Now! Millennial Moms Today…Real Mom Talk
In an article by Rebecca Harris (053116) in MarketingMag.ca, Millennial Moms had a great view of what they are, what they want and what they believe in advertising to them.
Catherine Belknap and Natalie Teller are the epitome of ‘real mom’ talk. They created a platform in Toronto for Millennial Moms. They gave their views:

Belknap gave a historical presence. ‘Before, you had to choose between work and staying at home…you didn’t really have an option. Somewhere along the line, our (generation) started creating their own rules and their own ideas of what it’s going to look like. With a lot of moms, we know, having kids, fires them up to create their own journey, like starting their own businesses. There are so many millennial moms who are inspired to just go for it. They’re creating exactly the life they want. If they want to work between drop-off and pick-up, they work between drop-off and pick-up. We are redefining how work and motherhood blend.

Teller added ’The generation before didn’t have as many outlets to be able to search and research the kind of products and programs and things they were into. But now, through social media and the internet, moms are so much more savvy when it comes to traditional advertising and what (products) they’re bringing into their homes for their babies. I don’t think five years ago, you’d be able to recognize sponsored posts as much as you do now. And we can see right through all of that. Millennial moms are really looking to moms they trust…not necessarily the actors on TV, or the celebrities who claim to use (the product). They’re looking within their community to get advice on parenting.

Belknap gave her view on marketing to them. ‘I’ll talk from our perspective, but if you go through our social media, it is so clean because we do not want to…excuse my language…whore a product out or hawk product to our community. We’d much rather partner with brands. I think brands need to know exactly who they’re partnering with for their community. We know our demographic and our audience so well that if a brand is suggesting something that we know won’t resonate, we’ll tell them. We can’t put that on our social media. But brands are coming to us and saying, ‘I trust you guys. You know your people. We’ll let you unroll it how you want.’ That’s really the most effective way because we known exactly how to integrate it and build out content rather than just posting a picture and being like, ‘go buy this!’. We like to embrace longer-term partnerships so we can authentically speak to it over time. For brands, it’s not so much about the number of followers as it is engagement. Influencers know exastly who their demographic is and if a brand will be a natural partnership rather than just one for monetary purposes, which doesn’t alway work

Teller added, ‘It’s so true. In our community, we speak with other mom bloggers and so often brands are so set on the numbers. Smart brands are looking at engagement and dedication of the followers. It’s about building out content around the product rather than posting a picture of the product.

What types of marketing resonates with millennial moms as consumers?

Belknap was clear and precise. ‘Anything that evokes emotion and gets a conversation started is really interesting to us. Word of mouth is important…something that people are authentically using and talking about. It’s the culmination of a conversation, interesting content and real content. It is so much more interesting to see real content rather than an over-polished commercial with Sarah Jessica Parker. It’s just not believable to us.’

What mistakes to brands make with it comes to marketing to Moms online?

Belknap again was to the point. ‘You know exactly when a campaign is going on…it pops up all over Instagram and you’re like ‘paid…paid…paid’. I think influencers are to blame too because when you’re just taking product left, right and center just to take a product, it’s not authentic. It’s diluting the whole point and it’s not trustworthy.’ Telfer added, ‘I don’t just want to see a pretty face matched up with a brand. I want to know that she matches the brand. What we appreciate is when we partner with a brand that trusts us, we’ll all meet together. We sit down and brainstorm and they really listen and let us talk about our audience and what we believe resonates.’

Belknap concluded, ‘Create a relationship and trust that they know exactly what they’re doing and then see the relationship grow. That is so powerful when that happens and also really forward thinking.’

Quote Of The Day
‘I hated every minuted of training. But I said, ‘Don’t quit. Suffer now and live the rest of your life as a champion.’
Muhammad ali. 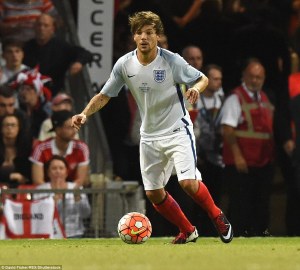 Channel 4
The Big Four
7P ‘Escape To The Chateau‘ debut finished with an average 1.3 million viewers and an 8% share. 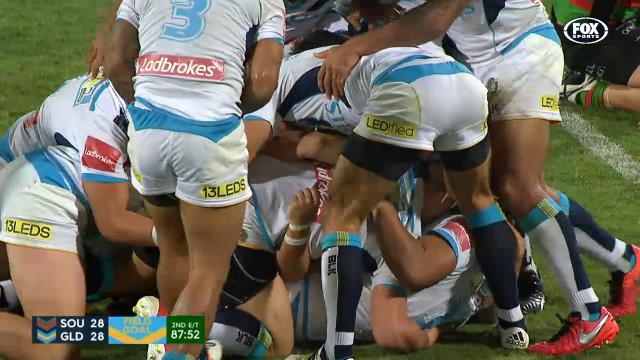 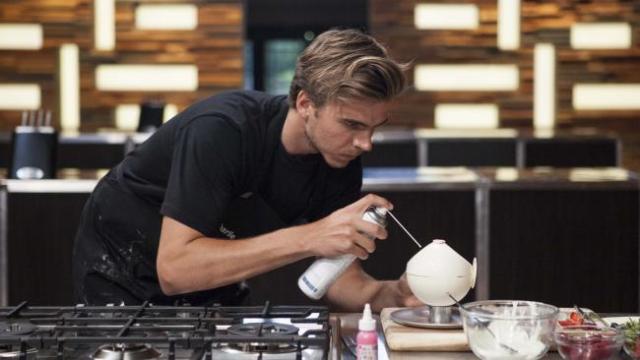