Posted on April 20, 2016 by overtheshouldermlb

‘It’s All About Screens.’ This is the Daily Diary of Screens. Tuesday, April 19, 2016.
CBS finished #1 broadcast network as ‘NCIS‘ was the top program.
In the UK, BBC One #1 network as ‘Holby City‘ top program while ‘EastEnders‘ was the top soap.
‘Seven‘ finished #1 in Australia as ‘Seven News‘ was #1 newscast and ‘My Kitchen Rules‘ was the top non-newscast program.
‘The Jungle Book‘ #1 box office in the U.S. weekend 15-17 April 2016.
‘Batman v Superman: Dawn of Justice‘ #1 at the International box office weekend 8-10 April 2016.
Sales of movie theater ads jumped 13.4% in 2015 as it reached $716 million in advertising sales. There are 3.734 Billion Unique Mobile 68% Social Ad Clicks Are Now Mobile. Users as of this quarter, account for a 51% worldwide penetration. Direct uploads of user videos to Facebook now exceed YouTube. Facebook has 1.59 billion monthly users. Instagram has 77.6 million users. 88% of Twitter users are on mobile. An average of 500 million tweets are sent every day. The Google+1 button is hit 5 billion times per day. 80% of Internet users on Pinterest are female. Pinterest has 54.6 million users. LinkedIn has 347 million registered members. Weibo has 100 million daily users. 600 million users on Whatsapp. Facebook has 1.55 billion monthly active users. 60 billion messages are sent via Facebook Messenger and WhatsApp every day. Netflix now has 75 million streaming subscribers. Cliptomize continues to grow as it has 65,119 users and 92,436 clipbooks with 470,038 visitors with over 2.333 million page views. 5 minutes 04 seconds average time spent on spent on site since the beginning. 5 minutes 54 seconds average time spent on site in March. WEDNESDAY AUSTRALIAN OVERNIGHT TV RATINGS (*SEE BELOW) 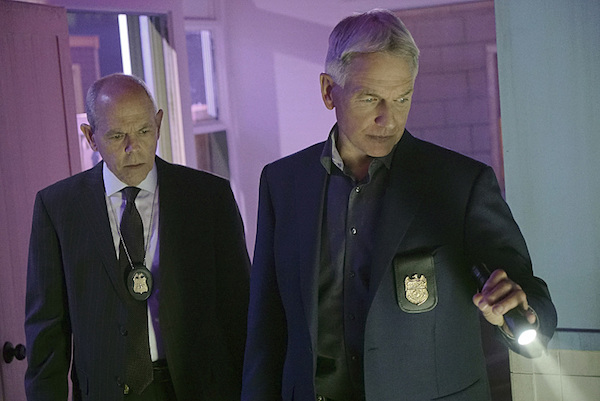 CBS
The Tiffany Network had the power on Tuesday and it used it, finishing up 14.3% vs SD 2015, keeping a distance from Sarnoff Sity.

ABC
The Alphabet Network became an afterthought on Tuesday as it narrowly finished a distant third as it was DOWN 37.5% vs SD 2015. Walt’s World is in trouble on Tuesday, folks.

The CW
The Little Network That Couldn’t…tried and beat Murdoch’s Minions on Tuesday.

Univision
The #1 Hispanic Network in America finished ahead of Murdoch’s Minions…but who didn’t?

On this date in 1959, ‘Desilu Playhouse’ on CBS-TV presented a two-part show titled ‘The Untouchables’.

VOD Viewers Don’t Mind Watching Ads For Free Content
According to those fine folks at Nielsen, the rise of video-on-demand (VOD) programming choices is not only a great benefit to viewers—it also opens more opportunities for advertisers and content creators to reach them. But advertising strategies should be navigated carefully, as viewers are looking to cut through the clutter.

Many consumers see value in ads, but the value proposition must be right.

In fact, more than half of global respondents who say they watch VOD (51%) programming also say they somewhat or strongly agree that ads in VOD content give them good ideas for new products to try. And importantly, nearly six-in-10 (59%) say they don’t mind getting advertising if they can view free content. This sentiment is particularly strong in North America, where 68% are willing to trade their time and attention for free programming.

What’s clear, however, is the need for more relevant ads that speak directly to consumers. Two-thirds of global respondents say most ads in VOD content are for products they don’t want (66%).

“In a crowded media environment, relevant ads and brand experiences are critical for engaging consumers,” said Megan Clarken, president, Nielsen Product Leadership. “Just as technology has made it easier for consumers to control the amount of advertising they see, it has also made it easier for advertisers to reach the right consumers at the right time and in the right place. The advertisers with the greatest brand and sales impact will naturally be those that connect messages about products and services with the people who want them.”

Investigative Reporting: Leonora LaPeter Anton and Anthony Cormier of the Tampa Bay News and Michael Braga of the Sarasota Herald-Tribune

History: T.J. Stiles for ‘Custer’s Trials: A Life on the Frontier of a New America’

Music: Henry Threadgill for ‘In for a Penny, In for a Pound’

Smartphone Owners’ Openness to Transactional Messages Surprising by Industry
More than 8 in 10 smartphone owners claim that service-based messaging has at least some impact on their decision to choose one company over another, according to a Vibes report. The most important features of service-based messaging, per respondents, are basic information such as time, date and tracking information (80% extremely important) and immediacy of the message (73%). Respondents are most open to receiving service-based messages from banking/financial companies (67%) and retail stores (64%), reflecting the frequency of transactions conducted with these types of companies.

With the speed of the messaging and the channel used both important to smartphone owners, the report also notes that more than 3 in 4 respondents believe that text-messages are a fast way to be reached for important service updates on purchases. Fewer than half felt the same way about emails on their phone (48%) or push notifications on their phone (32%).

Live+ 7 Day DVR TV Ratings (Week 28)
https://files.acrobat.com/a/preview/5ae70c67-0512-4ca7-9242-17ae5b91e62a
So, what does all of this mean? It suggests that there is a lot of time shifting in viewing habits. Much of it has been chronicled as the Millennial Affect, that being this groups watches when they want to watch on whatever platform they want to watch it on.

However, what if we are actually living in a ‘New Viewing World’ set on a new standard for a group of people who have been affected by the Great Recession who found a new ‘Linus’ Blanket’ in watching inexpensive entertainment? It is the art of watching the most favored program first. In 2015/16 season, CBS has dominated the total viewers schedules. Thus, on a Tuesday, when ‘NCIS’ leads off the night, viewers in large numbers tune into that program. Anything up against it that is favored by the audience, is put into DVD mode for future viewing. This could be the explanation for popular programs such as ‘Blindspot’ delivering huge DVD playback delayed numbers. It is up against more immediately popular programs on Thursday. Thus if a person watches CBS’ ‘Criminal Minds’ LIVE, then ‘Blindspot’ is played later. Going to Monday evenings, in the ‘Monday Battle @ 10P’, there are three popular programs which battle on a regular basis. On CBS is ‘NCIS:Los Angeles’, usually the #1 show in its LIVE time period. On NBC, there is ‘Blindspot’. And on ABC, ‘Castle’ is the opponent. For one that likes all three programs, the audience is tuning into ‘NCIS:LA’ then DVDing ‘Blindspot’ and ‘Castle’. (Note: On this particular week, ‘Castle’ was on an unusually long hiatus, thus it does not show up.)

What does this mean for advertisers? If you are in retail, only buy the LIVE TV Ratings. Your sale on Saturday may not get to the viewer in time. Insist on only buying for the value you will receive, not what the total value of the station or network is. After all, we live in an age of direct engagement via digital/mobile.

‘Castle’ To Be Without Beckett If Season 9 Is A Go
Stana Katic’s contract has not been renewed by ABC while negotiations are ongoing with ‘Castle’ co-star, Nathan Fillion. The fate of Katic was in the mirror as last season’s disastrous arc featuring the two co-stars separated most of the season as it was the last by ‘Castle’ creator Andrew Marlowe, who left the series in a shamble as fans departed because the two were often seen at odds on the screen. Tamala Jones, who played medical examiner, Lanie Parish who was Kate Beckett’s close friend, contract was also not renewed. 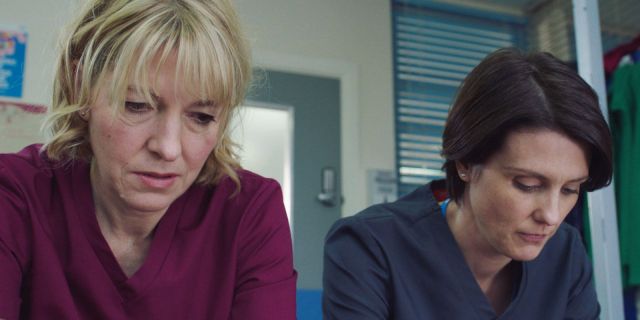 BBC One #1 Tuesday in the UK as ‘Holby City’ top program and ‘EastEnders’ top soap.

‘The Night Manager’ Not In The Cards For A Second Season
Tom Hiddleston said there is not a second season being planned, and now the writer of the series is making it clear that a second season is not happening either.

David Farr spoke about ‘The Night Manager’ in an interview with Variety, and he made it clear that he is “done” with the project. He said the following: “There is lots of pressure but I’m not keen. Personally, I liked the fact that the story ended where the story ended. But that’s entirely personal. Given the characters, there is a potential for something more to happen, and I’m sure someone could find the right idea. But for me it’s done. My simple feeling is that I wouldn’t be able to make the next one as good. But I would love to work with Le Carré again and we are talking about future projects.”

For The Night Manager, Farr worked closely with the author of the novel, John Le Carré, to update the story to present day. 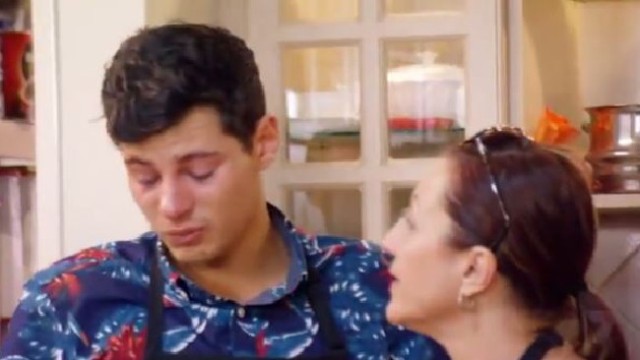 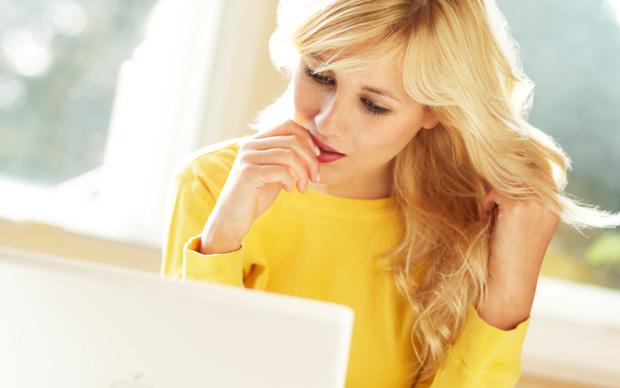