Posted on March 20, 2016 by overtheshouldermlb

‘It’s All About Screens.’ This is the Daily Diary of Screens. Saturday, March 19, 2016.
CBS finished #1 broadcast network as ‘NCAA Basketball Tournament Second Round‘ was the top program on television.
In the UK, ratings not available at posting. Will be posted when available.
Nine finished #1 in Australia as ‘ABC News Saturday‘ was #1 newscast and ABC’s ‘Death In Paradise‘ was the top non-newscast program.
‘Zootopia‘ #1 box office in the U.S. weekend 11-13 March 2016.
‘Zootopia‘ #1 at the International box office weekend 18-20 March 2016.
There are 3.734 Billion Unique Mobile 68% Social Ad Clicks Are Now Mobile. Users as of this quarter, account for a 51% worldwide penetration. Direct uploads of user videos to Facebook now exceed YouTube. Facebook has 1.59 billion monthly users. Instagram has 77.6 million users. 88% of Twitter users are on mobile. An average of 500 million tweets are sent every day. The Google+1 button is hit 5 billion times per day. 80% of Internet users on Pinterest are female. Pinterest has 54.6 million users. LinkedIn has 347 million registered members. Weibo has 100 million daily users. 600 million users on Whatsapp. Facebook has 1.55 billion monthly active users. Netflix now has 75 million streaming subscribers. Cliptomize continues to grow as it has 60,092 users and 84,650 clipbooks with 435,392 visitors. SUNDAY AUSTRALIAN OVERNIGHT TV RATINGS (*SEE BELOW)

CBS
The Tiffany Network had the second round of the NCAA 2016 Basketball Tournament in prime time Saturday and won.

ABC
The Alphabet Network decided to air an NBA game against March Madness and lost badly.

On this date in 1948, Eugene Ormandy and the Philadelphia Symphony Orchestra were featured in the first televised symphonic concert. CBS-TV, with help from its then Philadelphia television station, WCAU-TV 10, carried the program from the Philadelphia Academy of Music, the home of the world-famous orchestra. The concert was televised live, at 5P Ninety minutes later, NBC-TV carried TV’s second symphonic concert. This one was from Carnegie Hall in New York City. Arturo Toscanini and the NBC Symphony Orchestra was featured in a presentation of Wagner compositions.

Across The Pond
Ratings not available at post time. Will be posted when available.
BBC One
The Big One had rugby. 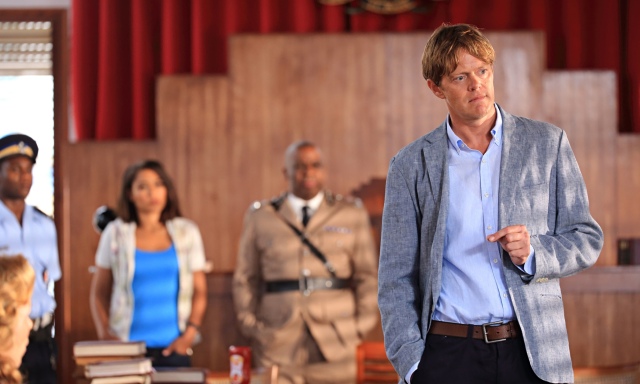 George Gershwin playing ‘I Got Rhythm’