Posted on March 3, 2016 by overtheshouldermlb

‘It’s All About Screens.’ This is the Daily Diary of Screens. Wednesday, March 2, 2016, the twenty-sixth and final day of the February Sweeps Period.
CBS finished #1 broadcast network as ‘Criminal Minds‘ was the top program on television.
In the UK, ‘ITV‘ #1 network Wednesday as ‘Grantchester‘ top program and ‘Coronation Street‘ was the #1 soap.
Seven finished #1 in Australia as ‘Nine News‘ was #1 newscast and ‘My Kitchen Rules‘ was the top non-news program.
‘Deadpool‘ #1 box office in the U.S. weekend 26-28 Feb 2016.
‘Deadpool‘ #1 at the International box office weekend 26-28 Feb 2016.
There are 3.734 Billion Unique Mobile 68% Social Ad Clicks Are Now Mobile. Users as of this quarter, account for a 51% worldwide penetration. Direct uploads of user videos to Facebook now exceed YouTube. Facebook has 1.59 billion monthly users. Instagram has 77.6 million users. 88% of Twitter users are on mobile. An average of 500 million tweets are sent every day. The Google+1 button is hit 5 billion times per day. 80% of Internet users on Pinterest are female. Pinterest has 54.6 million users. LinkedIn has 347 million registered members. Weibo has 100 million daily users. 600 million users on Whatsapp. Facebook has 1.55 billion monthly active users. Netflix now has 75 million streaming subscribers. Cliptomize continues to grow as it has 56,556 users and 78,913 clipbooks with 407,224 visitors. THURSDAY AUSTRALIAN OVERNIGHT TV RATINGS (*SEE BELOW)

CBS #1 Wednesday on the final day of the 2016 February Sweeps period as ‘Criminal Minds’ finished as the top program.

CBS
The Tiffany Network finished #1 Wednesday, the final day of the February 2016 Sweeps period. It simply had too much for other networks.

NBC
The Peacock Network had it Women of Wednesday put on a strong showing finishing second in prime time.

ABC
The Alphabet Network finished flat in the middle with the introduction of not one, but two original episodes of a new series.

FOX
The Animal Network of Broadcast did not do well on Wednesday, the final day of the February sweeps.

The CW
The Little Network That Couldn’t didn’t. What a weak example of programming to end a sweeps period.

On this date in 1985, on of the most innovative television shows premiered. Starring Bruce Willis and Cybill Shephard, ‘Moonlighting’ premiered. It broke the fourth wall. Moonlighting was unique at the time for being one of only three shows, due to FCC regulations, to be owned and produced in-house by a broadcast network (NBC’s Punky Brewster and CBS’s Twilight Zone revival being the others). This allowed the network greater flexibility in budgeting the show since the “back-end potential” for profits was so much greater with not having to pay a licensing fee to the film studio or independent production company. 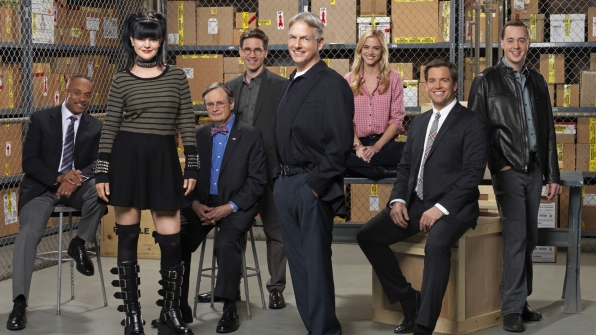 ITV
The Independent One finished on top again on Wednesday in the UK.

BBC One
The Big One didn’t have the bigger one.

BBC Two
The Little Two didn’t have much on Wednesday.

Channel 4
The Big Four was just a middle of the pack network on Wednesday.

Channel 5
The Viacom Five didn’t have much on Wednesday, either.

Top Non-Newscast Programming in Australia Thursday
#1 HOME AND AWAY Seven 708,000 viewers #1 in Adelaide