Posted on March 2, 2016 by overtheshouldermlb

‘It’s All About Screens.’ This is the Daily Diary of Screens. Tuesday, March 1, 2016, the twenty-fifth day of the February Sweeps Period.
CBS finished #1 broadcast network as ‘NCIS‘ was the top program on television.
In the UK, ‘BBC One‘ #1 network Tuesday as ‘Happy Valley‘ top program and ‘EastEnders‘ was the #1 soap.
Seven finished #1 in Australia as ‘Seven News‘ was #1 newscast and ‘My Kitchen Rules‘ was the top non-news program.
‘Deadpool‘ #1 box office in the U.S. weekend 26-28 Feb 2016.
‘Deadpool‘ #1 at the International box office weekend 26-28 Feb 2016.
There are 3.734 Billion Unique Mobile 68% Social Ad Clicks Are Now Mobile. Users as of this quarter, account for a 51% worldwide penetration. Direct uploads of user videos to Facebook now exceed YouTube. Facebook has 1.59 billion monthly users. Instagram has 77.6 million users. 88% of Twitter users are on mobile. An average of 500 million tweets are sent every day. The Google+1 button is hit 5 billion times per day. 80% of Internet users on Pinterest are female. Pinterest has 54.6 million users. LinkedIn has 347 million registered members. Weibo has 100 million daily users. 600 million users on Whatsapp. Facebook has 1.55 billion monthly active users. Netflix now has 75 million streaming subscribers. Cliptomize continues to grow as it has 56,556 users and 78,913 clipbooks with 407,224 visitors. WEDNESDAY AUSTRALIA TV OVERNIGHT RATINGS (*SEE BELOW)

CBS
The Tiffany Network, despite the first Super Tuesday in American Politics continued #1 on Tuesday because it has the most popular drama in the world. Bring on Jethro and you win.

NBC
The Peacock Network tried to pull off a rare upset on Tuesday but just fell short.

ABC
The Alphabet Network simply did not belong as a broadcast network on Tuesday. They were only saved by their news department, or were they?. Great job, Disney programmers. Great job.

FOX
The Animal Network of Broadcast didn’t do much of anything as it battle, along with Disneyville, in keeping ahead of The CW.

The CW
The Little Network That Couldn’t should have but failed miserably as it went to the dogs.T

On this date in 1940, the first televised intercollegiate track meet was seen on TV in New York City on W2XBS. The game presented live from Madison Square Garden. New York University won the meet.

BBC One #1 Tuesday in the UK as ‘Happy Valley’ finished as the top program.

BBC One
The Big One had the big one on Tuesday to finish #1 in the UK.

ITV
The Independent One couldn’t quite make it on Tuesday.

BBC Two
The Little Two did not have a good Tuesday evening. Nuff said.

Channel 4
The Big Four finished completely out of the running Tuesday. 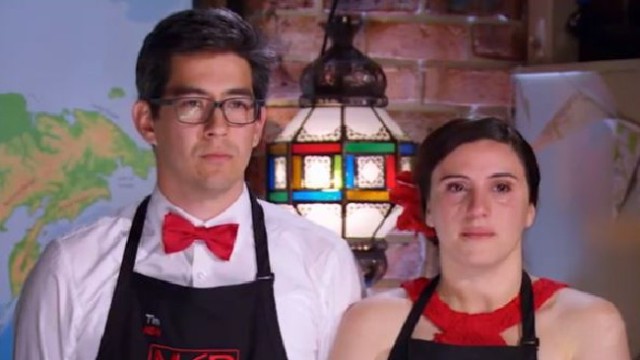