Posted on February 29, 2016 by overtheshouldermlb

‘It’s All About Screens.’ This is the Daily Diary of Screens. Sunday, February 28, 2016, the twenty-third day of the February Sweeps Period.
ABC finished #1 broadcast network as ‘88th Annual Academy Awards‘ was the top program on television.
In the UK, ‘BBC One‘ #1 network Sunday as ‘Call The Midwife‘ top program.
Seven finished #1 in Australia as ‘Seven News‘ was #1 newscast and ‘DMy Kitchen Rules‘ was the top non-news program.
‘Deadpool‘ #1 box office in the U.S. weekend 19-21 Feb 2016.
‘Deadpool‘ #1 at the International box office weekend 19-21 Feb 2016.
There are 3.734 Billion Unique Mobile 68% Social Ad Clicks Are Now Mobile. Users as of this quarter, account for a 51% worldwide penetration. Direct uploads of user videos to Facebook now exceed YouTube. Facebook has 1.59 billion monthly users. Instagram has 77.6 million users. 88% of Twitter users are on mobile. An average of 500 million tweets are sent every day. The Google+1 button is hit 5 billion times per day. 80% of Internet users on Pinterest are female. Pinterest has 54.6 million users. LinkedIn has 347 million registered members. Weibo has 100 million daily users. 600 million users on Whatsapp. Facebook has 1.55 billion monthly active users. Netflix now has 75 million streaming subscribers. Cliptomize continues to grow as it has 56,556 users and 78,913 clipbooks.

ABC
The Alphabet Network had the biggest awards show in the world and finished #1 Sunday. 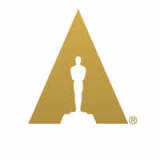 BBC One #1 Sunday in the UK as ‘Call The Midwife’ top program.

BBC One
The Big One had a new night manager and finished #1 Sunday in the UK.

9P ‘The Night Manager‘ finished its second episode with an average 6.4 million viewers and a 28.9% share.

ITV
The Independent One fell well behind since the doors closed on Downton.

9P ‘Churchill’s Secret‘ finished with an average 2.8 million viewers and a 12.9% share.

Channel 4
The Big Four had a bit of a zoo and a jump on Sunday evening.

2016 Australian Eurovision Entry To Be Announced Next Week
Australia’s entry for the 2016 Eurovision Song Contest will be revealed on Thursday March 3rd. 2014 winner Conchita Wurst will announce our entry during a one-off concert event with the Sydney Symphony Orchestra, Conchita: From Vienna with Love at the Sydney Opera House. The unveiled act will then follow with a special performance. Eurovision will be held in Stockhom, Sweden, in May.

Lady Gaga ‘Till It Happens To You’