Posted on December 22, 2015 by overtheshouldermlb

‘It’s All About Screens.’ This is the Daily Diary of Screens. On Monday, December 21, 2015, CBS finished #1 broadcast network as ‘The Big Bang Theory‘ was the top program. BBC One finished #1 in the UK as ‘John Bishop Christmas Special‘ was the top program. Seven finished #1 Tuesday as ‘Seven News‘ was #1 newscast and ‘A Current Affair was the top non-news program. ‘Star Wars‘ dominated the weekend as it exploded with $238 million box office in the U.S. & $279.0 Internationally. There are 3.734 Billion Unique Mobile 68% Social Ad Clicks Are Now Mobile. Users as of this quarter, account for a 51% worldwide penetration. Direct uploads of user videos to Facebook now exceed YouTube. 88% of Twitter users are on mobile. The Google+1 button is hit 5 billion times per day. 80% of Internet users on Pinterest are female. LinkedIn has 347 million registered members. 600 million users on Whatsapp. MONDAY AUSTRALIAN OVERNIGHT TV RATINGS (*SEE BELOW)

The Home Of #dailydiaryofscreens
Due to the holiday season, ratings may be delayed. They will be posted when available.
For Monday, December 21, 2015 (Posted on December 22, 2015)

On this date in 1931, the first experimental TV broadcast from a transmitter atop the Empire State Building took place. The transmitter was put up by NBC on October 30, 1931.

Fifa: Sepp Blatter & Michel Platini Get Eight-Year Bans
The money train has finally ended for the Sepp of Blatter, football’s bully as he said it was a sad day for FIFA. FIFA president Sepp Blatter and Uefa boss Michel Platini have been suspended for eight years from all football-related activities following an ethics investigation. They were found guilty of breaches surrounding a £1.3m ($2m) “disloyal payment” made to Platini in 2011. The Fifa ethics committee found Blatter and Platini had demonstrated an “abusive execution” of their positions. “I will fight for me and for Fifa,” Blatter, 79, said at a news conference. Platini said the decision was a “masquerade” intended to “dirty” his name.

Both men continue to deny wrongdoing and intend to appeal to the Court of Arbitration for Sport (Cas).
Swiss Blatter and 60-year-old Frenchman Platini have also been fined £33,700 ($40,000) and £54,000 ($80,000) respectively.
Despite the ban, both Blatter and Platini will be allowed to attend matches – including Euro 2016 in France – if they buy tickets in a private capacity. Fifa boss since 1998, Blatter had already announced he was quitting with a presidential election in February. Platini was tipped as a future leader of football’s world governing body and is a three-time European Footballer of the Year. He is also a former captain of France and has been in charge of Uefa – European football’s governing body, since 2007.

Why?
► The payment made in February 2011 had “no legal basis” in the contract signed by both men when Platini started working for Blatter on 25 August, 1999.
► Both men’s explanation that there was an “oral agreement” over the payment was rejected as “not convincing”.
Blatter’s actions did not show “commitment to an ethical attitude”, and both men were found to be in “a conflict of interest”.
► Platini also failed to act with “complete credibility and integrity” and showed “unawareness of the importance of his duties”.
► The committee said there was “not sufficient evidence” to establish the payment was a bribe, but both men demonstrated an “abusive execution” of their positions.

Blatter blamed the U.S. for the eight-year ban handed down by FIFA over ethics violations on Monday, an apparent jab at a federal investigation responsible for several indictments of officials from soccer’s international governing body. “If we had awarded the World Cup in 2022 to the USA, we would not be here,” Blatter said in Italian at the meandering, nearly one-hour news conference.

Put it this way…’Star Wars’ has made back its cost + promotional expenses through Saturday. Every ticket sold from this point forward is profit. The only question is how much profit will it produce. 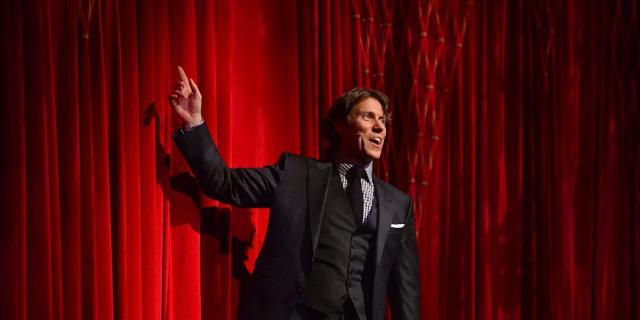 BBC One #1 Monday in the UK

The Second Commercial Network in Australia finished #1 Monday with a 29.5% share of the available audience. The #1 newscast ‘Seven News’ finished with an average 973,000 viewers.

Network Nine in Australia finished second with a 26.8% share of the available audience. The #1 non-newscast program was ‘A Current Affair‘ which finished with an average 825,000 viewers.

The Third Commercial Network in Australia finished #3 with a 21.6% share. The network’s biggest programs all week has been ‘Cricket:Big Bash League‘ and Game 6 Session 2 finished with an average 768,000 viewers.

The Alphabet Network in Australia finished #4 with a 16.3% share. The network’s top program was ‘Back Roads‘ which drew 729,000 viewers.

SBS finished #5 in Australia as it had a 5.9% share of the available audience.