Posted on December 7, 2015 by overtheshouldermlb

Sun rising over Diamondhead, raising of the colors.

‘It’s All About Screens.’ This is the Daily Diary of Screens. On Sunday, December 6, 2015, NBC finished #1 network as FOX’s ‘NFL Overrun’‘ was the top program. BBC One finished #1 in the UK as ‘Strictly Come Dancing‘ was the top program. Nine finished #1 in Australia as ’60 Minutes Summer’ was the top non-news program and ‘Seven News’ was the nation’s top newscast. ‘The Hunger Games: Mockingjay 2‘ #1 on weekend 4-6 December 2015 (Domestic) ‘The Hunger Games: Mockingjay 2‘ #1 on weekend 4-6 December 2015 (International). There are 3.734 Billion Unique Mobile 68% Social Ad Clicks Are Now Mobile. Users as of this quarter, account for a 51% worldwide penetration. Direct uploads of user videos to Facebook now exceed YouTube. 88% of Twitter users are on mobile. The Google+1 button is hit 5 billion times per day. 80% of Internet users on Pinterest are female. LinkedIn has 347 million registered members. 600 million users on Whatsapp. MONDAY AUSTRALIAN OVERNIGHT TV RATINGS (*SEE BELOW) 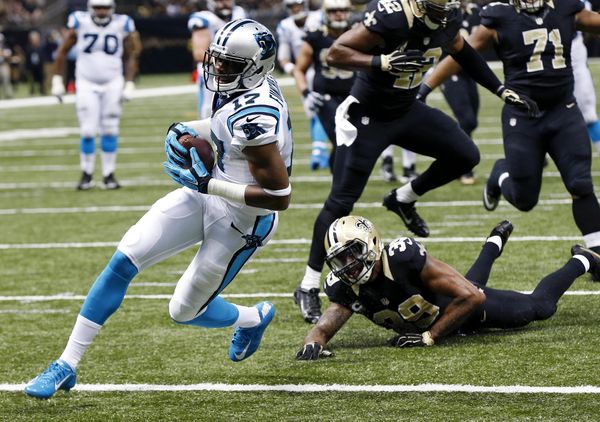 The President’s Address on Sunday, December 6, 2015

Ratings for all four networks will adjust due to the presidential address from 8-816P. FOX and ABC delayed the start of their shows from 8P onward, while the address broke into NBC’s and CBS’ programming. Additionally, live NFL telecasts on FOX and NBC could result in greater than usual adjustments. President Obama interrupted primetime TV for 16 minutes Sunday to call last Wednesday’s shooting in San Bernardino an act of terrorism perpetrated by two people who had “gone down the dark path of radicalization,” and to call on Congress to block people on the country’s terrorism watch list from buying firearms. It reached nearly 32 million viewers. 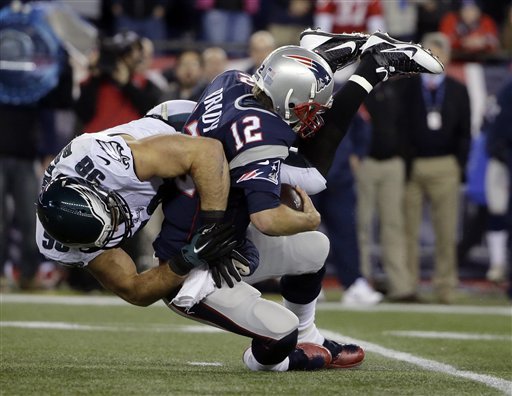 On this date in 1941, a date that will live in infamy, this World War 2 documentary and propaganda film on the Japanese surprise attack on Pearl Harbor, Hawaii on December 7, 1941. Directed by John Ford, the film won an Academy Award for best documentary short.

What Does It Mean To Me 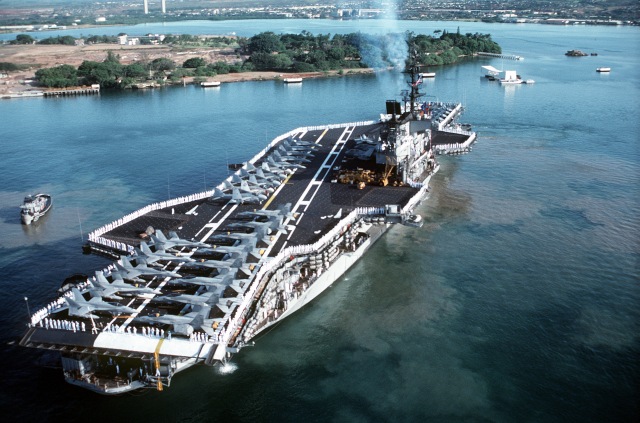 We were on the flight deck of the U.S.S. Midway coming through the passage into Pearl Harbor for the first time. As we turned to starboard, in front of us, there is was. Nearly every man on board could not take their eyes off of the site. There rested the U.S.S. Arizona and above it the Memorial.

None of us would ever forget it.

It was a beautiful morning, just as on that fateful day. It was the third thing I remember coming to Hawaii for that first time. My first memory was of Diamondhead. What a fantastic site. The sweet early morning breeze, wet with humidity and so grateful after the trip from Alameda. Then coming into the passageway, the second memory, seeing the officer’s houses along the way, with each retired member saluting in the backyards of their homes the biggest man-0-war of its day. We all returned the salutes back. Then the turn.

To a Navy man, this is hallowed ground. This is the birth of the modern United States Navy we know today. This is the legacy we carry. From swabbie to Officer, from aviator to UDT, from Marine to cyber warrior, from submariner to black shoe, we are the sons and daughters of John Paul Jones, brothers and sisters fighting the good fight to serve and protect the greatest nation in the world. As they say today, ‘A Global Force For Good’. 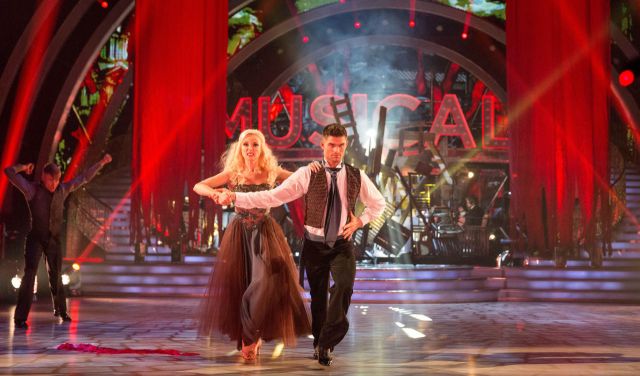 BBC One #1 in the UK Sunday as ‘Strictly Come Dancing’ top program with over 10 million viewers.

The Independent One gave it a try but just fell short. At 7P, ‘Jekyll and Hyde‘ finished with an average 1.74 million viewers. Vicky Pattison, the Gordie Shore star is queen of the jungle on ‘I’m a Celebrity. Get Me Out of Here‘ and her exciting victory celebration was seen by an audience of 9.45 million viewers (40.6%). A further 281,000 viewers (1.9%) caught the result on ITV+1.

The Little Two had snooker. At 7P, ‘The UK Snooker Championship‘ coverage delivered an average 1.37 million viewers (5.8%), peaking with 1.63 million viewers (7.2%) at 10P as Neil Robertson beat Liang Wenbo to take the UK Championship, making headlines with a maximum 147 break.

The Big Four at 9P presented Showtime’s ‘Homeland‘ as it continued. It averaged 1.02 million viewers (4.2%).

The Viacom Five at 10P had Quentin Tarantino’s ‘Django Unchained‘ and finished with an average 732k (7.2%).

Network finished #1 for the second straight day and finished with a 28.1% share of the available audience. It finished with the #1 non-news program, ’60 Minutes’ which delivered 903,000 viewers.

The Second Commercial network in Australia finished #2 with a 25.7% share. The network had the #1 newscast in Australia as ‘Seven News’ finished with an average 1.076 million viewers beating ‘Nine News Sunday’ by 32,000 viewers.

The Alphabet Network finished #3 with a 18.1% share of the available audience. ‘Doctor Who’ finished as the network top non-news program with 534,000 viewers.

The Third Commercial Network in Australia finished #4 with a 17.7% share. The network’s top non-news program was ‘TBL Families’ which delivered an average 648,000 viewers.

The Special Broadcast Service finished #5 with a 10.4% share of the available audience. The network’s top non-news program was #12, ‘GREEKS, ROMANS, VIKINGS: THE FOUNDERS OF EUROPE (R) with an average 335,000 viewers, as Sydney & Melbourne tied as the top market(s) with an average 99,000 viewers each.

The Second Commercial Network jumped back to #1 after a two day absence as it finished with a 27.5% share of the available audience. The network’s top program was ‘Seven News’ which finished with an average 1.044 million viewers.

The Alphabet Network finished #3 with a 9.8% share of the available audience. The network’s top non-news program was ‘Back Roads’ finished wth an average 837,000 viewers.

The Third Commercial Network in Australia finished #4 with a 17.9% share. The network’s top non-news program was ‘TBL Families’ which drew an average 726,000 viewers.

The Special Broadcast Service in Australia finished #5 with a 8.1% share of the available audience.