Posted on November 3, 2015 by overtheshouldermlb

‘It’s All About Screens.’ This is the Daily Diary of Screens. On Monday, November 2, 2015, NBC finished #1 Broadcast Network but ABC’s ‘Dancing With The Stars’‘ was the top broadcast program. ITV was #1 in the UK as ‘Doc Martin‘ was the top program. Seven finished #1 in Australia as ‘The X Factor’ was the top program; ‘Seven News‘ top newscast. ‘The Martian‘ #1 at Cinema weekend 30 October-1 November 2015 (Domestic) ‘Spectre‘ #1 International. There are 3.734 Billion Unique Mobile 68% Social Ad Clicks Are Now Mobile. Users as of this quarter, account for a 51% worldwide penetration. Direct uploads of user videos to Facebook now exceed YouTube. 88% of Twitter users are on mobile. The Google+1 button is hit 5 billion times per day. 80% of Internet users on Pinterest are female. LinkedIn has 347 million registered members. 600 million users on Whatsapp. TUESDAY AUSTRALIAN OVERNIGHT TV RATINGS (*SEE BELOW)

The Disney Sports Network had ‘Monday Night Football’ and that usually is the top contender for this evening when ‘The Big Bang Theory’ is no longer on this night (it moved to Thursday this week). This week, the Indianapolis Colts pushed the Carolina Panthers into overtime but lost by three. The Week #8 Colts/Panthers Monday Night Football game had an average of 12.404 million viewers and earned an 8.8 overnight rating on ESPN, down 27% from Washington/Cowboys last year (12.1) but up 16% from Seahawks/Rams in 2013 (7.6). Overnights peaked at a 10.4 from 930-945P, marking the sixth time in the past seven weeks that MNF has peaked before 10P ET. ESPN’s telecast had a 13.2 rating in Indianapolis and a 12.5 in Charlotte. The game was simulcast on local affiliates in both markets, earning an 18.1 on Indianapolis ABC affiliate WRTV and a 20.1 on Charlotte ABC affiliate WSOC. Greensboro, NC (20.2), Raleigh-Durham (14.6) and New Orleans (13.5) were the other markets in the top five.

The Little Network That Couldn’t should get an award for innovation as it will never win the majority of viewers with this lineup. At 8P, ‘Crazy Ex-Girlfriend’ gave us another ‘Humorology’ performance, this time based around our heroine becoming a vegan which is bound to failure but showed us the less than brainy side of her love interest. Well, it drew 976,500 viewers and an 0.8/1, more commonly referred to as friends and family and very loyal Humorology lovers. At 9P, ‘Jane The Virgin’ died as well with an average 1.085 million viewers and an 0.8/1. Is this lineup really about girl power?

If there is any doubt that fewer people are watching first run television programming on their television sets at the prescribed time, look no further than on Monday evening. Compared to 2014 on the same comparable days, networks this Monday were down a total of -4.339 million viewers from 38.163 million broadcast viewers last year. That’s an 11%+ drop in a single year. IF YOU ARE ADVERTISING ON BROADCAST TELEVISION, make sure you are negotiating your cost accordingly. The rate card is not sacrosanct. More importantly, you have to address the escaping flow of viewers to mobile/digital. Adjust your budgets accordingly. This is why a majority of the top brands are shifting their funds away from television toward digital/mobile. 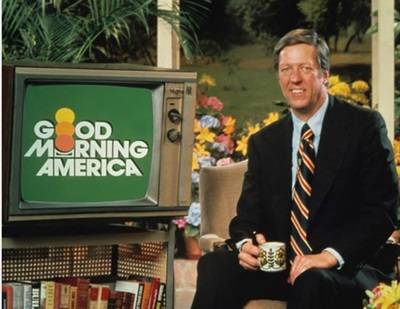 On this date in 1975, ‘Good Morning America’ premiered on ABC-TV. With host David Hartman, and despite debuting without a single advertiser, within a few years GMA would overtake NBC’s storied ‘Today’ show for the morning ratings crown. 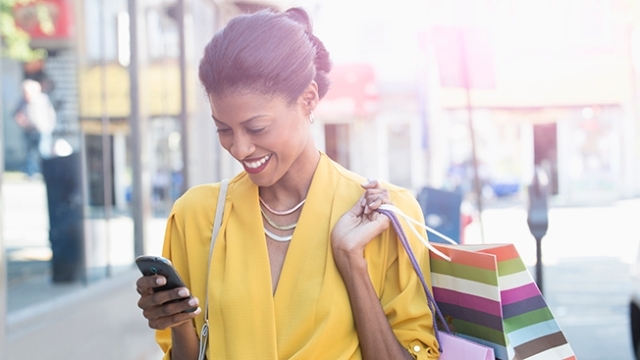 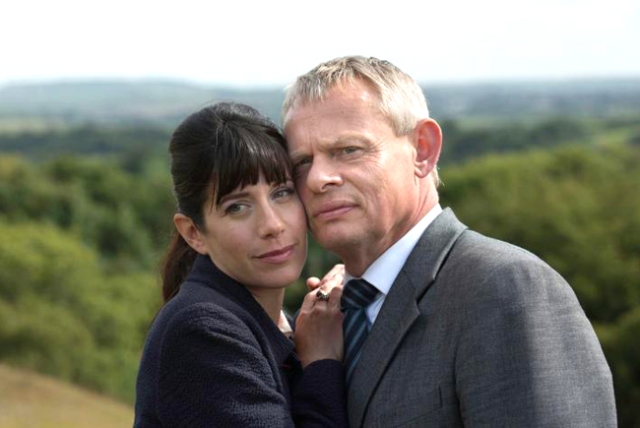 ITV #1 Monday in the UK as ‘Doc Martin’ finished as the top program.

The Independent One finished on top Monday in the UK as the Doc was in the house. At 8P, ‘Countrywise’ finished with an average 2.9 million viewers and a 13% share of the available audience. At 9P, the season finale of ‘Doc Martin’ finished with an average 5.9 million viewers (27%) watched as Louisa attempted to track down her estranged husband. If you look at the rest of the television schedule in the UK on Monday, you can quickly see how ITV won the evening.

The Big One had a so-so evening with its top program at 9P, as ‘Hugh’s War on Waste’ finished with an average 3.4 million viewers (15%).

The Little Two had to go with Wisconsin’s mascot for viewers. At 9P, ‘Autumnwatch 2015’ kicked off with badgers and blackthorn berries. An average audience of 1.7 million viewers tuned in with an 8% share.

The Big Four it was a crazy night of benefits and SAS. At 8P, ‘Britain’s Benefits Experiment: Channel 4 Dispatches’ brought in an average 1 million viewers and a 5% share. At 9P, ‘SAS: Who Dares Wins’ finished with an average 1.3 million viewers (6%). 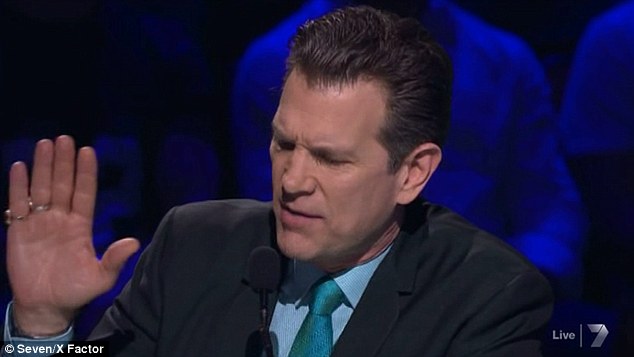 The Second Commercial Network in Australia finished back in the #1 spot after one day missing the top rung with a 28.6% share of the available audience.

The Alphabet Network in Australia on Monday finished #3 with a 19.5% share of the available audience.

The Third Commercial Network in Australia finished #4 with a 19.0% share.

The Second Commercial Network in Australia roared to #1 on Tuesday with a 34.1% share of the available audience. 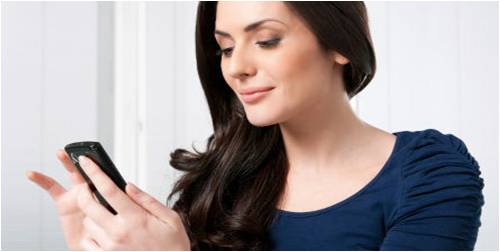