Posted on October 29, 2015 by overtheshouldermlb

‘It’s All About Screens.’ This is the Daily Diary of Screens. On Wednesday, October 28, 2015, FOX finished #1 as a broadcast network but CNBC’s ‘2016 Republican Presidential Candidate Debate’‘ was the top program. BBC One finished #1 in the UK as ‘The Apprentice UK’ was the top program. Seven finished #1 in Australia as ‘Highway Patrol’ was the top program; ‘Seven News‘ top newscast. ‘The Martian‘ #1 at Cinema weekend 23-25 October 2015 (Domestic) ‘The Martian‘ #1 International. There are 3.734 Billion Unique Mobile 68% Social Ad Clicks Are Now Mobile. Users as of this quarter, account for a 51% worldwide penetration. Direct uploads of user videos to Facebook now exceed YouTube. 88% of Twitter users are on mobile. The Google+1 button is hit 5 billion times per day. 80% of Internet users on Pinterest are female. LinkedIn has 347 million registered members. 600 million users on Whatsapp. THURSDAY AUSTRALIAN OVERNIGHT TV RATINGS (*SEE BELOW)

The Animal Network of Broadcast had Game #2 of the Fall Classic on Wednesday evening in prime time and it finished #1 among broadcast networks. At 8P, ‘2015 MLB World Series’ with the Kansas City Royals beating the New York Mets in the second game in Kansas City, 7-1 to take a two game lead and finished with an average 12.52 million viewers and a 9.3/15 making it the #1 program on Wednesday.

The National Biscuit Company’s news channel featured a powerful program of its own on Wednesday evening. At 8P, the ‘2016 Republican Candidate Presidential Debate #3’ took place. In overnight results, it set a CNBC record as the debate averaged 3.5 times as many total viewers as the network’s previous record holder, a February 22, 2002 Winter Olympics telecast by averaging 14.005 million viewers. The debate averaged 4.2 times as many total viewers as had CNBC’s 2011 Republican presidential debate. At 8P, with the pre-debate, CNBC averaged 11.321 million viewers. At 9P, during the heart of the debate, it drew an average 14.005 million viewers. At 10P, with the debate, post-debate and ‘The Profit’ beginning at 1029P, the average for the network was 7.008 million viewers.

On this date in 1956, Videotape was used for the first time in network television programming. CBS recorded the evening news and fed the tape to West Coast stations three hours later.

‘Shades of Blue’ to replace ‘The Player’ in January
Jennifer Lopez’s NBC series “Shades of Blue” finally has a premiere date: Thursday, Jan. 14. The show will open with a two-hour premiere at 9 p.m. ET/PT Jan. 14, then move to its regular 10 p.m. the following week. It’s taking over the spot from “The Player,” which will end after nine episodes this fall. “Shades of Blue” stars Lopez as an NYPD detective who’s part of a unit that frequently lines its pockets with extra-legal activities. When the FBI catches her, she’s forced to inform on her sergeant (Emmy Award winner, Ray Liotta) and her fellow detectives. Emmy Award winner, Drea de Matteo, and Warren Kole also star. Academy Award winner, Barry Levinson directs. 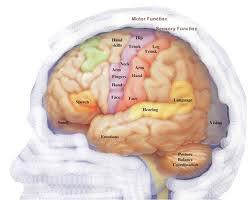 How Neuroscience Is Being Used To Power Better Mobile Content
A neuromarketing study from Salesbrain and Facebook has shown that mobile advertising can make a major impact in the areas of attention and positive emotion. Helen Crossley of Facebook stated, ‘Our personal relationships with our mobile devices are having an impact on how our brain perceives messages on those devices, which is good news for marketers because the trend toward more personalized devices and experiences is here to stay even if the screens are getting smaller.’

She states that Facebook ‘recently commissioned Salesbrain to research how people view the same ads on TV and smartphones differently. Marketers are very familiar with TV advertising formats—TV has been the dominant advertising medium for decades and as such our understanding of consumers and their interactions with TV are quite robust. However, in terms of mobile advertising, many advertisers were asking us how they should think about the small screen. So, how is the viewing experience different between the two? We set out to answer that question by using neuromarketing which directly measures the brain’s response to stimulus. We measured attention, distraction, cognitive load and emotional responses to the same ads on TV and mobile, and the results were surprising. We found that the small screen—the mobile screen—is not so small as it packs a powerful punch when it comes to the measures of attention and positive emotions in particular.’ While may felt ‘the bigger the screen the bigger the emotional impact, that didn’t turn out to be the case. We actually found that people feel more positively toward the same advertisement shown on a mobile device versus on television.’

She continued, ‘Our personal relationships with our mobile devices are having an impact on how our brain perceives messages on those devices, which is good news for marketers because the trend toward more personalized devices and experiences is here to stay even if the screens are getting smaller, or as you suggest, even disappearing. Bad stories and ads do not magically become good ones if you simply change the device on which they are shown.’

Crossly continued, ‘Neuroscience is an emerging field in consumer insights, and when done well, it allows us to truly understand volunteers’ reactions to advertising. When researchers measure the neurological reactions of consumers, the brain doesn’t lie or tell them something it thinks they want to hear. As researchers, we may not understand why we see certain behaviors or patterns, which is where surveys can help to fill in some gaps. We can also use analytics to further validate hypotheses and understand patterns across people which may not be possible with traditional research techniques.’ Credit: Simone Spilka, of PSFK LABS, conducted the interview with Crossly (http://bit.ly/1M2emJ1).

Millennials Are Cautious, Tech-Savvy Savers
Recovering from the Great Recession has been tough for many, and 57% of Americans reported feeling like they were still in a recession as of the second quarter. According to Nielsen Research, Millennials have been hit particularly hard by the recent turbulence in the economy, but roughly 70% believe their personal finances will be either good or excellent in the next year. They’ve also got their eyes on the future, as they’re most likely to put extra money into savings after they cover their living expenses.

Millennials, defined by Nielsen as consumers born between 1977 and 1995, now account for 24% of the U.S. population. The group is 77 million strong, define themselves by their use of technology, and many have adopted a DIY approach to managing their finances. And when we look at the striations within the Millennial generation, upscale Millennials (those earning more than $75,000/year) represent a notable pocket of opportunity for financial services providers.

Roughly 27% of Millennials fall into the upscale subset, and 15% of them actually earn more than $100,000 per year. In addition to their high incomes, upscale Millennials have amassed significantly more wealth than the overall generation. In fact, the median liquid wealth value (income producing assets) among upscale Millennials is $157,000, which is more than 11 times that of the generation as a whole.

It’s also no secret that Millennials are active technology users. About 92% of Millennials own smartphones and roughly 61% own tablets. And because of their connection with technology, Millennials are more likely than the average consumer to bank on their PCs, smartphones and tablets, especially when making trades, opening new accounts, conducting research and making remote deposits. Upscale Millennials are even more engaged with tech for their financial needs, as they’re even more likely than their generation as a whole to conduct their primary banking activities online.

‘Specter’ Blows The Door Off Theaters in the UK
The last Bond movie starring Daniel Craig (supposedly until another contract is negotiated) opened in the UK with an explosion of interest as it debuted Monday with a big $6.4 million opening night. Then on the first full day, it broke a record with a take of $9.2 million bring the total to $15.6 million within the span of some 30 hours. Then on Wednesday, it finished with an Box Office gross of $8.8 million, making there three day total $24.5 million dollars.

BBC One #1 Wednesday in the UK as ‘The Apprentice UK’ was the top program.

The Big Four finished #3 on Wednesday. At 9P, ‘Grand Designs’ finished with an average 1.7 million viewers and an 8% share.

The Tiny Two didn’t fare so well. At 7P, ‘World Gymnastics Championships’ finished with 1.4 million viewers resulting in a 7% share. At 9P, ‘The Face of Britain by Simon Schama’ finale was watched by only 594,000 viewers and a 3% share. 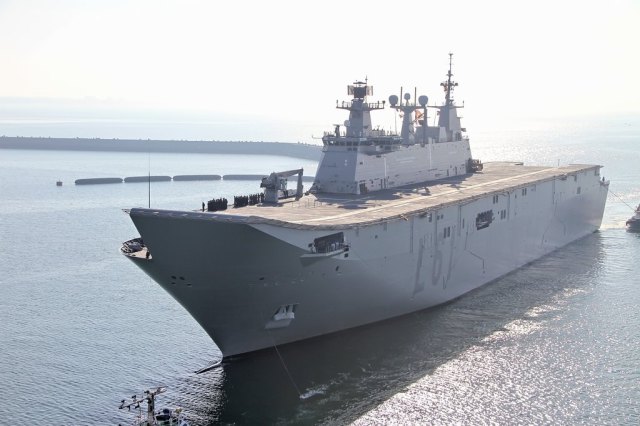 The Second Commercial Network in Australia finished #1 again on Wednesday with a solid 30.5% share of the available audience. It not only had the top newscast in the nation, ‘Seven News’ with 1.028 million viewers but also the top entertainment program on the night as a rerun of ‘Highway Patrol’ pulled in 992,000 viewers. It also had the best new program of the year, NBC’s ‘Blindspot’ which drew 888,000 viewers.

The Alphabet Network finished with a 19.2% share of the available audience. The network’s top program was #4 in entertainment as ‘Gruen’ finished with 904,000 viewers.

The Third Commercial Network in Australia finished with a 16.4% share. Its top program was ‘Family Feud’ which drew 586,000 viewers.

The Special Broadcast Service in Australia finished #5 Wednesday with a 6.2% share of the available audience.

The Second Commercial Network in Australia was #1 again for the third straight night in prime time. It finished with a 28.5% share of the available audience. ‘Home and Away’ was the network’s top program. But it also had the #1 newscast in the nation with ‘Seven news’.

Network Nine finished second with a 26.2% share. It had the #1 program as ‘A Current Affair’ finished on top of the non-news programming.

The Third Commercial Network in Australia finished with a 21.7% share of the available audience. It’s top program was ‘Jamie’s Super Food’.

The Alphabet Network in Australia finished with a 18.4% share. ‘7.30’ was its top program.

The Special Broadcast Service 5.2% share of the available audience.