NBC Dominates Thursday in the U.S. BBC One #1 in the UK. Nine #1 in Australia.

Posted on September 11, 2015 by overtheshouldermlb 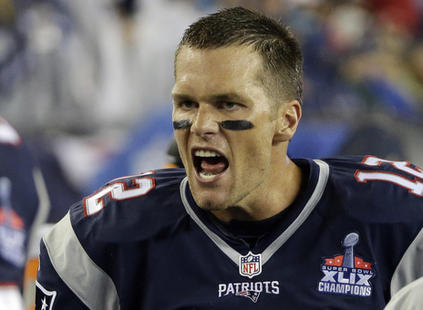 The Peacock Network dominated prime time television in the U.S. Thursday as pro football came back and overwhelmed the competition. At 8P, the ‘The NFL Kick-Off’ began with an average 16.843 million viewers and a 9.0/14. Then at 845P, ‘Sunday Night Football’ on Thursday’s opening night, found New England beating Pittsburgh 28-21. And with it brought in an average 25.26 million viewers and an estimated 17.7 rating/30 share in the household overnights from 845P-1130P, down from last year. In 2014’s opener, the Green Bay Packers at Seattle Seahawks (on Thursday 9/04/14) finished with a 16.8/28 in the overnights, which generated 26.91 million viewers. Last night’s game, in Boston, it finished with a 39.5 rating, and in Pittsburgh, it finished with a 34.5 rating, as those participating cities scored the highest local-market ratings. Note: Due to the nature of live sports, ratings for NFL Football on NBC are subject to more than typical adjustment.

On this date in 1967, ‘The Carol Burnett Show’ premiered on CBS.

How Do Millennials And Other Generations See Themselves?
A majority of US Millennials (18-34) don’t consider themselves part of the Millennial generation and only 30% say that the “Millennial” label applies well to them, reveals the Pew Research Center in newly-released survey results. It’s actually not the first survey this year to come to that conclusion: earlier this year, a poll from the Public Religion Research Institute (PRRI) found just one-third of 18-35-year-olds believing that the label “Millennial” describes them well.
One reason why Millennials might not identify with that label? They don’t see their generation in a very positive light.

The Pew survey identified a host of traits and asked respondents whether those qualities (both positive and negative) describe their generational overall. Intriguingly, there was a strong age skew in the majority of the results, with older generations more likely to see themselves in a positive light and Millennials most likely to ascribe negative traits to their generation.

The following is a brief overview (see the above table for more details) of the differences in how the generations perceive themselves when it comes to various positive or neutral (as identified by Pew) traits.

There was much more parity in generational perceptions when respondents were asked about being “entrepreneurial” (32-35%), “environmentally conscious” (37-41%), “tolerant” (33-38%) and “rigid” (6-8%). The low rates for Millennials concerning some of these traits are surprising. For example, several studies (such as this one [pdf]) have found Millennials identifying themselves as entrepreneurial (even if data doesn’t necessarily support that). And likewise, research has found Millennials to be the most likely to take corporate social responsibility into account when evaluating brands. Finally, studies – such as this one – have found Millennials to have a far more liberal stance on social issues than their older counterparts, so it’s interesting that they’re not more likely to view themselves as being tolerant.

In fact the only trait for which Millennials topped the other generations in self-perception, according to the Pew survey, was for being “idealistic.” Even there, however, the gap with other generations was not large.

Besides being cynical, Millennials were far more likely than others to perceive their generation as being:

Generational Awareness Runs Low Among Some

The low identification rate for Silents is due in part to a high percentage (34%) identifying as part of the “Greatest Generation” (who were born prior to 1928, unlike Silents). Amusingly, 8% of Millennials identified as the “Greatest Generation,” with these respondents displaying not only some confusion about generational labels but also clearly not siding with other members of their cohort who hold fairly dim views of their own generation…

Awareness of the Silent generation label appears to be fairly low. In fact, just 15% of respondents overall said they had heard of the “Silent” generation. By comparison, 56% have heard of the Millennial generation (the others clearly haven’t been reading marketing trade publications), 71% of Gen X, and 89% of the Baby Boom generation.

Finally, another part of the reason for low rates of identification with generations, Pew admits, is that these are largely the constructs of social scientists and market researchers, and that the age ranges used when discussing the generations are “somewhat variable and subjective.” Those varied age ranges can lead to very different summations of how many Millennials there actually are in the US.

Quote of the Day
“Movies are the most affordable form of entertainment out there,” said John Fithian, president of the National Assn. of Theatre Owners. “Even a night of bowling is more expensive than what we are.”

BBC One #1 Thursday in the UK

The Big One finished #1 on a very slow evening of television in the UK Thursday. At 8P, it presented ‘Eat Well for Less’ and it finished with an average 3.55 million viewers (18.5%). At 9P, it had the top rated program of the evening in the UK which was Gareth Malone’s ‘Who Do You Think You Are?’ as it finished as the #1 program outside soaps with an average 3.90 million viewers (19.9%). 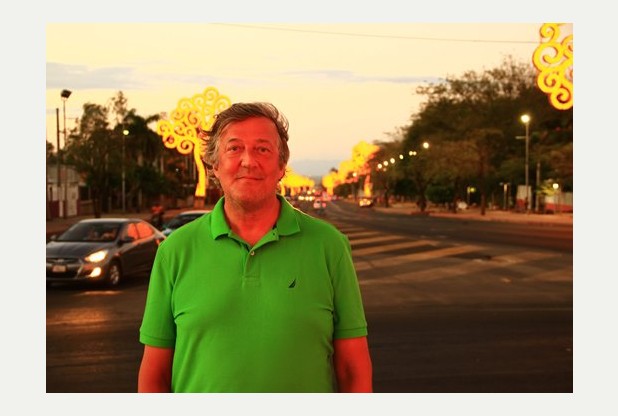 The Third Commercial Network finished second on Thursday with a strong 23.9% share. #3 was ‘The Bachelor Australia’ which finished with an average 981,000 viewers. #10 was ‘The Project 7PM’ which drew 661,000 viewers.

Seven #1 in Australia on Friday as ‘Nine News’ was again the top program.

The Special Broadcast Service finished #5 Friday with a 4.5% share of the available audience.

Diana Krall ‘The Girl From Ipanema’