Posted on August 19, 2015 by overtheshouldermlb 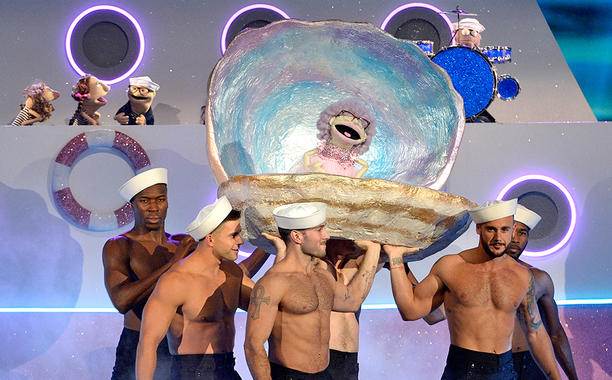 On this date in 2002, Hall of Fame football coach, John Madden debuted on ‘Monday Night Football’.

Twitter Direct Message Let’s You Now Write As Much As You Want
Twitter has removed 140-character limit for Direct Messages. This change is a big step forward in making the private side of Twitter more powerful and fun. Now you can chat to your heart’s content in a single Direct Message. While Twitter is largely a public experience, Direct Messages let you have private conversations about the mentions, news, movements and events that unfold on Twitter. Each of the hundreds of millions of Tweets sent across Twitter every day is an opportunity for you to spark a conversation about what’s happening in your world. This is making the private side of Twitter env more powerful for you in business.

On the public side, Tweets will still be limited to 140 characters.

As the changes have begun to roll out last week across Android and IOS apps, on twitter.com, TweetDeck and Twitter for Mac, it will continue to rollout worldwide over the next few weeks.

How To Become The Modern Marketer Of The New Millennium
By Klaus Paulsen, Co-Founding Partner, CNA|SOPHIS 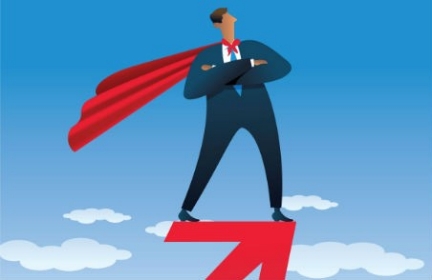 We all know the marketing landscape has evolved and changed drastically, not at least for retailers. Customers can and will access information about products, services, pricing and brand reputation anywhere and any time. As such, they are now more sophisticated and educated than ever, and if you think simply adding “data” instead of “television” to a traditional mass communication strategy of yesteryear will do, you are missing one important fact.

Marketing success today is driven by customers, empowered by technology. To keep up, your understanding and ability to take action based on factual insight is pivotal to your business.

This is what Forrester Consulting has called Marketing Maturity, and it indicates how well your marketing practices are keeping up with the pace of change. For the first time, many marketers are not pushing prospects and customers ahead of them, but rather trying to keep up. How well you perform will place you in the category of Novice, Developing, Experienced or – the top of the class – Modern Marketer.

If you think only a few marketers are in that final group, you are right on the money – or rather, the lack of it on the bottom line. In a recent survey by Forrester with responses from about 500 marketing decision makers from around Europe and the United States, the status of Marketing Maturity was: 15% are Novices, 41% are Developing, 33% percent are Experienced. Only a mere 11% can be categorized as Modern Marketers.

So, why should you care? Well, as one of the Modern Marketers said, technology has given them that little bit of difference in understanding who they are, what their business is, who their customers are, and how to approach them. That reflects in their numbers:

How To Become A Modern Marketer

Invest in a comprehensive data strategy. Data is your new currency.

Start tracking your activity with specific metrics. Soft measures such as brand awareness, disconnected stats, website traffic and Facebook likes are all part of the reason why marketing’s financial impact remains largely unclear to the rest of your business. When that happens, marketing is often considered an expense, not an investment in business development.

Combine content strategy with automation. Content is king, and context is the kingdom. You need to deliver the right content at the right time and place it across channels to convert suspects to prospects to customers and to advocates. Automation can help you do that.

Own the customer’s digital experience from pre-sale to post-sale to re-sale across all relevant platforms. Start thinking about what the relevant touch points are not only during, but also before and after the sale, and act accordingly. Please note that there is no universal rule of what works best when. You will need to learn what works best from you from monitoring and engaging with your own customers.

Finally, use technology and processes to simplify your marketing efforts, not overcomplicate them. Iterative development and automation are just two ways of doing so.

How To Excel As A Modern Marketer

Even within the companies that did best in the survey, there is still room for improvement. This can be translated into your window of opportunity, if you understand the following key components of a more advanced, Mature Marketing strategy.

Your customer relationship does not end with the sale. Your post-purchase engagement such as successful adoption and use helps convert buyers into repeat customers and advocates. Your customer dialogue has to be more than an one-way dialogue. Even with digital media, many still apply what are basically traditional mass communication strategies. For example: social media engagement is an ongoing effort, not a campaign burst. As one Modern Marketer noted, they now have a team that has grown to about four times the size of what it was two years ago. This helps them to engage in dialogue with their members.

Your systems need to be integrated to service you as fully automated marketing platform. In the age of Big Data, many of these data are stuck in the channel silos. Luckily, technological advancements, not at least in cloud services, brings promise for the future.

Your team needs to have analytical skills. You need to have analytical skills. One-third of respondents to the survey put brand and marketing management in the top spot, while only 12% did the same for data analytics. Understanding data analytics will help you decide and get support for the best possible course of action, based on more than merely intuition. Being able to report your findings will let your business understand the tangible benefits provided by your marketing efforts.

Summing up, you will be able to Reinvent Retail if you take a long, hard critical look at how far you are from becoming a Modern Marketer, and then take the appropriate steps to move forward. Just be ready to do it again and again if you want to not only reach but sustain your position at the top of the class of Marketing Maturity in the new millennium.

The Big One again controlled the 9P time slot and thus, the evening as it finished #1 in the UK on Tuesday. At 9P, the season’s third episode of ‘New Tricks’ was still Tuesday night’s most watched program outside of the soaps, as in its final season, an average 5.39 million viewers (26.6%) tuned in. Following the news at 1045P, ‘Don’t Take My Baby’ followed with 1.19 million viewers (11.4%).

The Big Four presented at 8P, ‘The Three Day Nanny’ and it didn’t do so well as it only brought in an average 1.08 million viewers (5.5%). At 9P, ‘Terror on Everest: Surviving the Nepal Earthquake’ dropped to only 850,000 viewers (4.2%). In a world of instant response, Napal is no longer a top-of-mind awareness proposition.

The Little Four ran a counter programming move on its big brother network as at 9P it presented the documentary ‘Prostitution: What’s the Harm?’ as it gathered 564,000 viewers (2.8%) interested in a different kind of new tricks.

Seven #1 in Australia on Tuesday but ‘Nine News ‘ the top program.

The Third Commercial Network in Australia finished #3 with a 20.4% share of the available audience.

The Alphabet Network in Australia finished third on Wednesday with a 20.7% share of the available audience. #7 was ‘ABC News’ and it finished with an average 854,000 viewers.

The Third Commercial Network in Australia finished #4 with a 18.4% share. #6 was ‘The Bachelor Australia’ and it finished with an average 877,000 viewers.

The Special Broadcast Service in Australia finished fifth on Wednesday with a 6.0% share of the available audience.