Posted on May 9, 2015 by overtheshouldermlb

The Tiffany Network finished #1 for the fourth straight evening in prime time, as it also was the top network in Late Night again on this Friday. At 8P, ‘The Amazing Race’ battling through Peru, is now on to the United States with four remaining teams as it drew an average 5.47 million viewers. Then at 9P, ‘Hawaii Five-O’ episode titled ‘Luapo’i’ (Prey) prepares for Kono’s wedding as events unfold when Dog The Bounty Hunter is called in to give a tip to McGarrett’s team in finding how a bounty hunter could leave the islands without going through the normal channels. It drew an average 8.37 million viewers. Not enough can be said about a program that takes a weak lead-in which was in second place and propel it to first place with a jump of nearly 3 million viewers (2.9 Million). That is why ‘Hawaii Five-O’ is one of the strongest programs on television. Then at 10P, in an episode titled ‘A Makekaua’ (Until We Die), the fan favorite, Catherine, comes back in the midst of preparing for the wedding and a missing nuclear war head which produces one of the more spectacular TV special effects and surprisingly, the wedding is part of a cliff hanger. It drew an average 8.12 million viewers for the Must See TV ON DEMAND episode, which finished 2.42 million ahead of its nearest competition. But the world was left without a satisfying reunion moment of the long absent Catherine and Steve. Then there’s Danno. Suffice to say, if it’s Friday, it’s CBS!

The Alphabet Network has a strong start and then nothing. At 8P, ‘Shark Tank’ took the first hour with an average 6.58 million viewers. But at 9P, ‘Beyond The Tank’ drew an average 5.57 million viewers, a million less than its lead-in but a huge 2.8 million behind ‘Hawaii Five-O’. At 9P, ’20/20′ without Bruce Jenner is what it always is…a program that draws about 5.05 million viewers.

The Peacock Network finished third on Friday. At 8P, ‘Grimm’ finished with an average 4.28 million viewers. At 9P, ‘Dateline’, in a two-hour program, drew an average 5.70 million viewers. While ‘Dateline’ finished #2 in both time slots on Friday, it was still 2/3rds of what ‘Hawaii Five-0’ delivered. There is something wrong with having ‘Grimm’ lead-in with ‘Dateline’. There really is no compatibility.

The Animal Network of Broadcast was lucky on Friday. It easily could have finished last if only The CW had anything to run up against it. At 8P, the film ‘Scream’ ran and ran and ran as it drew an average 1.30 million viewers. This was not good as Murdoch’s Minions are probably out looking for new jobs as ‘Friday Night at the Movies’ has been tried many times before this year and failed.

At 1135P, CBS’ ‘Late Show with David Letterman’ won again on Friday as guest star, Ray Ramono was joined by the Dave Mathews Band and finished with a leading 2.8 HH rating and a 7 share of the available audience. NBC’s ‘The Tonight Show Starring Jimmy Fallon’ drew a 2.7/7. ABC’s ‘Jimmy Kimmel Live’ wasn’t live as the rerun drew 1.9/5. At 1235A, NBC’s ‘Late Night with Seth Meyers’ finished #1 with a rerun which drew 1.4/4 in metered-market households. CBS’s ‘Late Late Show with James Corden’ finished second with a rerun and drew 1.3/4 with one of the most innovative episodes in late night history as this was the famous visit to Tommy’s house where the entire program, including Beck, was done in the home. ABC’s ‘Nightline’ drew a 1.2/4. At 135A, NBC’s ‘Last Call with Carson Daly’ drew an 0.8/3.

On this date in 2002, the pilot episode of ‘CSI: Miami’ aired on CBS. No program every pulled more color than this.

Who Will NCIS Loose Next Week?

Tell us who you think will be lost on the ‘NCIS’ finale. Take the poll: 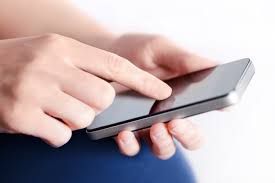 The world has officially changed.

Mobile Takes Over Search From Computers

It has long been speculated that mobile search would overtake desktop in the near future, and now we have confirmation that it has. Google announced that Google searches take place on mobile devices more than on computers in 10 countries including the US and Japan. MOBILENow.

Photo by Lance G. Hanish © 2015 All Rights Reserved. Not to be used or reproduced without written permission.

The Independent One finished #2 on Friday as at 8P, ‘Weekend Escapes with Warwick Davis’ was seen by 2.56 million viewers (13%). AT 9P, the ever popular, ‘Slow Train Through Africa with Griff Rhys Jones’ picked up an average audience of 2.21 million viewers (10.8%).

Seven #1 on Friday in Australia but ‘Nine News’ was top program.

The Third Commercial Network in Australia was #3 with 20.7% share. #6 was ‘MasterChef Australia’ which delivered an audience of 777,000 viewers.

The Special Broadcast Service in Australia finished #5 on Friday with a 5% share of the available audience.

Seven #1 on Saturday as nearly a third of the nation watched the channel.

The Second Commercial Network in Australia finished #1 again on Saturday with a strong 32.3% share of the available audience, a solid increase over Friday’s performance. The #1 program was ‘Seven News Saturday’ with 1,082,000 viewers. It was the top program for the evening for most of the major markets except Sydney. #9 was ‘Seven’s AFL: Saturday Afternoon Football’ which drew 386,000 viewers. 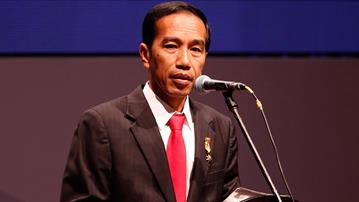 The National Nine Network in Australia finished #2 with a 24.7%, a decrease from Friday. #3 was ‘Nine News Saturday’ which delivered 839,000 viewers. It was the top program in Sydney with a viewership of 261,000 viewers.

The Special Broadcast Service in Australia finished #5 on Saturday with a 6.7% share, slightly ahead of Friday’s total.

This weekend we begin the Thelonious Monk Documentary by Clint Eastwood. Enjoy.