Posted on April 22, 2015 by overtheshouldermlb 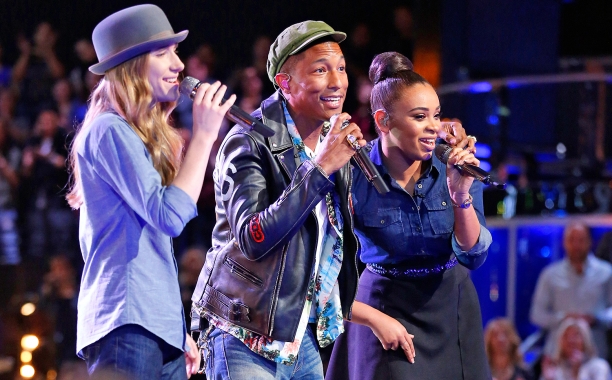 CBS #1 on Tuesday but NBC’s ‘The Voice’ top program.

The Tiffany Network finished #1 on Tuesday in prime time with two hours of reruns and the repositioning of a new program. At 8P, the world’s most watched drama, ‘NCIS’ had a rerun and still drew 10.14 million viewers against NBC’s most popular program. Then at 9P, another rerun of the top new drama on television, ‘NCIS: New Orleans’ drew an average 9.53 million viewers and finished #1 in its time slot. Then at 10P, a special repositioning of ‘CSI: Cyber’, with a very stern look at cyber bullying, brought in an average 8.38 million viewers to win the time slot. What all of this represents is that this is the state of television prime time today in the world of broadcast networks.

The Peacock Network threw its best punch on Tuesday and still came up short. It led off with its most powerful program (outside of NFL football) as ‘The Voice’ drew an average of 10.99 million viewers and took the time slot against a rerun. Now what does that say about reality programming in America? At 9P, ‘Undateable’ was unwatchable as it brought in an average 4.93 million viewers. At 930P, ‘One Big Happy’ wasn’t watched at all as it drew an average of only 3.94 million viewers. And to complete this evening of disjointed programming, ‘Chicago Fire’ only drew an average 6.79, not even good enough to beat a repositioned new drama. Just a tip: Sarnoff’s Staff needs to get some fresh blood into the staff to figure out what works well together for an evening of viewing. You simply don’t go from first to almost worst in one evening unless you have this kind of crazy lineup of programming.

The Alphabet Network simply was not in contention on this night after winning Monday. At 8P, ‘Fresh Off The Boat’ was a distant third with 5.05 million viewers. Then at 830P, ‘Repeat After Me’ fell down badly with an average of only 3.57 million viewers. At 9P, ‘Marvel’s Agents of SHIELD’ boosted Alpha up a bit with an average of 4.27 million viewers. Does anyone understand the placement of this program on this network? At 10P, one of the best programs on television didn’t stand a change. ‘Forever’, with a brilliant conclusion of what happened to Henry’s wife’ was done with immense sensativity as it drew 4.14 million viewers. One of the best written programs on television, the cast is amazing and the direction is superb. This is a show that knows what it is doing and is presented as an excellent example of what storytelling can be, in the right hands. Bravo. But again, what is it doing on this schedule with comedy then FOX comic book placement? Go stand behind NBC. For the record, ‘Forever’ finished 11% ahead of last week AND 25% above what the time slot did last year on the comparable day. It also has made an improvement in ABC’s Tuesday’s 10P hour in a key demo, up 70% in Adults 18-49 (1.7/5 vs. 1.0/3) over the same point last season.

The Little Network That Couldn’t DID. It beat FOX head to head. At 8P, ‘The Flash’ finished with an average of 3.66 million viewers. Then at 9P, ‘iZombie’ finished with an average of 2.17 million viewers. In both hours it beat Murdochville, half hour by half hour. Congrats to the Little One. You did it…again on Tuesday. It now just might be called The ROCKIE of Broadcast if it can pull off a couple of these evenings back-to-back.

The Animal Network of Broadcast needs new programmers. It is as simple as that. It just got waxed by The CW. At 8P, good ol Gordo and ‘Hell’s Kitchen’ died and finished on the bottom of the heap as it pulled in an average of 3.44 million viewers. At 9P, a rerun of ‘New Girl’ finished below The Mendoza Line as it only drew an average of 1.41 million viewers. At 930P, ‘Weird Loners’ finished in the ‘Whose Line Is It Anyway?’ category of programming as it fell to 1.26 million friends, family and neighbors, including those very, very bored who just like to look at the old station identification screen pattern. Even Murdoch does not want his name associated with Minions any more. At least he can look forward to ‘American Idol’ on Wednesday as a sign that his network is not completely DOA.

On this date in 1954, one of the most historic moments in the history of television, The U.S. Senate Army-McCarthy televised hearings began. “Have you no shame, Senator?” will ringing in our mind’s ears forever. 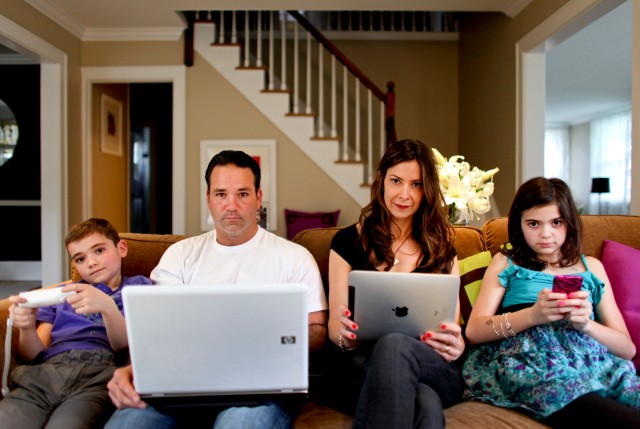 SCREEN WARS: THE BATTLE FOR EYE SPACE IN A TV-EVERYWHERE WORLD

We are living in a world of 24/7 connectivity. We access content on our own terms, and we like it that way. Across the globe, more than three quarters (76%) of respondents in a Nielsen online survey of digital attitudes and behaviors say they enjoy the freedom of being connected anywhere, anytime. While this flexibility can be a benefit to us, it represents a huge challenge for brands and content providers vying for our attention.

While media fragmentation is happening across all formats, the “Screen Wars” report focuses on video programming, which we define as any type of content, such as TV, cable shows, professional video or user-generated content, that is watched on your TV, PC, mobile phone, tablet or e-reader device. The Nielsen Global Digital Landscape Survey polled 30,000 online respondents in 60 countries to understand how the changing digital landscape is affecting how, where and why we watch video programming. Nielsen also examined consumption preferences for video programming, including the devices most commonly used for selected genres and the devices used to view video at home and on the go.

While the explosion of devices and platforms has given us more access to content and brands than ever before, video programming remains a strong influence in our lives. In fact, more than half of global respondents (55%) say video programs are an important part of their lives. The way audiences watch video, however, is shifting. 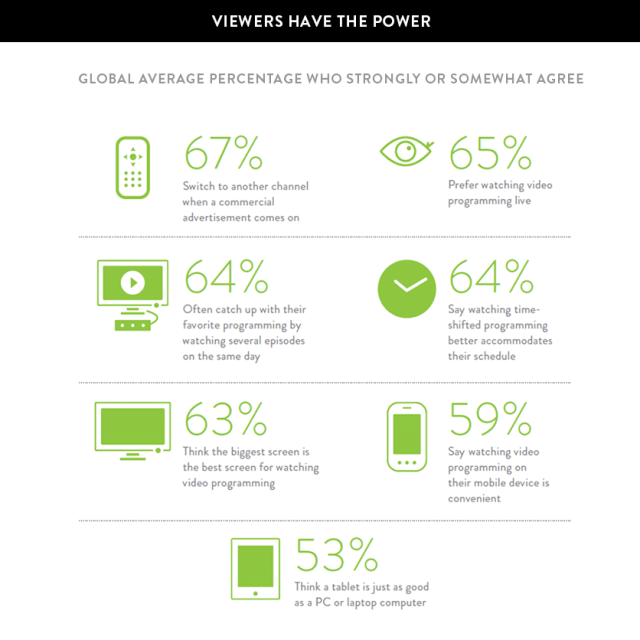 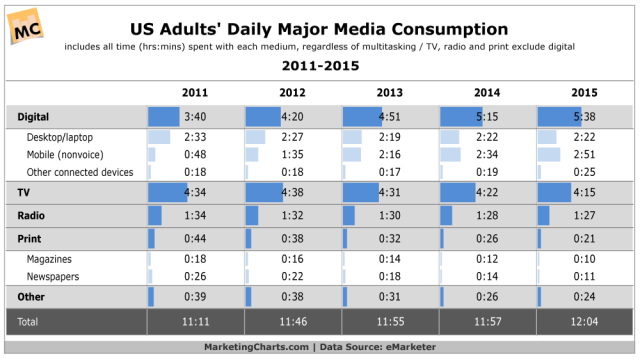 US adults will spend more than 5-and-a-half hours per day with digital media this year, up by almost a half-hour year-over-year, per eMarketer’s latest estimates. The majority (2:51) of that time will be spent with the mobile internet, which will have seen a compound annual growth rate of 37.2% between 2011 and 2015. TV will occupy the second-largest chunk of adults’ daily media time, at 4-and-a-quarter hours this year, down less than 20 minutes from 2011. By year’s end, print newspapers will have seen the largest decline in daily time, although newspaper ads continue to have a sizable influence on consumers’ purchases. 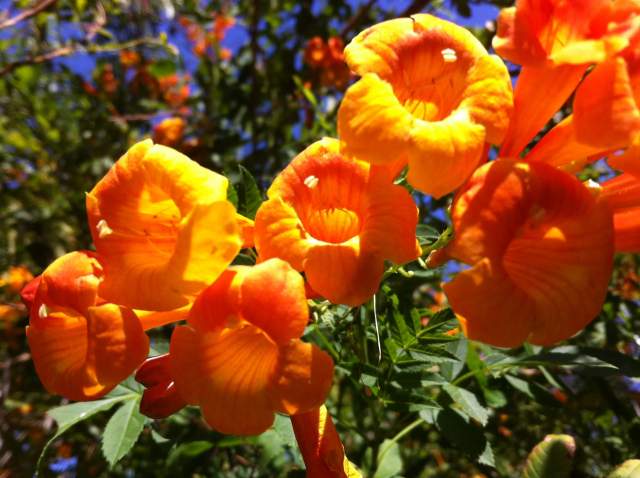 The Big One in the UK at 9P presented ‘Ordinary Lies’ and it topped the ratings outside of soaps once again as the BBC One drama attracted an average 4.79 million viewers on Tuesday (22.7%) for its final episode. Following the news, at 1045P, ‘Del Boys and Dealers’ was seen by an average 1.82 million viewers (19.8%).

The Independent One’s coverage of the ‘Champions League’ tie between Barcelona and PSG from 730P-10P averaged 1.89 million viewers (11.2%) as they kissed their sisters.

BBC Three at 9P presented ‘Stacey Dooley Investigates’ and it continued with an average 456,000 viewers (2.2%). 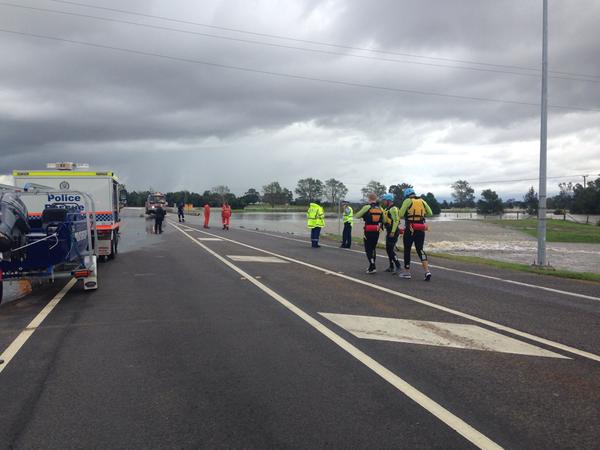 Described as the biggest storm of the decade, ‘Network Nine News’ was the #1 newscast in the nation on Tuesday. http://short.ninem.sn/yHpYp5I

The Special Broadcast Service finished #5 with a 5.9% share, a slight pick up from Monday.

The Alphabet Network of Australia edged ahead of Ten to finish with 16.7% share. #8 was ‘ABC News’ which finished with an average 910,000 viewers. Congratulations to ABC for the beautiful tribute, ‘Gallipoli 2015: Above the memorials’ (shown above).

The Special Broadcast Service finished #5 with 5.6% share of the available audience.