Posted on April 15, 2015 by overtheshouldermlb

CBS finished #1 on Tuesday and ‘NCIS’ finished as the top program with strong competition, drawing more than 15 million viewers.

The Tiffany Network finished Tuesday with the Trifecta as it won every hour in prime time by a comfortable margin. It was one of the great nights in CBS television history. In fact it may be the Golden Age of CBS Television Network. At 8P, ‘NCIS’, the most popular drama in America finished with a powerful average of 15.40 million viewers and a 9.7 rating and a 16 share of the available audience with a terrific episode, titled ‘Lost In Translation’, that went to the heart of Bishop’s fears as Gibbs focused, as only he can, in bringing that out of her. This was a Must See TV ON DEMAND episode. Then at 9P, another terrific show as ‘NCIS: New Orleans’ faced the issue of a kidnapping with many issues faced along the way. It drew an average 14.055 million viewers and a 8.8/14 with an episode that was a Must See TV ON DEMAND episode. The scene on the pier is absolutely heartbreaking. But it was at 10P, when ‘Person Of Interest’ blew away those running for an EMMY AWARD this season as the return of Taraji P. Henson coming back in one of the most unique episodes on television in a very long time. Titled ‘Terra Incognito’, the quiet power of this episode left the audience wanting more as it returned to the days when it was only the saving of lives that was important and her return to the show was a welcome relieve to what these producers have been forcing upon their loyal audience. It drew an average 9.66 million viewers and a 5.8/10. It was an absolute Must See TV ON DEMAND episode worthy of every accolade one could give it. Great directing (try doing much of the show from a front seat of a car) and fantastic acting by Henson and the hidden gem of CBS, Jim Caviezel. Both deserve an EMMY for this episode alone. We are blessed to live in a time when we can see it anytime we want, simply by going ON DEMAND.

On this date in 1951, the first episode of ‘Adventures of Wild Bill Hickok’ aired. Hey! We met Jingles in this series.

For those of you who have been living under a rock, on April 21, 2015, Google will be penalizing those companies who do NOT have mobile friendly website. If it is NOT a responsive website designed for mobile, Google will NOT show your website and you customers and potential customers will not know you exist.

If you already know about this, please disregard. If we can help, just let us know. lance@cnasophis.com or klaus@cnasophis.com 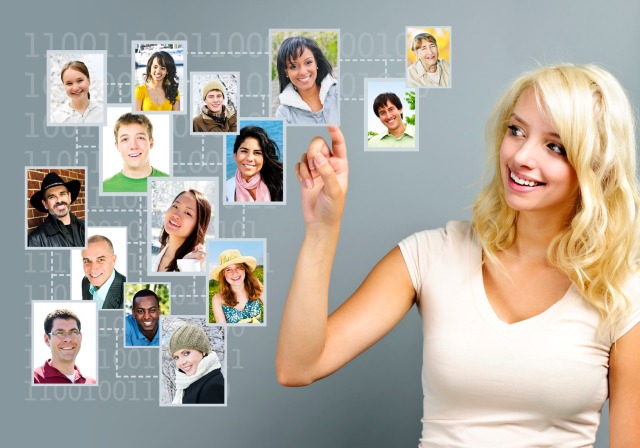 Advertisers in North America spend the most to be social

Advertisers worldwide will spend $23.68 billion on paid media to reach consumers on social networks this year, according to new figures from eMarketer, a 33.5% increase from 2014. By 2017, social network ad spending will reach $35.98 billion, representing 16.0% of all digital ad spending globally.

Advertisers in the US and Canada place a premium on social media and will ramp up paid spending on social networks 31.0% this year to pass $10 billion for the first time. Social network advertising in Asia-Pacific will total $7.40 billion, with Western Europe the third-largest region at $4.74 billion. The drop-off in spending to the other three major world regions is steep, with Latin America reaching only $680 million in 2015, while Central and Eastern Europe and the Middle East and Africa lag further behind.

North American advertisers’ predilection for social network ad spending is reflected by the amount they spend per user. This year, advertisers in the US and Canada will spend more than $50 for each user across the social landscape in their respective countries, and in just two years, will increase that outlay to $71.37 per user, a reflection of growing spending against a maturing user base.

In Western Europe, we see a similar trend, and social network ad spending per user will remain about half the amount spent in North America throughout our forecast. By contrast, Asia-Pacific social networkers will command only $8.04 each from advertisers trying to reach them this year, and that figure will increase to just $10.54 by 2017. In that region, user bases are still growing significantly while spending still lags.

The US and China will be the leading individual countries in social network ad spending for the foreseeable future, collectively commanding more than half the worldwide market throughout our forecast period. This year, advertisers in the US will spend $9.59 billion on social ads, up 31.0% from 2014 and more than double the amount they spent in 2013. By the end of our forecast period, social network advertising in the US will total $14.40 billion—just shy of 20% of all digital ad spending countrywide. In China, ad spending on social networks will reach $3.41 billion this year and is expected to increase to $6.11 billion in 2017, or 12.5% of all digital ad dollars in the country.

At a company level, unsurprisingly, Facebook is dominating the paid social advertising landscape globally. eMarketer estimates that in 2015, the company will make $15.50 billion in ad revenues, or 65.5% of all social network ad spending worldwide. That portion is up from 2014, when Facebook owned 64.5% of the social ad market. Twitter is also gaining share, expected to take 8.8% of global social network ad spending, or $2.09 billion, up from 7.1% share in 2014. LinkedIn, the other major US-based social ad seller for which eMarketer forecasts ad revenues, will make $900 million in advertising this year, but its share of global social ad spend will dip to 3.8%, down from 4.2% last year.

Mobile display ads are generally more viewable than those served on desktop, based on data released earlier this month by Sizmek.

The study looked at measurable impressions served worldwide by Sizmek in 2014 and found that ad placements sized for mobile were more viewable than desktop-specific creative for almost all display ad formats. HTML5 standard banner viewability was especially strong on mobile, at 79.3% on average, vs. 48.4% for desktop. Rates hovered around 70% for HTML5 rich media and Flash standard banners on mobile, compared with about 50% on desktop. Flash rich media ads were the only exception, with desktop leading in average viewability rate by about 30 percentage points.

Mobile-specific display ads were more viewable than desktop ads worldwide whether purchased directly through publishers or programmatically. Viewability rates for mobile publisher direct ads were 74.1%, vs. 54.4% on desktop. Programmatic placements on mobile saw average viewability of 81.4%, while desktop came in at just 39.7%.

eMarketer estimates that US digital ad spending will reach $58.61 billion this year, and mobile will account for just under half of that total, at $28.72 billion. By 2019, mobile will take in nearly three-quarters of digital ad dollars.

Small Business Not Using Social Media As Much As They Should

Facebook and other social media sites ranked as the second most effective marketing method among US small and medium-sized businesses (SMBs) surveyed in January 2015 by Thrive Analytics, but that doesn’t mean more are using it. Recent polling by Ebiquity for American Express OPEN found that small businesses generally hadn’t increased their social presence over the past year. More than four in 10 US small businesses surveyed in February and March 2015 said they didn’t use social media for business. This was actually up slightly from 38% in fall 2014 and even with the percentage in spring 2014, during which responses dropped 8% from September 2013. December 2014 research by Zogby Analytics for Xero found a higher 48.2% of US small-business owners didn’t use any social media for business purposes.

Among American Express respondents using social, Facebook was king, cited by 41% overall—and in line with the 40.4% reported by Xero. However, the usage rate American Express found was down from its previous study. In fact, with the exception of Instagram, foursquare and Myspace, each of which didn’t even break 10%, all other social sites saw usage drop.

Thrive found that SMBs were most likely to keep social spending the same in 2015, and many just don’t have the resources to keep up. Fully 55% updated social media business content monthly or less frequently, while just 15% did so daily and 30% weekly. This means social followers they have—who often demand real-time, or close to real-time, info—are seeing out-of-date content. Outsourcing could help, but unfortunately, most haven’t taken advantage of this option: Just 25.7% of SMB marketing professionals polled worldwide in January 2015 by HubShout said they outsourced social media.

Project Digital™ could be an answer for small business to consider.

The Independent One had Football. At 730P ITV’s coverage of the ‘Champions League’ tie between ‘Atletico Madrid and Real Madrid’ averaged 2.97 million fans (14.5%) between 730P and 10P. Renaldo………where were you on Tuesday?

The Little Three at 9P had ‘Stacey Dooley Investigates’ and it wasn’t seen by many as only an average of 290,000 family and friends watched (1.3%).

Seven #1 on Tuesday as ‘My Kitchen Rules’ top program.

SBS finished #5 with a 6.5% share of the available audience.

SBS finished with a 6.5% share for the third straight night.

Diana Krall ‘Cry Me A River’