Posted on April 1, 2015 by overtheshouldermlb

This is the Daily Diary of Screens. On Tuesday, March 31, 2015, CBS regained the #1 network ranking in the U.S. as ‘NCIS’ was the top program. ITV was #1 in the UK led by ‘England tie with Italy in football’. Network Nine was #1 in Australia But ‘Seven News’ was the top program. SEE AUSTRALIAN TV OVERNIGHT RATINGS FOR WEDNESDAY BELOW.

CBS #1 on Tuesday as ‘NCIS’ top program with over 16 million viewers.

On This Date in 1979, the last episode of ‘The Bob Newhart Show’ aired with one of television’s greatest last scenes in history. 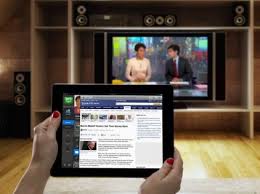 How Many Are Watching TV And On What?

Some 142 million Americans use social media applications on smartphones on a monthly basis, slightly higher than the number using social media on a computer (133 million) and on the web on a smartphone (124 million), according to media universe estimates released by Nielsen. The data also shows that almost 200 million use the internet on a computer monthly, while 164 million use apps or the web on a smartphone.

Who Watches Movies In The Theater?
48% of the Movie Going Audience Is Above 40 Years In Age

According to January 2015 research by ORC International (Opinion Research Corporation) for the Motion Picture Association of America (MPAA), box office revenues in the US and Canada fell 5% in 2014 to $10.4 billion. At the same time, the number of tickets sold declined 6% to 1.27 billion, and average tickets sold per person fell at the same rate to 3.7. That’s the discomforting news.

On the positive side, nearly 1.27 billion US adults visited the cinema last year—more than those who visited theme parks (379 million) and sporting events (134 million) combined. This means that this audience is still a very important target. What advertisers need to keep in mind is which consumers are actually fans of the theater.

The study found that 25-to-39 year-olds and seniors accounted for the largest shares of moviegoers in the US last year, each representing 21% of the audience. However, in terms of frequent moviegoers—people who went to a movie at the cinema once a month or more, millennials were big. While 18-to-24 year-olds accounted for just 10% of the movie theater audience last year, 19% of frequent moviegoers fell into this group. This put the 18-to-24 age bracket in first place, tying with those ages 25 to 39.

The biggest surprise to most is that adults, 40+ represented 48% of the movie going audience. These are the people representing the wealth and available consumer spend in the country.

According to MPAA, whites were more likely than Hispanics, blacks and Asians to visit the theater, representing 63% of moviegoers last year and 56% of those who went frequently.

Advertisers continue to put money toward reaching moviegoers once they sit down in their seats. It is estimated that US cinema advertising spending would rise 3.4% to 4.1% this year to between $720 million and $800 million.

SBS finished #5 with a 5.9% share of the available audience.

SBS finished fifth with a 5.6% share of the available audience.

Louis Armstrong ‘We Have All The Time In The World’