Posted on March 7, 2015 by overtheshouldermlb

CBS #1 on Friday as ‘Blue Bloods’ was the top program with over 11 million viewers.

The Tiffany Network took top honors on Friday, as usual, with its veteran line-up. At 8P, ‘The Amazing Race’ began the evening in prime time with an average of 6.16 million viewers. At 9P, the always strong ‘Hawaii Five-0’, with a great Must See ON DEMAND episode titled ‘Pono Kaulike’ (‘Justice For All’) that finished up a terrific arc involving Danno and the murder of the man who killed his brother, brought a unique twist to the Hawaii PD as not only Danno but Chin Ho were arrested, leaving the remaining members of the team to try and free them. It drew an average of 9.64 million viewers and set up ‘Blue Bloods’ at 10P in an episode titled, ‘Occupational Hazard’ to take the night with an average of 11.18 million viewers as both Erin and Jamie were involved with two different problems, Erin with a stalker and Jamie with a bomber. This was again a Must See TV ON DEMAND episode which again finished as the #1 program on Friday on all of television.

On This Date in 1983, ESPN televised the first live professional football game on cable. The game was between the USFL’s Birmingham Stallions and the Michigan Panthers.

Even the weak suits at NBC had to admit that ‘Allegiance’ was not pulling its weight in the ratings. It was cancelled and the limited drama ‘The Slap’, which has been struggling at 8P will replace it. Just goes to show you the thinking of the suits at Peacockville…replace one bad show with another. A new series of ‘Blacklist’-themed ‘Dateline’ specials titled ‘Dateline: The Real Blacklist’ will temporarily occupy the Thursday 8P hour in place of ‘The Slap’ No word when, or if the remaining eight episodes of ‘Allegiance’ will air.

Marketers spent an average of $567 advertising to each person in the US last year, according to Strategy Analytics’ calculations, with this topping the list of global markets analyzed, ahead of Australia ($486) and Norway ($472). By comparison, ad spend per capita is much smaller in China ($35 per capita) and India ($5), such that per capita spending in the US appears to be 16 times larger than in China. The report also finds that TV continues to capture the largest share (43%) of ad dollars in the US.

Australia leads in digital ad spend per internet user, a measure that has risen quickly in the US.

For those of us who have flown more than 5 million miles to do our work, Congratulations to Delta Airlines.

Advertising Channels With the Largest Purchase Influence on Consumers

According to the Center for Marketing Research at the University of Massachusetts Dartmouth, online advertising was their #1 promotional strategy to help increase sales. And the rest weren’t even close. When asked which of several promotional strategies they feel has the most potential to help increase sales:
#1 46% of executives surveyed from the 2014 Inc. 500 cited online advertising, easily outpacing
#2 business directory listings with 17%.
#3 13% listed traditional print/broadcast media
#4 13% felt social media platforms were the best. With regards to social media, the study found that LinkedIn is the platform of choice, used by 94% of the Inc. 500 (up from 88% last year). Facebook (80%, down from 84%) and Twitter (79%, up from 74%).

Survey respondents were more likely to see the potential for sales growth directly through Facebook (55%) than Twitter (50%) or Pinterest (25%). For the time being, though, these platforms are estimated to account for just a small fraction of annual sales: 71% of respondents estimated that 5% or less of their total annual sales come through Facebook, Twitter and Pinterest. Almost 1 in 5 didn’t know.

Methodology: Every company named to the 2014 Inc. 500 list was examined in order to determine which social media tools they were using. Each homepage was reviewed in addition to the entire website (since some did not link to their accounts from the homepage). Search engines were also utilized to find an online presence if none was obvious after reviewing the website. All of the 2014 Inc. 500 were included in this part of the process. The second level of research involved interviewing a random sample of executives from the Inc. 500 list to ask questions with a specific focus on issues such as social commerce, mobile, online crisis management and social media policies. One hundred ten interviews were conducted representing 22% of the Inc. 500. The responding executives represent a diverse group, which consists of 21 of the 26 industries on the 2014 Inc. 500 list. Eighteen percent of the companies surveyed made the top 100 on the list (9 are ranked in the top 25). Respondents reported annual company revenues ranging from under $3M to over $150M with 46% of them falling between $3m-$10m. Approximately two-thirds of the sample has 1-50 employees and 64% were founded between the years 2008-2011.” 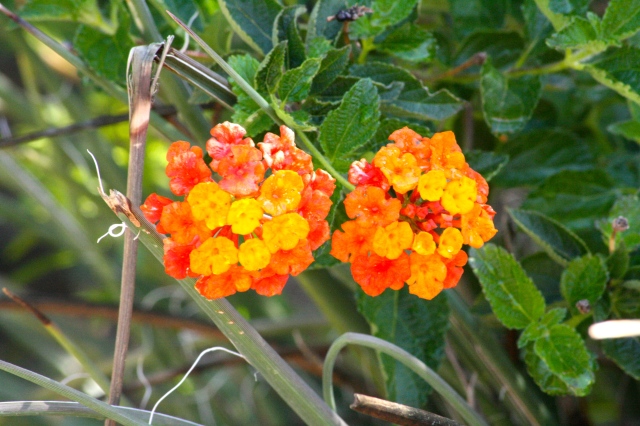 SBS finished last of the Big Five with a share of the available audience. 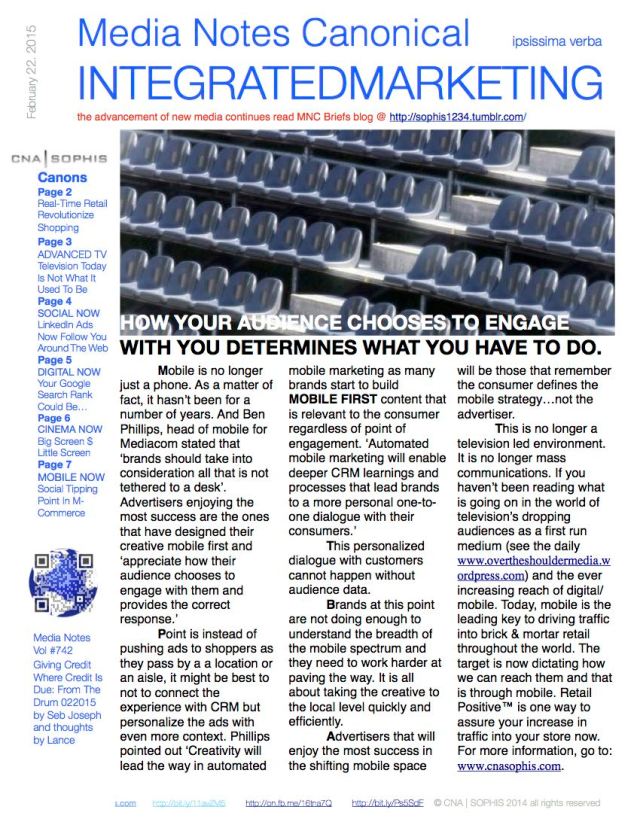 Catch up with the latest edition of Media Notes Canonical at: http://bit.ly/1G0YNPA
This week: ‘How Your Audience Chooses To Engage With You Determines What You Have To Do’.