Posted on February 28, 2015 by overtheshouldermlb 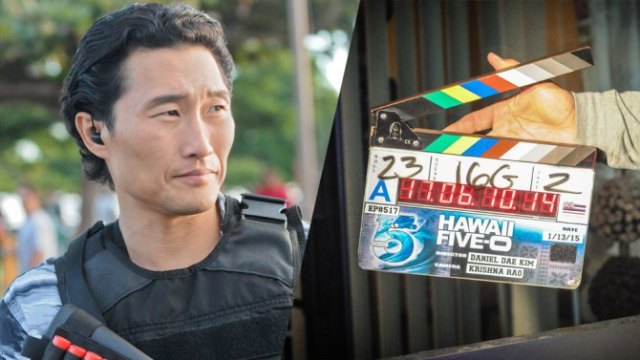 CBS Finished #1 on Friday as ‘Hawaii Five-0’ was the top program with 9.47 million viewers.

The Tiffany Network on this first Friday after the end of the February Sweeps Period ran some new programming with an old. At 7P, ‘The Amazing Race’ kicked things off and had an average of 6.15million viewers. At 9P, ‘Hawaii Five-0’ finished #1 in its time slot with an average of 9.47 million viewers and it finished as the top program of the evening. The episode, directed by cast member, Daniel Dae Kim, titled ‘Kuka’awale’ (‘Stakeout’) provided a strange twist as it mixed the partner psychological fixings with vicious murder with guest turns by Jon Lovitz and Cloris Leachman. At 10P, a rerun of an earlier episode of ‘Blue Bloods’ centered around Frank’s old partner who was nearing retirement and caught with a potential DUI. It was a Must See TV ON DEMAND episode which drew an average of 7.78 million viewers.

The Peacock Network wasn’t really in the game. At 8P, the 30 Rock crew decided to have a rerun of this week’s season premiere of ‘The Night Shift’ which drew a lackluster average of 3.00 million viewers. AT 9P, ‘Dateline’ produced the network’s top effort of the night with an average of 6.19 million viewers which placed it fourth on Friday. Too bad the suits at Sarnoffville couldn’t figure out a better lead on top of the prime time hour.

The Animal Network of Broadcast tried by failed to deliver on Friday. At 8P, with a title of a show like this, no wonder ‘World’s Funniest Fails’ can only average 2.84 million viewers. At 9P, ‘Glee’ is closing in on its finish as it delivered an average of 1.67 million friends and family as it was, along with all of The CW shows on the night, well below The Mendoza Line.

On this date in 1983, ‘M*A*S*H’ became the most watched television program in history when the final episode aired on CBS. The TV movie was entitled “Goodbye, Farewell, Amen.” Nationally, “Goodbye, Farewell, and Amen” received a 60.2 rating and a 77 share. That 60.2 ratings translates into an estimated 50,146,600 homes (833,000 X 60.2) which can be rounded up to either 50.15 million homes or 50.2 million homes. Either way, more than half of all the television households in the United States were watching M*A*S*H — and 77% of all televisions in use from 830P to 11P were tuned in to CBS. The number of viewers who watched “Goodbye, Farewell, and Amen”, the number of people who watched all or part of the two-and-a-half hours, was 121,624,000 million viewers. In local ratings, San Francisco finished with a 63.7 ratings and an amazing 82 share of the available audience. Detroit was 57.5/73. New York City delivered a whopping 56.4/72. Chicago likewise with a 55.4/72. Los Angeles had a 51.6/68 and Philadelphia finished with a 51.2/70. In short, as of February 2015 “Goodbye, Farewell, and Amen” remains the single highest-rated television program of all time by a wide margin and that is a record unlikely to ever be broken.

SBS finished #5 with a 5.0% share of the available audience.

Sydney Hosted the Australian Premiere of the International Press Associations Satellite Award Winning film, ‘Return To Zero’ on Thursday at the Roseville Cinema. The film, starring Minnie Driver, Paul Adelstein, Alfred Molina, Connie Nielsen, Andrea Anders, Kathy Baker, and Sarah Jones. All profits benefit two amazing organizations: Heartfelt and Stillbirth Foundation Australia. The award-winning film will be shown for the first time in Melbourne on Sunday. Purchase your tickets at: http://heartfelt.org.au/events. The Writers Guild of America nominee, director Sean Hanish and his wife, Kiley, will be in attendance for a Q&A following the screening.

Catch up with the latest edition of Media Notes Canonical at: http://bit.ly/1G0YNPA
This week: ‘How Your Audience Chooses To Engage With You Determines What You Have To Do’.

Dizzy Gillespie ‘On The Sunny Side of the Street’

Dave Brubeck ‘Somewhere Over The Rainbow’