CBS #1 On Friday In The U.S. ITV Tops In The UK. Nine Edges Seven In Australia.

Posted on February 14, 2015 by overtheshouldermlb 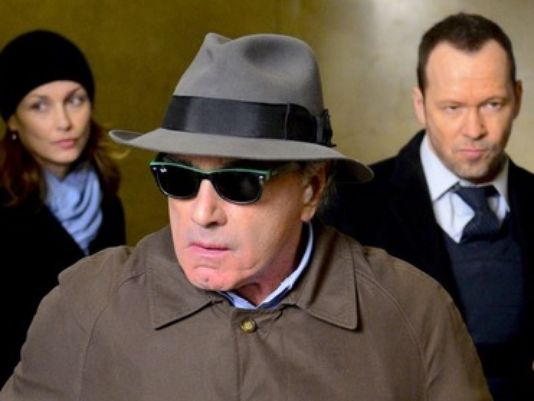 CBS #1 on Friday as ‘Blue Bloods’ leads the way.

The Tiffany Network had the power on Friday as it easily finished #1 in prime time. At 8P, ‘Undercover Boss’ pulled in 8.50 million viewers to begin the evening. But it was at 9P, when ‘Hawaii Five-0’ lit up the evening with one of its best episodes in years, featuring the capture of a an African war lord that could lead to an arc every bit as tempting as those years of Wo Fat, drew 9.535 million viewers and was absolutely a Must See TV ON DEMAND episode. At 10P, the cornerstone of Paley’s World on Friday, ‘Blue Bloods’ drove the point across: you can’t beat CBS on Friday. In an episode, titled ‘Power Plays’ that put all of the Reagan’s in play as Dan Heyada guest starred as a former criminal in the Witness Protection program of the U.S. Marshall; Frank battled with the Mayor; Danny helped out sister Erin in a fascinating journey back to Iowa and Jamie again finds himself conflicted with his partner which has to lead to the conclusion everyone understands is coming, drew 11.255 million viewers. It was again Must See TV ON DEMAND. Friday on CBS is appointment television.

The Animal Network of Broadcast just didn’t have the ammo to confront on Friday. At 8P, ‘The World’s Funniest Fails’ drew 2.40 million viewers. And at 9P, one of the final episodes of ‘Glee’ finished with 1.856 viewers, finishing well below the Mendoza Line.

The Little Network That Couldn’t was DOA on Friday. At 8P, the bright suits at LNTC simply presented a movie, ‘Safety Not Guaranteed’ and it simply died with an average of 745,000 friends and family and CW suits. Turn off the lights. This party is nearly over.

On this date in 1966, CBS began what is today the biggest show in sports as it bought the rights to the NFL’s 1966 and 1967 Championship Games (The Super Bowl) for $2 million per game. The Green Bay Packers defeated the Kansas City Chiefs in the 1966 game from Los Angeles and the Packers repeated by beating the Oakland Raiders in the 1967 game from Miami.