Posted on February 8, 2015 by overtheshouldermlb

The Tiffany Network had its usual Saturday propped up by the hammer. At 8P, a rerun of ‘NCIS’, with a powerful episode continuing the season opener, drew 4.98 million viewers. If you haven’t seen this, it is a Must See TV ON DEMAND episode. At 9P, a rerun of ‘NCIS: New Orleans’ had one of its better episodes of the year as everyone was wondering who killed the Navy LCDR who had died in what appeared as an accident. It drew 4.91 million viewers. Then at 10P, ’48 Hours’ pulled through with 6.62million viewers to win the night for the network and the top program slot of the evening.

The Peacock Network also had its usual line up. At 8P, ‘Dateline’ drew 5.80 million viewers. At 10P, a compilation of various old ‘Saturday Night Live’ not so live programs drew 4.08 million viewers, drawing NBC’s chance to win the night to nil.

The Animal Network of Broadcast decided to make this a final ‘Red Band’ night. At 8P, ‘Red Band Society’ drew 1.74 million viewers. Then at 9P, the series finale of ‘Red Band Society’ drew 1.88 million viewers. This past season, FOX tried desperately to bring fresh new programming to the small screen. Some made it, like ‘Empire’, while others like ‘Rake’ and this program did not. But it was a great attempt to bring a difficult storyline to the smaller screen. 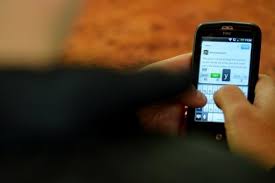 Want to get millennials to follow you on Twitter? Offer a coupon. According to fall 2014 research by the University of Massachusetts Dartmouth Center for Marketing Research, US millennials were most likely to follow a brand or company on Twitter to get a coupon or discount, cited by 85%. Following brands to receive coupons and discounts was more common on Twitter than on Facebook or Pinterest.

Millennials were also interested in supporting brands they liked, a reason to follow for nearly 80%. Beyond discounts and loyalty, no other reason was cited by the majority of respondents, with receiving regular updates from brands the third most popular, called out by 47%.

Millennials who make purchases via Twitter aren’t shelling out too much. Nearly three-quarters of respondents spent $49 or less when buying something via Twitter, compared with 54% who said the same about Facebook. Twitter purchasers were also the most likely to spend less than $20 by at least 10 percentage points, and no respondents spent over $100 through the site.

Twitter’s audience is largely millennial, presenting a good social channel for those targeting this cohort. In September 2014, Pew Research Center found that 37% of US internet users ages 18 to 29 used Twitter, compared with 25% of 30- to 49-year-olds and around 10% of the 50-and-older group. Meanwhile, Cowen and Company found in November 2014 that US internet users spent 23.5 minutes each day with Twitter, compared with an average of 17.1 minutes for the entire adult population. In all, 18- to 29-year-olds accounted for 33% of Twitter users.

SBS finished fifth with a 7.2% share of the available audience.

SBS came in fifth with a 4.9% share of the available audience.