NBC Dominates as #1 on Sunday in the U.S. BBC One #1 in the UK. Seven Dominates in Australia.

Posted on February 2, 2015 by overtheshouldermlb

The Peacock Network was the overwhelming #1 on Sunday as it hosted the ‘Super Bowl’. In one of the most exciting games in its history, the New England Patriots defeated the Seattle Seahawks. The Patriots’ 28-24 win over the Seahawks in Super Bowl XLIX on NBC delivered the highest overnight rating in Super Bowl history, with 49.7 rating/72 share in households.
-NBC’s Super Bowl XLIX overnight topped a 50 rating in each half hour from 8 p.m. ET forward (peaking at a 52.9/73 from 10-1015P ET). Comparably, NBC’s Super Bowl XLIX overnight is up by four percent from last year (47.6/70), and up by three percent from the prior record (48.1/71 for Ravens-49ers in Feb. 2013). The game drew 114.4 million viewers. The ‘Post Game’ show drew 72.93 million viewers. For the record, the ‘Super Bowl’ finished as the top television draw in history.

Besides the game itself, the halftime show starring Katy Perry was the bet ever as it outdid the Olympics opening night festivities.

On this date in 1957, Fats Domino sang “Blueberry Hill” and “Blue Monday” on ‘The Perry Como Show’ on television.

More than 300 million people in Western Europe now access the internet at least once per month, eMarketer estimates, and most countries in the region are relatively mature digital markets. Yet despite steady gains in all the EU-5 countries—France, Germany, Italy, Spain and the UK—internet penetration still varies substantially in these nations and will continue to do so in 2015, ranging from an estimated 58.6% in Italy and 67.1% in Spain to upwards of 75% in France and Germany, according to a new eMarketer report, “Western Europe Digital Users and Usage: Uptake and Access Patterns Continue to Evolve.”

Key drivers of internet uptake and market consolidation in the region include rising tablet and smartphone usage. In both France and Germany, for example, tablet penetration is set to near 38% of the total population this year. Across the EU-5, an estimated 170.4 million people will own a smartphone, and 176.5 million will use a mobile phone to access the web.

Rising device usage is boosting multiscreen in the EU-5, and TV viewing is often accompanied by other activities such as online browsing, instant messaging, gaming or digital shopping and buying.

Predictably, younger viewers are in the vanguard of such behavior. ARD/ZDF-Medienkommission noted that 73% of German-speaking web users ages 14 to 29 watched TV in conjunction with at least one other digital activity in 2014.

Of these, half (35% of the sample) had done something online related to the program they were watching, and 25% of respondents had chatted about that TV content in a digital community. This kind of engagement was less common among older web users, yet in total, 57% of internet users ages 14 and older had combined TV viewing and digital activities.

Google and TNS also reported a high incidence of internet users in several countries using TV and the web simultaneously. Within the EU-5, Spain and the UK scored highest by this measure, with 61% and 63%, respectively, of internet users going online during TV broadcasts.

In Germany and Italy, the proportion was around half, and France ranked lowest, with 44% reporting simultaneous use. Curiously, though, a large majority of respondents in this study—and at least 84% in all EU-5 nations—said their online activity wasn’t related to the TV programs they were watching. Such data tends to undermine any presumption that marketers can easily prompt TV viewers to respond directly to TV ads via digital channels in real-time.

Seven roared back from Saturday’s debacle as the 2015 Australian Open Finals took center stage in Melbourne with a 41.4% share of the available audience. The #1 program was of course was the ‘2015 Australian Open Men’s final Presentation’ with 2,088,000 viewers. Of course this is the only country in the world who watches the victor’s presentation more than they watch the actual event. #2 was the event itself but it drew only 1,881,000 viewers. Go figure. #6 was ‘Seven News Sunday’ with 1,072,000 viewers. #7 was the movie, ‘Striking Distance’ which drew 1,027,000 viewers. 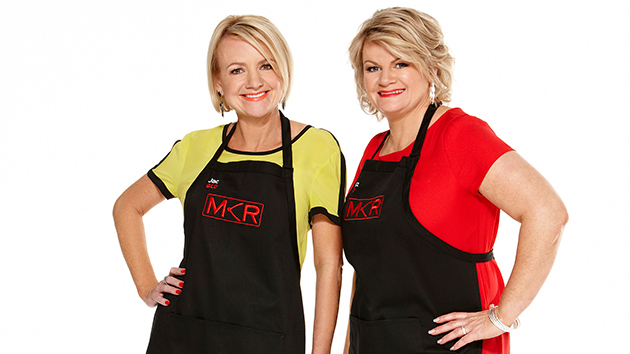 Seven #1 in Australia on Monday as ‘My Kitchen Rules’ top program.

SBS finished #5 with a 4.9% share of the available audience.