FOX Breaks CBS String. #1 on Wednesday in the U.S. ITV #1 in the UK. Seven Dominates in Australia.

Posted on January 22, 2015 by overtheshouldermlb 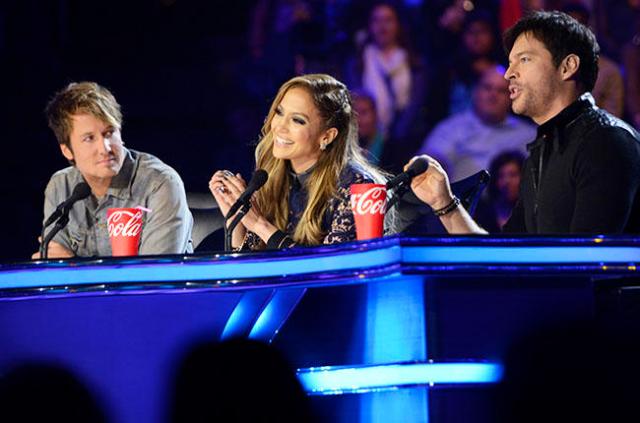 FOX was #1 on Wednesday as ‘American Idol’ topped with over 11 million viewers.

The Animal Network of Broadcast is now in a position to win consistently on Wednesday. At 8P, it has a tradition, as ‘American Idol’ won its time slot with 11.53 million viewers and a 8.2/13, winning the time slot and the night. The old horse is not dead yet. At 9P, ‘Empire’ is a hit as this Wednesday it drew 10.95 million viewers and a 7.6/12, winning the time slot. There is a lesson here: the placement of the line up is near perfect…music flowing into music. There has to be a reality-into-fantasy cross-over in the future. But, ‘Empire’ probably would not be as popular without the enormous lift it gets from ‘Idol’. ‘American Idol’ may be dying and appears to be on its last legs, but it still has the power. And that power wins evenings. The three stars have a tremendous chemistry together where each is given their space and they appear to have the support of one another.

The Peacock Network has as its Wednesday line up in prime time a bit of the new, old and in-between. At 8P, a rerun of ‘The Mysteries of Laura’, once looking like a solid hit on this night has slipped a bit as it drew 4.78 million viewers and a 2.9/5. At 9P, the old reliable ‘Law & Order: SVU’ drew 6.75 million viewers and a 4.4/7. At 10P, the always reliable, ‘Chicago PD’ won the time slot with 8.00 million viewers and a 4.3/7. But on the evening, Sarnoff’s Staff’ drew less than half of what FOX did on this night. This is not a good sign for the boys and girls at 30 Rock.

On this date in 1968, the groundbreaking ‘Rowan & Martin’s Laugh-In’, debuted on NBC TV.

An exclusive preview of the upcoming season will accompany the Imax screenings of the HBO drama, which will show the final two episodes of the fourth season and will run from Jan. 29 to Feb. 5.

‘Backstrom’, the one time CBS development project will debut tonight following ‘American Idol’ on FOX. From creator/executive producer Hart Hanson (‘Bones’), ‘Backstrom’ is a subversive and comic crime procedural about an unhealthy, offensive, irascible – albeit brilliant – detective who is brought back from exile to run the Portland Police Bureau’s Special Crimes Unit (S.C.U.). Rainn Wilson (‘The Office’) and Dennis Haysbert (‘The Unit’ & ’24’) star. According to an article in the Hollywood Reporter by Marisa Roffman (012215),
Hanson: “The show was originally made for CBS, they opted to not go forward with it, and then Fox picked it up months later.”
Q: “What kind of changes did you have to make for it to fit into the Fox lineup?”
Hanson: “Part of it was you make a pilot that they buy or don’t buy — you don’t really have to pay attention to Standards and Practices at that point, depending on the network. People have rules, but the original Backstrom pilot for CBS was never going to go on air the way it was because of their Standards and Practices versus Fox’s. So there were a whole bunch of things that we were able to keep.”
Q: “Such as?”
Hanson: “Jokes, language. Standards and Practices said, “This is a racist comment.” And the executives said, “Just ignore it, we’ll deal with it.” Standards and Practices does not answer to the president of the network; they are their own protected entity. My deal with Fox was one I was happy to make: Backstrom could say things, as long as it didn’t look OK to say those things. Meaning, those reactions of the other characters couldn’t be guffawing with laughter or something. The other was the other characters not join in. And that was never part of the idea. The idea was here is this guy, who is very singular, unique, and the others weren’t going to be saying [anything to agree].

The CBS version had Mamie Gummer as Gravely, and that was a different character. She had the same name, but she was a melancholy, lower energy, broken-hearted gay [woman] — the love of her life had left her, and she was very depressed, very low energy, and that was not going to cut it on Fox. So that’s where we said, “OK, we have to change it to an ingenue [played by Genevieve Angelson]; millennial, smart detective, brand new, newly minted to clash with him in a more sparky way than the old hand [she originally was]. There was also an element of “we have two of these”; two veteran cops in the CBS version: [Dennis Haysbert’s] John Almond and Gravely. So we made that change with two things at once. And then the stories were [different]. I pitched a number of stories and Fox was less leery of offending, for example, the church or institutions. They embrace pushing the line.”

Over 70% of all Facebook users globally will be mobile this year, and by 2018, more than three-quarters of the social network’s audience will access the platform via mobile phones on a regular basis, totaling 1.34 billion users.

“Facebook has been a leader helping marketers to transition to mobile advertising,” said Debra Aho Williamson, principal analyst at eMarketer. “Because the Facebook experience is basically the same across devices, advertisers don’t have to reinvent the wheel to place mobile advertising. As Facebook’s user base shifts even more heavily toward mobile, it is well positioned to see increasing ad revenues from this channel.”

Overall, there will be 1.58 billion mobile phone social network users worldwide in 2015, according to eMarketer. Even considering the ban in China and strong local social networks in other large-population countries like Russia, mobile Facebook users will still represent more than 60% of the worldwide mobile social audience.

The US will remain the largest market for mobile phone Facebook users this year, and nearly 80% of users in the country, or 123.1 million people, will access the site regularly via mobile phones. Mobile ads will account for 74.0% of the company’s ad revenues stateside, eMarketer estimates, slightly higher than its share on a worldwide basis.

eMarketer bases all of its forecasts on a multipronged approach that focuses on both worldwide and local trends in the economy, technology and population, along with company-, product-, country- and demographic-specific trends, and trends in specific consumer behaviors. We analyze quantitative and qualitative data from a variety of research firms, government agencies, media outlets and company reports, weighting each piece of information based on methodology and soundness.

In addition, every element of each eMarketer forecast fits within the larger matrix of all its forecasts, with the same assumptions and general framework used to project figures in a wide variety of areas. Regular re-evaluation of each forecast means those assumptions and framework are constantly updated to reflect new market developments and other trends. 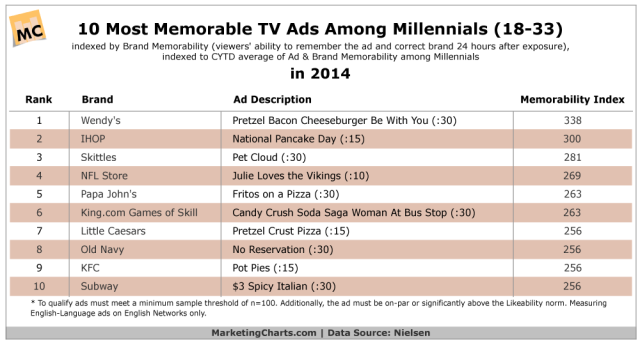 ITV at 730P had the big program of the evening. ‘The 2015 National Television Awards’ achieved its best ratings in four years as the Dermot O’Leary-hosted event attracted an average audience of 6.30 million viewers (28.1%). This is up by around 400,000 viewers from last year, and is its best score since 2011’s 6.5 million viewership.