ESPN Tops on Monday in the U.S. BBC One Wins In The UK. Seven #1 in Australia.

Posted on December 16, 2014 by overtheshouldermlb 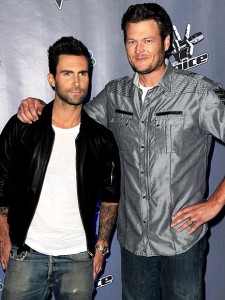 The Disney Sport Channel was #1 on Monday. At 8P, ‘Monday Night Countdown’ drew 1.893 million viewers. Then at 815P, ‘Monday Night Football’ featuring the Atlanta Falcons defeating the Chicago Bears at Soldier’s Field in Chicago and drew an average of 11.072 million viewers down from last week’s game as the Falcons won 31-15.

The Peacock Network won for the second straight night as a broadcast network on Monday. At 8P, ‘The Voice’ delivered 12.17 million viewers and a 7.9 rating/12 share in households as it delivered its top Monday performance in six weeks. But at 10P, ‘State of Affairs’, which will be replaced in midseason by sophomore medical drama ‘The Night Shift’, slipped badly with 6.49 million viewers and a 4.0/7. It delivered nearly 3 million less viewers in this time slot than CBS’ ‘NCIS: Los Angeles’. This is no replacement for ‘The Blacklist’. It can’t compete. NOTE: NBC carried NFL football in the New Orleans market. Ratings for NBC are likely inflated as a result.

The Tiffany Network has finally found a way to shore up its 10P time slot and with it a chance for again winning Mondays. At 8P, ‘2 Broke Girls’ had 7.83 million viewers and a 5.8/8 . At 830P, ‘Mike & Molly’ increased a bit with 7.87 million viewers and a 4.9/7. At 9P, ‘Scorpion’ with a terrific episode about the rescue of a young boy drew 9.89 million viewers and a 6.7/10 and was the top program of the night at Black Rock. At 10P, ‘NCIS: Los Angeles’ finally has provided CBS with a competitive program in this time slot which has been unstable at the network for years. On Monday, it delivered a strong 9.45 million viewers and a 6.1/11 and #1 in the time slot on Monday. The episode which was all about relationships during the Christmas season was excellent and is one of the reasons this cast is better than most. It is the reason why this program will be a strong competitor against ‘Castle’ for the ‘Battle @ 10P on Mondays’ in the future.

The Alphabet Network decided to run specials and reruns on Monday as it sister cable network has NFL football. At 8P, ‘The Great Christmas Night Flight’ drew 6.0 million viewers and a 3.4/5 which was 23% below the 4.4/7 for the season-opener one week earlier. At 10P, the power of the network on Monday’s, ‘Castle’ was a rerun and finished third with 5.19 million viewers and a 2.9/5 with an episode that brought back the ’70’s disco era. While a rerun, it was fun. But then again, it was a rerun against first run programs. NOTE: ABC carried the NFL game in Chicago. Ratings for ABC are likely inflated as a result.

The Animal Network of Broadcast didn’t have ‘Gotham’ to save it on this Monday. Instead, at 8P it had ‘The American Country Awards’ and could only draw 3.39 million viewers and a 2.2/3. How many country music awards are there? Besides the ‘CMA’s’, are any of these other award shows relevant?

The Little Network That Couldn’t didn’t. At 8P, fourth season premiere of ‘Hart of Dixie’, which is moving to Friday in three weeks, opened with only 1.20 million viewers and a 1.0/2. It should have died before and put to rest. Friday is not going to help this show. At 9P, the critically acclaimed but lack of viewership, ‘Jane the Virgin’ drew 1.27 million viewers and a 0.9/1. This night is not a good one for the little one.

On this date in 1951, NBC-TV debuted Jack Webb’s ‘Dragnet’ in a special preview on ‘Chesterfield Sound Off Time’. The show began officially on January 3, 1952. With Raymond Burr as Sgt. Friday’s chief, an ex-con bears a grudge against the city of Los Angeles. He wants to blow up city hall unless his demands are met. He has a powerful bomb. The police find 28 sticks of dynamite in his apartment. Only Sergeant Friday has the power to stop this 1950s terrorist attack. 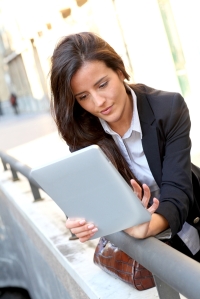 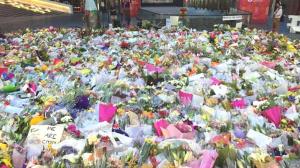 Seven #1 in Australia on Tuesday. ‘Nine News’ top program in the nation.